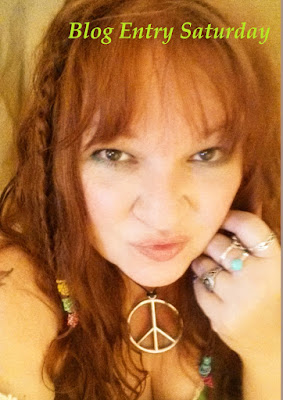 For quite some time now, I've been restless about the field of paranormal investigation. Why, you may ask? Because I really want to do more to question assumptions about how we hunt for ghosts.

There are some popular assumptions that make me have to perform mental gymnastics to accept and y'all know how I like to question things - it's why I started Ghost Hunting Theories. Here's the myth I want to tackle first -

Myth: We must call out questions during an EVP session.

Do ghosts have auditory canals? Is it necessary to create sound waves?

Problems: Here's our ghost hunting issue--a lot of times during EVP sessions, the questions asked are not answered. We listen to a word or two and say "huh?" Is it entirely possible that a spirit voice would be reacting to the thoughts inside of someone in the room's head? We ask "What is your name?" and one of the investigators is thinking about his empty stomach and what to eat later on and the spirit voice recorded says "hamburger." So, how do we: 1. Prove that you don't need to speak out loud, you can simply think a question and 2. Be sure everyone in the room is thinking the same thing so the answer is definitely to the only question being focused on?

Experiment: Place the recording devices around the room (and other rooms), set the team down at a table in a controlled EVP session in which all sounds are tagged (stomach grumbling, someone coughing, air conditioner turning on) and have a leader at the table. The leader will regard a watch. He will begin with "start" and when he says start, everyone looks at a piece of paper that has a question on it. They read the question over and over silently and focus on it in their minds for 30 seconds when the leader says "next" and they go to the next paper and think and read in their minds that question. The team does this until 10 questions for 30 seconds each are focused upon in 5 minutes' time. Session is over.

What can we surmise from this experiment? Well, the first 30 seconds until the leader says "next" we know that the question was "is there anyone here?" If there is a reply on a recorder, they can correlate that answer with the question thought.

If there is a voice recorded and the word(s) are unrelated to the question, we can try this experiment many times to be sure that wasn't an aberration. Then eventually, if the same things keeps happening, we can assume that these voices captured do not need us for interaction, are not answering us, are just as random if we are silent as if we speak out loud.

But, should we get an answer that is appropriate within that time period of asking that question, we can make an assumption that the way of communicating is not necessary with voice, but with thoughts. This also expands the concept of using a psychic or spiritual means such as seance to communicate. It also means that the very hunters in a room could make an EVP session difficult with blending a lot of separate thoughts, so perhaps either having a lone person doing EVP with a camera on him to record his interaction or another controlled session of pre-planned focus questions is going to be more effective.

Y'all know that when I did the haunted formula in the summer of 2009 and then did so much questioning of methodology among hunters and assumptions about ghosts and their habits, that I would eventually get restless. Well, restless has turned into action.

My team performed the test once in a building that had no activity all evening. It was an utter bust. We are going to perform this same test repeatedly and get a sense of the averages in which it proves speaking out loud makes no difference or perhaps it is necessary.