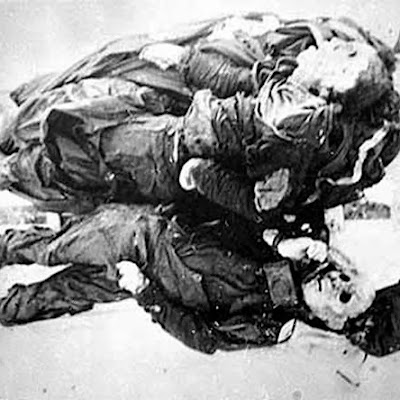 In 1959, 10 hikers headed up into the Ural Mountains in the USSR and nine were found dead. One member had to return early in the voyage due to illness. The Soviets said it was a powerful force of nature. It would have normally been called a tragedy in cold weather, their conditions raised questions. They were no signs of struggle, yet two victims has fractured skulls, two had broken ribs, and one was missing her tongue.

Diaries and cameras found there helped to get an understanding of what was happening before. They discovered the group had hiked up and perhaps got disoriented and had to hunker down and make camp against the elements.

When rescuers arrived to find out why they had not returned, they found a tent that was half collapsed and inside were their belongings and shoes. The tent had been cut open from inside. The tracks showed the people escaped barefoot or with one shoe or socks only.

It gets even weirder. They came across a fire that had burned out and two bodies there in underwear and shoeless. Branches were broken on a tree indicating someone had climbed up for perspective of where the camp was.

Three bodies were found headed back in the direction of camp, dying separately along the way.

It took more than 2 months to find the other 4. They were in a ravine under many feet of snow. It appeared they lasted long enough for survivors to pilfer clothing from the dead members.

The bodies could have died of hypothermia, but the ones in the ravine showed signs of serious internal trauma, but no external trauma, with fractures of the skulls, broken ribs, and a missing tongue in one of them.

Theories then started unfolding. The most prominent theory is avalanche that broke up their camp and they gathered what they could and exited, to perhaps succumb to more avalanche activity in the ravine. This theory has been shot down by the fact that their footprints can be seeing leaving the area and were not covered in snow.

Some theorized the native Mansi people might have attacked them, but there were no signs of any soft tissue damage from blows that would have caused the internal breaks and the tent was cut open from within.

Journalists produced this information; 6 died of hypothermia, 3 died of injuries. Forensics showed high radiation contamination on the clothing of a few victims.

Even questions arose when someone who attended five of the campers' funerals, said they had deep brown tans. Another group of hikers in that region at the same time said they saw orange orbs in the sky in approximately the area the victims were camping. Later, these lights were reported to be testing of intercontinental missiles. 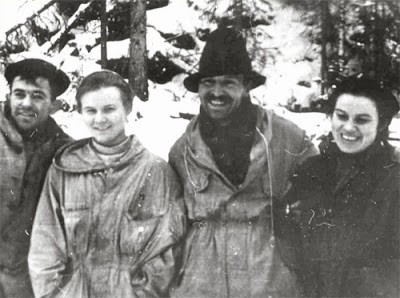 What nags at me the most is that they cut the tent open to escape and two campers were found in underwear, no shoes, but near a campfire away from the camp. They escaped in such a rush, they tore through their tent and raced away barefoot and undressed and yet were able to build a fire in the night? Who carried matches in their boxers?

They had found the tree limbs torn away from a tree near the two huddled at the fire and the broken branches showed the pulp of their flesh having been torn away as they tried to climb the tree. Yet, there were only their tracks there, and no animal tracks.

Even though the bodies of the clothed ones found in the ravine under 12 feet of snow had crushed chests and fractured skulls, there was no bruising or signs of tissue damage, yet the physician said they had been hit by the force of a car accident.

In one of the more eerie aspects, one of those buried campers was found with her head pitched back, mouth wide open and tongue torn out at the root!

Funeral attendants reported the skin was a strange orangish color, hair had dropped out and what was left was a dull grayish color.

With none of them being bitten or eaten and their supplies remaining intact at camp, it seems unlikely it was the Mansi Tribe or some kind of bear or predator.

What is interesting is that the Soviets even allowed all the details to be public. If they had a hand in the death of these hikers by military means (and this being the hottest point in the Cold War), they never would have allowed the info out that was shared.

So, what do I ultimately think of it? I think the most likely explanation is that they heard a sound, thought it was a coming avalanche, and got the hell out fast, died of hypothermia and injuries from falling into a ravine in the dark.

I think there would have been a massive coverup of the incident all together if it were something military wise. The only thing left is something of a supernatural nature. The reason I hang onto this one is the woman whose head was wrenched backwards and her tongue pulled out at the root. The only other possible explanation is that in hypothermic insanity - they went crazy and turned on one another. Still, I have about 30% of me riding on something extraordinary to explain that unbelievable night.