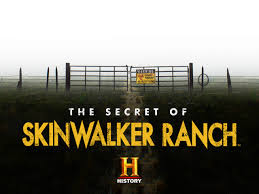 Like the majority of the readers of this blog, Dennis Guern and I are fascinated by the fantastic History Channel show, "The Secret of Skinwalker Ranch."

Let's recall that Fugal's holding company that bought the ranch was called Adamantium. What is this? Well, let's look popular culture to find the answer - 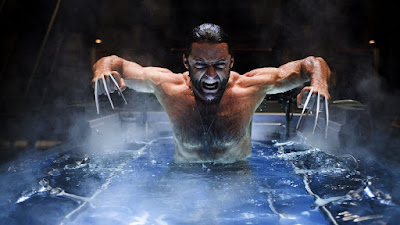 Adamantium is a fictional metal alloy appearing in American comic books published by Marvel Comics. It is best known as the substance bonded to the character Wolverine's skeleton and claws.

Element 119 is utilized in the movie series as the periodic table designation of Adamantium. If you look up element 119, this is what it says -

Ununennium, also known as eka-francium or element 119, is the hypothetical chemical element with symbol Uue and atomic number 119. Ununennium and Uue are the temporary systematic IUPAC name and symbol respectively, which are used until the element is discovered, confirmed, and a permanent name is decided upon. 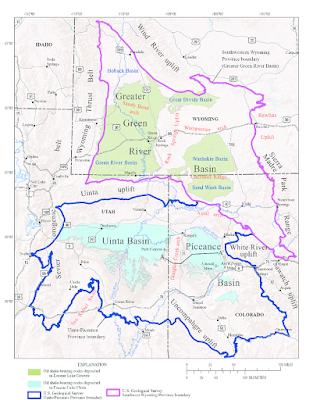 We were knocking around the geology of the area - as it seems to possibly create glowing lights and radioactive readings.

In looking into it, the Green River region in the Uinta Area is known for some REEs (rare earth elements). These interesting items on the elemental table are utilized for a variety of things and have some unusual qualities, from being radioactive to phosphorescent. They are used heavily in technology. These can be technologies that are in the aerospace sector and would be greatly helpful for space travel and off-earth living.

Atop of that, add things like gold, silver, copper, oil, and rare earth elements and you have a land that is so resource rich as to be an ideal attraction possibly for aliens, ancient giants (next Tuesday's post), or man today- especially man who wants to develop aerospace resources.... (think Bigelow and also Fugal who has a degree in aerospace).

It was rather telling we haven't heard from a geologist yet and the land they are atop of is known for a lot of resources, as well as issues with gamma rays and radioactive sites like the well at Homestead 2. (Adamantium Ranch...)

Let's take a look at some of the elements mined in that area by Ouray Mining District, Sun Havenstrite Well, as well as other mining interests.

neighborite - can be utilized in high temperature superconductive thin films. This one was discovered in the Green River area in Utah by Sun Oil Co.

shortite -  fluorescent and pyroelectric. Pyroelectricity is the ability of certain materials to generate electrical potential when they are heated or cooled. the effect was first discovered in quartz and tourmaline.

Steinaker Draw 6 uranium mine is about 20 miles away.

Ouray Mining District and Sun Havenstrite are about 14 miles away.

It's interesting to note some other things about Utah and radioactive elements in the earth - like Uranium which is mined in the Southeastern Utah area.

Popular mining areas for these are in Uinta area and also Southeastern Utah. 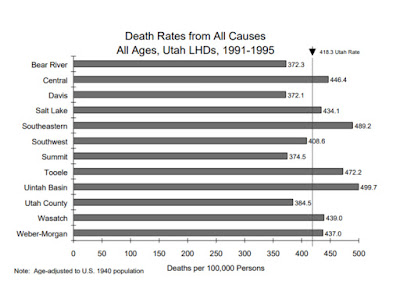 The major deaths in Utah are cancer and heart disease.

It is a dangerous land to be harboring radioactive elements. But, there is also great potential there.

In considering the "vault" underground being detected, many might assume this was a buried spacecraft or perhaps the cavernous chambers of a giant culture that mined such things.

But, another thing to consider is that over time, things on top of the soil get buried by sediment and debris until they are deeper underground. Something that might have been in the Uintas 10,000 or so years ago would be deep underground by now.

The western half of the Uintas had ice shelf on it during the Pleistoscene, but the eastern half did not. The land was open to erect a structure or land a ship.

(It's interesting to note that halloysite is mined in the Uinta District - this is utilized for nanotechnology).

Dennis Guern's and my ongoing question for Fugal is, "hey dude, why no geologist?"

Or was the Adamantium nod a hint being dropped to the ultimate outcome of the secret of Skinwalker Ranch?