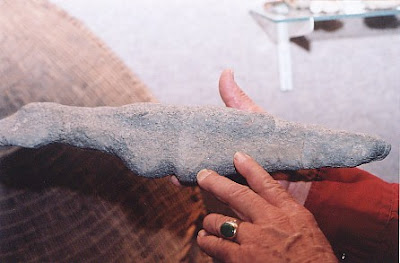 I would like to thank MK Davis, Dennis Guern, James Carroll and Don Monroe for their input on this information and findings. Without researchers with their feet on the ground and their head in their books, we wouldn't make these kinds of gains in understanding. I have long noted strange discrepancies, but with their field work and book work, I'm able to express this in this important posting.

Lovelock Cave in Nevada has long been a location of great debate because of Paiute legends of red-haired giants long ago and their ancestors trapping and burning them within the cave.

In the early 1900s, guano farmers dug through the cave for bat guano and found tons of artifacts and skeletons. The skeletons were said to be giant-sized and having red hair.

Since much of this was disregarded, pilfered, and reburied, a lot of history was lost, but some remains in the form of artifacts that scientists tout as one thing while practical people must shake their heads and scoff. Here's why -

Water-tight vessels for moving water, made out of reed, were highly skilled woven baskets and said to be Paiute tribe - although we need to re-look at this.

These pots found in the ancient Pleistocene lake, Lake Lahontan in Nevada. The Lake was at its peak 12,500 years ago and dried up by 9000 years ago. That means these woven reed baskets and pots had to be made perhaps 10,000 or more years ago (when the lake was there in the area). Are we saying that the Paiute tribe had the capability of making these sophisticated water-tight reed baskets with the skill set of the Egyptians?

With other cultures around the world showing such technology around 7000 years ago, how were the Paiutes supposedly using advanced technology as the Egyptians credit themselves for at the 10,000 to 12,000 year mark? Were these baskets built by a prior people in both locations? 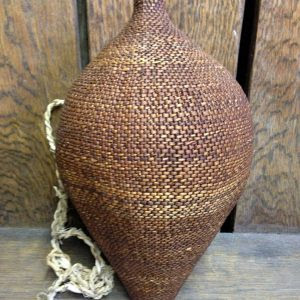 LINK: Signs of shamanistic smoking have been found in Peru and Ecuador dating back to 5000 BCE, usually in rituals involving inhaling the smoke of dried plants as an incense. Pipes carved from stone, gourds or wood appear first appear thousands of years later in North America and most archaeologists dated them and their use with tobacco to around 500 BCE.

So, we would extrapolate this to American Natives started using pipes about 2500 years ago. So where did a perhaps 10,000-year-old pipe come from? 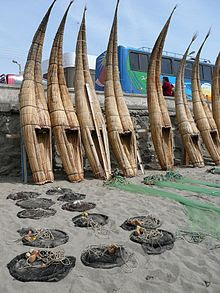 According to Paiute legend, their ancestors dealing with the red-haired giants drove them off for their cannibalistic ways and the giants climbed into their reed boats and spent a long while living on the lake. Why does this seem odd? LINK: The earliest discovered remains from a reed boat are 7000 years old, found in Kuwait.

Lake Lahontan was dried up by 9000 years ago. That means the giants' reed boats were much older, perhaps 10,000 years and more. A rather advanced people, eh? 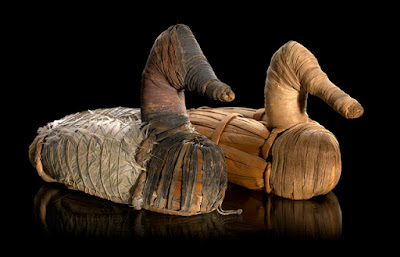 LINK:  The decoys, whose bodies were constructed of tule rushes bounded together with a twisted tule cord, were amazingly lifelike. Long rushes were bent over, forming a rounded bobtail, and bound together with two heavy cords, about four inches from the tail and another four inches down the body. The extra length was then trimmed. The decoy’s head was made from wrapped rushes, forming a likeness to a canvasback’s head and bill, which was attached into the cut end. Split tule rushes were bent over the joint to form the decoy’s breast. Eight of the canvasbacks had a reddish ochre coloring to the heads and blackening of the breast. Actual white canvasback feathers were attached to the bodies by sticking the quills under the twisted cords and securing them with thread. One of the decoys has a short string under the tail, which may have been used to attach small stones, either circled with grooves or with holes drilled through the center, as some were found bagged in another pit. In 1986, Dr. Donald Tuohy of the Nevada State Museum and Dr. Kyle Napton of the Institute of Archeological Research at the University of California used the latest method of dating antiquities, finding the decoys from Pit #12 to be 2160 years old (plus or minus 180 years), making them the earliest known examples of artificial waterfowl decoys

Goose decoy heads, probably used as stickups, were found in Lovelock Cave in 1912 and are now in the collection of the Phoebe A. Hearst Museum of Anthropology in Berkeley, California. To make these decoys, the skulls were removed from the dead birds, leaving the feathers and bill intact. They were then stuffed with chewed tule leaves, reshaped, and mounted onto bound tule stalks. The lower mandible of the bill was tied into place by running a thread through the upper mandible nostrils and tying it. In some cases, enough of the birds skin was saved to stretch over a tule foundation, creating a floatable full-bodied decoy. Preserved prehistoric specimens of white-fronted, Canada and snow geese, as well as American mergansers, pintail, wigeon, brant, whistling swan and ring-necked ducks have been documented from this region. 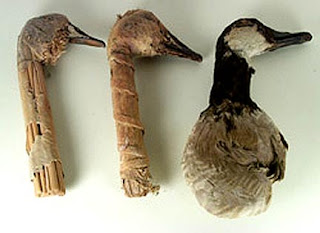 Once again, inconsistencies. For a people in this region to be focused this detailed on duck decoys, they had to have marshes and water. Since after 9000 years ago, this area has been an arid desert around Lovelock Cave. The skills show that a group of people (unknown if these are Amerindian or other prior people the Natives speak of), were developed over a long time at lakeside - thousands of years.

This hammer found there is quite interesting. Especially when we compare it with the comparison of a 6000-year-old one found near Mount Vernon (below). Most of these are attributed to Woodland Period which was about 1000 CE. Apparently the one above was 9000+ years old and much finer carving than the 6000-year-old one below. 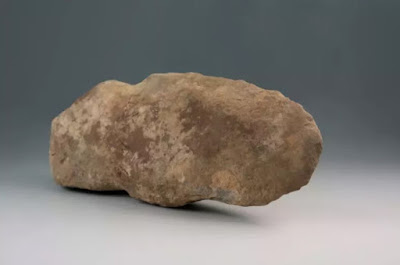 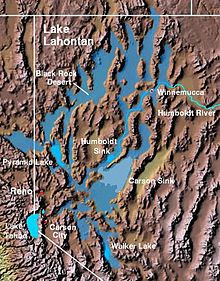 LINK: A large endorheic Pleistocene lake of modern northwestern Nevada that extended into northeastern California and southern Oregon. The area of the former lake is a large portion of the Great Basin that borders the Sacramento River watershed to the west....At its peak approximately 12,700 years ago (during a period known as the Sehoo Highstand), the lake had a surface area of over 8,500 square miles...The lake had largely disappeared in its extended form by about 9,000 years ago.

The last remnants of the once long-ago lake are Pyramid Lake in Nevada (64 miles) and Walker Lake (60 miles) in Nevada. These are very far from Lovelock Cave. That is a very long distance for a duck-focused culture.

LINK:  "Sarah Winnemucca was a Paiute leader who stood for peace between the races at a time when white settlers and the native peoples were caught in a deep divide. Sarah spent her life building bridges across the chasm, and at times she was cast out by both sides. Red headed giants: To deepen the appreciation of the remarkable woman, Sarah Winnemucca, producer Gwendolyn Clancy and historian Dr. Sally Zanjani traveled around Nevada to the places that figured prominently in Sarah’s life including the Humboldt Sink, Pyramid Lake, Genoa, Johnstown, Virginia City, Fort McDermitt, Winnemucca, Lovelock and Carson City. This production includes interviews with Winnemucca family members Dorothy Ely, Sherry Ely Mendes, as well as Paiute tribal member Ralph Burns. According to the oral history of the Paiute tribe in Nevada, a red-haired tribe of cannibals lived near the Paiutes, and often harassed them with constant war, and occasionally captured victims to eat. After years of warfare according to Sarah Winnemucca, Hopkins, the daughter of Paiute Chief Winnemucca said that eventually the Paiute tribes had all had enough, and decided to band together to eradicate the Si-Te-Cah (translated as “tule-eaters”) for good. As the legend goes, the battled waged on and eventually the Paiutes chased the last remaining Si-Te-Cah to a cave where they had taken refuge. The Paiute attackers intended to leave none alive, and so demanded that the Si-Te-Cah come out of the cave. When they wouldn’t, the Paiutes filled the cave entrance with brush and set it ablaze, hoping to drive out the last remaining survivors. The smoke successfully flushed a few, who died in the volley of arrows, and those remaining in the cave suffocated and died. An earthquake eventually collapse the cave entrance to the point where only bats could enter. The remains of these giants were eventually found deep within Lovelock cave". Sarah referred to a dress that was decorated with some of the red hair of the giants.

Once again, scientists and academics try to pigeon hole and make things fit, but their discrepancies show an agenda. They are so focused on timelines and accrediting all to the Amerindian people that they miss the very real possibility that there were other people here, even before the Amerindians who themselves have legends of the prior people when their people arrived.

These earlier people seem to reflect Egypt's supposed history and odd timeline of strange technology before their time.

They give us dates and technology that don't jive with the time periods. And the biggest abomination is trying to make duck-culture artifacts fit in the 2000 years ago timeline, nearly 7000 years after water was gone from the area with the closest remnant lakes 60+ miles away.

This is only PART of what I am uncovering in discrepancies. I plan to expand this as I find more and more things that don't jive and also don't jive with the cave they let the public view today. Ultimately, this information will find its way into a cited report on Academia.edu.

OTHER INSTALLMENTS OF THIS SERIES -