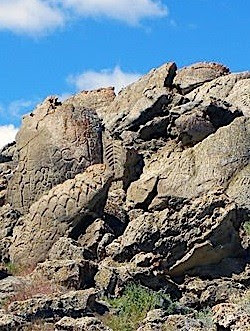 Trying to put a time line on when the red-haired giants arrived in the Humboldt/Winnemucca area in Nevada isn't too hard to pinpoint. We have a few points of reference and one of them being the oldest glyphs in the Americas in the Lake Winnemucca area, rather obvious designed by a culture that was based on water. 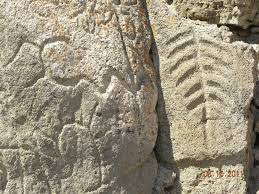 The fish-scale and fish-bone-looking rock art (pics above) have been dated to 14,800 years ago. That is longer than we have even recognized man being in the Americas. It is located in the area where reportedly the red-haired giants appeared, a culture that was obvious water-oriented with reed boats, duck decoys and more. (see upcoming post about Death Valley Hav-Masuvs versus Lovelock Cave's red-haired giants).

Let's put this in perspective:

Scholars have said 13,500 years ago perhaps there was man in the Americas. Then, a new dig site in Florida revealed (according to SMITHSONIAN reporting on the dig site) "They also found a mastodon tusk, scarred by circular cut marks from a knife. The tusk was 14,500 years old." And there is still debate about whether to consider this legitimate human habitation in America.

Naia, an ice-age girl (oldest human remains found in Americas) was from 13,000 years ago in Mexico. Arlington Springs in the Channel Islands of California, a woman's bones were found dating at about 13,000 years ago.

The peak of Lake Lahontan, the ancient Pleistoscene lake at Lovelock Cave and that whole region was 12,700 years ago with a surface area of 8500 square miles. The lake was mostly gone by 9000 years ago. Lake Winnemucca, the area where the glyphs were found, was a sub-basin within Lake Lahontan. Some of the glyphs had tufa layers from water rising above them, so they are quite ancient, likely beyond 13,500 years. In the area, the oldest known human was the Spirit Cave mummy dating 9400 years ago. 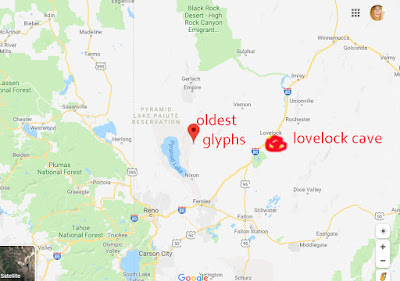 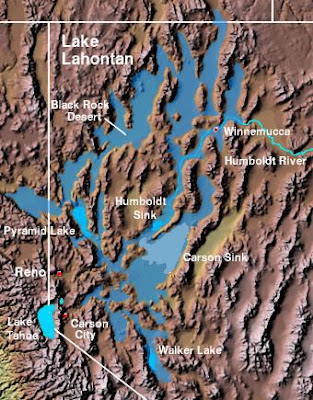 If you look at where Pyramid Lake is (remnant of the giant Pleistocene lake), that Humboldt Sink area housed a culture designed with water around it, including the glyphs and Lovelock Cave. It is in that sink that the slope-headed skull was discovered.

The mystery gets deeper and deeper, but it appears a very ancient culture existed in the prime time period of late ice age lakes and much longer ago than scientists had been willing to admit.

For more info on the glyphs, check out THIS article in National Geographic.
For more on bird glyphs, look at THIS article.