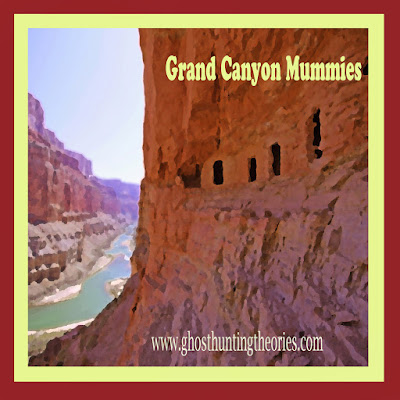 Prior installments in the series:

In today's installment of the series, Dennis Guern and I look at the Hopi People's legend of the first world and second world and the "ant people" who helped. 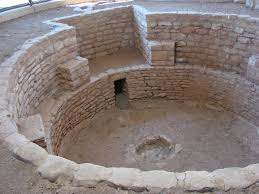 LINK: Sipapu is a Hopi word for a small hole or indentation in the floor of a kiva or pithouse. Kivas were used by the Ancestral Puebloans and continue to be used by modern-day Puebloans. The sipapu symbolizes the portal through which their ancient ancestors first emerged to enter the present world.

Hopi mythology (and similar traditions in other Pueblo cultures such as the Zuni and Acoma) states that this is the hole from which the first peoples of this world entered. As they stepped outside of the sipapu, they changed from lizard-like beings into homo sapiens, or human form (See Waters, 1963, and later reprints; Courlander, 1971). It is from this point that the "First Peoples" of the Earth began to divide and separate, creating differing tribes along the first journeys of the first humans. The original sipapu is said to be located in the Grand Canyon.

Sometimes, legends really do carry bits of truth, but the stories may be so mundane as to be not passed on by the listeners. Some embellishment to retain the seriousness of the matter is necessary. Do they believe their people emerged from a hole in the Grand Canyon area? Let's look at their legend of the worlds -

LINK:  The Hopi Indians have lived on the high desert of northern Arizona for thousands of years. This barren but beautiful landscape was the place where Hopi gods directed them to build a number villages made up of pueblos—what we today would call stone apartment complexes. Here the Hopi managed to flourish by simply growing corn, beans, and squash with very little rainfall and almost no irrigation.

One of the most intriguing Hopi legends involves the Ant People, who were crucial to the survival of the Hopi—not just once but twice. The so-called “First World” (or world-age) was apparently destroyed by fire—possibly some sort of volcanism, asteroid strike, or coronal mass ejection from the sun. The Second World was destroyed by ice—Ice Age glaciers or a pole shift. During these two global cataclysms, the virtuous members of the Hopi tribe were guided by an odd-shaped cloud during the day and a moving star at night that led them to the sky god named Sotuknang, who finally took them to the Ant People—in Hopi, Anu Sinom . The Ant People then escorted the Hopi into subterranean caves where they found refuge and sustenance.... (odd shaped cloud and star at night sounds like UFOs by day and night. The Paiutes tribe has a legend of the Hav-Masuvs who lived underground and used flying metal machines. Interesting how disparate tribes had a similar legend) 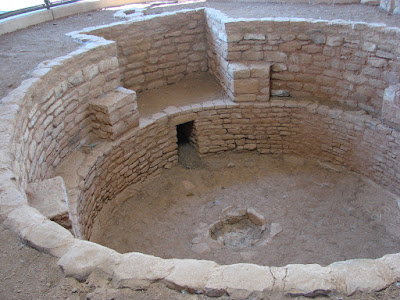 It is interesting to note certain tribes seemed to have a jump in technology. The Hopi speak of being able to eek out some growing and crops, not really any irrigation to speak of, but then the HoHoKam tribe had an extensive canal system. The mummies of the Grand Canyon find supposedly had seed supplies stored away in their cave. These were a people who likely farmed. Did they teach the Hopi ancestors more advanced methods of farming? Did they take them into their caves and house them or help them to survive some catastrophe above?

The newspaper report mentioned that tens of thousands could have lived underground in these caverns.

It's always interesting to find a native legend that might correlate with actual encounters and events. The story of the Grand Canyon mummies to some was a hoax or fictional fun, but when the Native People of the area have a legend that supports it, one has to wonder....

Next installment of Grand Canyon Mummies, Dennis Guern and I compare the supposed Death Valley mummy finds underground and the Grand Canyon's...