Psychoacoustics - How Sound Affects Our Minds 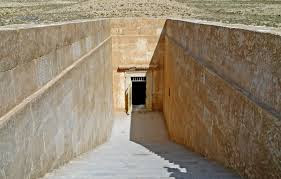 Ancients seemed to like constructions and caves that harnessed 110 Hertz when chanting. Why? What did it do for them?

Sound can create levitation (above). That's a pretty heady thing to realize that if we understood the effects of sounds on objects, what we might learn about their effects on our bodies. Take a look at what infrasound (low frequency sound below our range to hear) can do to water -


What about the ancients and their knowledge of sound? Stone megaliths were a sought after production around the world. But why? Why drag heavy rocks sometimes hundreds of miles to use a specific variety, to cut in amazing ways and construct precise sites? Why not wood? Why not sod? What were they doing? 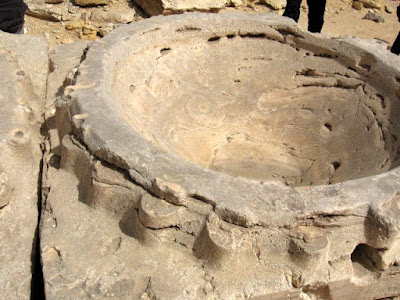 (SOURCE LINK) The many astoundingly beautiful monuments of the Giza plateau, along the Nile River in Egypt, display a remarkably precise set of engineering specifications and psychoacoustic effects that indicate an ancient biorhythmic synchronization network once operated on a global scale. Preceding the Dynasties of the Pharaohs by several thousand years, this global pyramid culture was a technologically advanced Sanskrit world nation that employed these giant crystalline structures to synchronize the pineal, hypothalamus and pituitary glands with the human heartbeat at temples and sacred sites worldwide.

The Hypogeum Hal Saflieni in Malta is considered the oldest underground temple discovered yet. The chambers come with some interesting acoustics. Withing it is an oracle chamber carved out of limestone. When one spoke within it magnified and resonated throughout the halls. It resonates at the magical 110 Hertz that some caves and other structures have been shown to create.

Some have speculated it was built this way to enhance spiritual experiences and visions. It is believed 110 Hz could help to shift one from left brained language center to right brain emotional center. Any way you look at it, this 5000-year-old structure and many more around the world show that man had a preoccupation with chanting vessels and particular harmonics.

In the video (below), he talks about right-brained activity stimulated by sounds. It creates a greater consciousness, it evokes memories and associations. When we listen to music, we are stimulating that side of the brain in a kind of emotional vision quest.

I have spoken of it here on the blog (right hand side - post  Are Bigfoot Autistic) how Bigfoot are likely right-brained and their focus is vastly different than ours, as is their ability to store knowledge like a savant. I am spatially synesthetic and I save information in a sort of grid around me to retrieve and this is the sort of synesthetic storage of knowledge they would possess. They could retrieve info we don't seem to hold onto with accuracy. Their retrieval would be through sounds (see also the post on the right about Bigfoot Language)

In New England, ancient underground stone structures of megalithic proportions showed something unusual  - they made no logical sense for the people or the reported purpose.

The structures were nothing like an Amerindians tended to construct with techniques that were specialized. Were these acoustic chambers too? They appeared to be with an oracle chamber and a speaking tube to resonate around those around the altar.

Here's another video for some perspective -