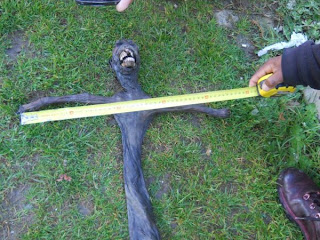 Looks creepy, eh? This one was explained. It was found to be a newborn baboon, killed by a bite through the skull which is not unusual in that group of animals to have infanticide. 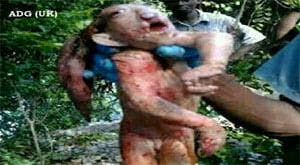 The African troll (above) video made its way around the internet. According to the hunters' story, they shot one and chased it into a lair where there were more they had to do battle with. 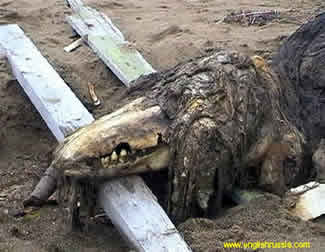 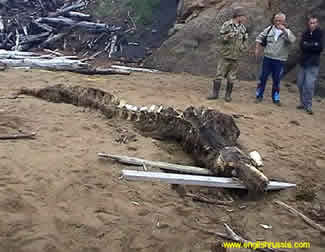 This critter (above) was found in San Antonio, called a chupacabra, one of the odd hairless, hopping, bizarre looking dog-like creatures being discovered fairly often in the south. 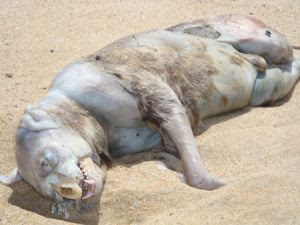 In 2008, something washed ashore in near Montauk, NY that came to be known as the "Montauk Monster."  Many believed it was the result of animal experiments on Plum Island nearby where the government did animal testing. Ultimately, a naturalist pointed out that it very much did appear to be a raccoon without  its fur and decomposing. 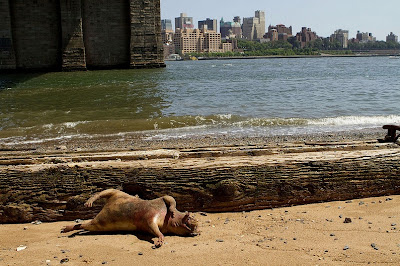 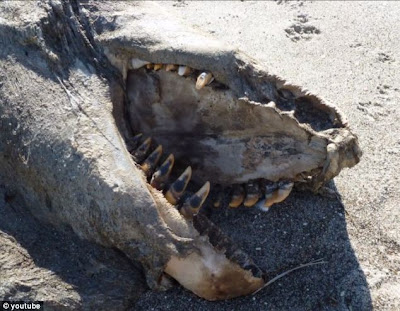 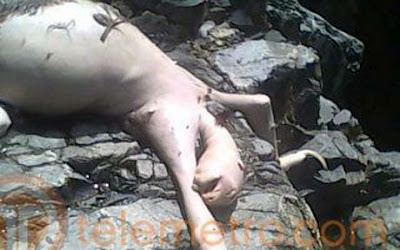 The Panama Monster is an interesting story. In 2009, the creature was found by some teenage boys near a cave where they felt threatened and hit it with sticks and stones and killed it. Some saw the photo and called it a hairless sloth. Supposedly, a sample from it showed that it was a brown-haired sloth.

Interestingly, most all these "monsters" washed ashore. What the water does to fur and skin, bloating the body, decaying away jaws and such, leaves something that barely resembles the original form. Still, within all these pictures above; I have to wonder which one might truly be unexplainable?