The Stalker Between the Worlds: Encounter 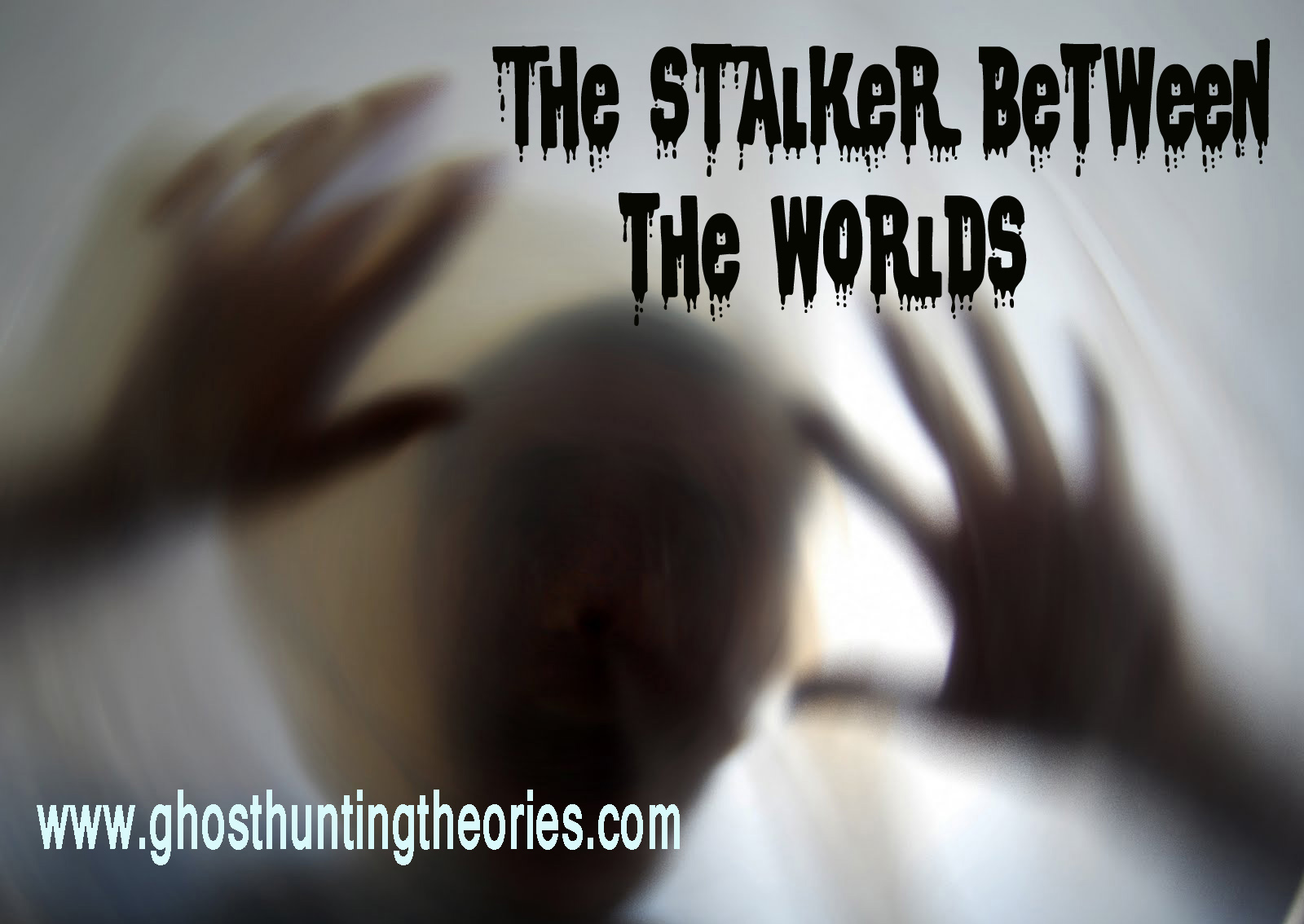 It wasn't particularly active recently, so the Walker was relieved that his home seemed to be untampered with and the roadway looked pretty much as always, except the deer skull and mandible that remained at the quarry driveway as usual. If it weren't for that reminder, he might have dreamed the whole thing.

The Walker couldn't help cursing himself when he got distracted by something odd along the roadway in the grass. It was just a cup. It shouldn't have drawn his notice, but people in his area were not the types to set down a cup in the grass with liquid in it and just kick back and have a drink. It made no sense, sitting upright and filled with some kind of brown liquid, with an imprint of a butt and two feet on the muddy earth.

He walked over, stopped short and took note of some odd things. First, the cup was upright, had fluid, but also some kind of plant matter, like a weird tea brew. Secondly, there were marks where someone had sat there with the cup between his legs, his butt left a muddy imprint and 57 inches away, his heels had dug in. 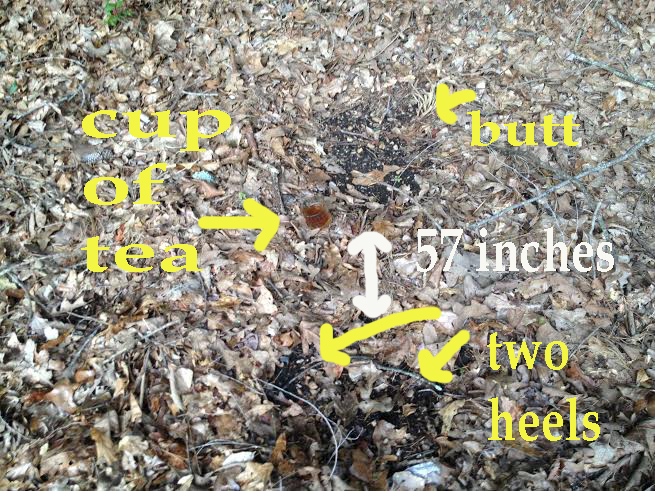 The Walker peered into the cup. It looked like tea, had leaves and bugs and such inside as if someone left it behind and nature took over, someone whose feet were planted, so his knees were bent and yet that 57-inch distance from butt to feet with bent legs meant, well, really long legs!

Although he couldn't imagine someone carrying tea all the way out to the middle of nowhere, sitting down and sipping it, it seemed just all kinds of wrong to his way of thinking, but the Walker did not want to contemplate it. He had to get his walk done today, there were chores ahead.

A week later, the Walker was cutting a brisk pace when in that same area, his eye caught something white. He walked over to find a styrofoam cup. It was filled with all kinds of plants, twigs and such and as he studied it, he saw that there was a hole punched into the side, as if someone had filled it with herb matter, filled it with water, and then punched the hole to drink it out like a makeshift filter. 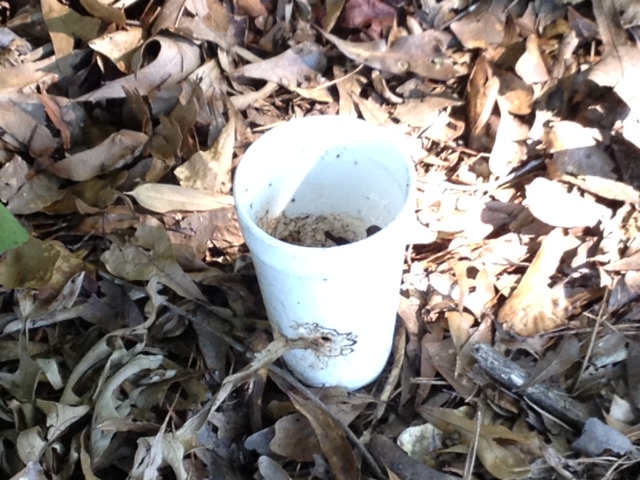 Not wanting to acknowledge whoever was setting up housekeeping along the country road, the Walker sped off to finish his circuit, until he came back the next day to find the cup crushed with claw marks. 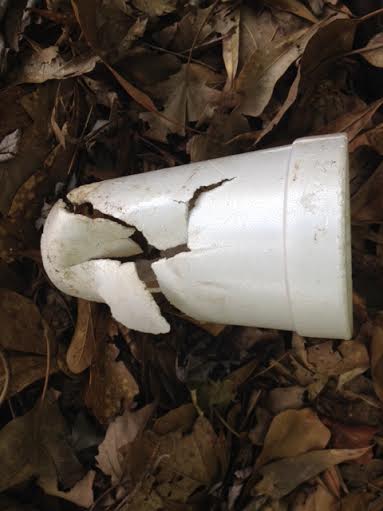 The Walker had no intentions of letting tiny disruptions bother his walk, but today he got a late start and it was getting closer to sunset by the time he made it to the "hot spot" as he had come to think of that quarry driveway in his mind, the setting of the dead boars and the skull and mandible.

The sun was heading down and he was thankful as he neared the driveway that he wasn't going to be able to see much with the sun angled into his eyes. He wasn't going to look for the skull and mandible and other bones. He refused to hold up his pace, but as he approached the driveway, someone was standing there.

It wasn't like anyone to just hang around the middle of nowhere. Being a polite southern man, he stopped to assess the stranger. With the sun behind him, the figure was nothing more than a dark mass from head to toe and what a height! He was a bit intimidating in size.

The Walker stopped and some odd instinct in him told him to acknowledge the stranger, even though something about the tall dark shape was odd. The Walker held his arm in tight to his body, elbow tucked in and waved his upper arm in an arch in perhaps one of those most odd waves ever.

And then, the strange tall dark figure lifted its arm into its body, tucked the elbow in tightly and arched its arm the same odd wave perfectly replicated.

The Walker faltered, knowing something was just not at all right about the fellow. The hairs on his arms began to raise and the Walker felt the immediate threat one might feel if they realized someone they knew was really a pod person.

He picked up his pace and got himself safely away from the driveway with no sign that the tall figured wanted to follow, but still feeling as if eyes were upon him.

It was then that the Walker just pondered, what did I just encourage?

In the following days and weeks, the Walker dismissed anything that might be amiss along the roadside in the "hot spot" area where the pigs had originally shown up at. He skirted along the pavement and would not engage in any back and forth with the bones and skull that had long been an interaction tableau.

This one day, however, something bothered him as he walked past the skull and mandible and other stray bones where the baby boars had been tossed nearly two years ago. He stopped and studied the ground with a perplexed frown. For the first time since the baby boars were taken away and the skull, mandible and stray bones left behind, the were gone and nowhere around there to be found!

The Walker looked around him, pondering the stalker. Perhaps the maniac had enough and just moved on to better grounds where he could engage in some more interactions? Whatever, he was relieved beyond belief that it might have moved on.

As he walked away, though, the Walker had a prickling feeling that perhaps it was mad and retracting its offering. What happened when one angered an unknown stalker?

The very next day, the Walker would learn in the most grizzly of ways.