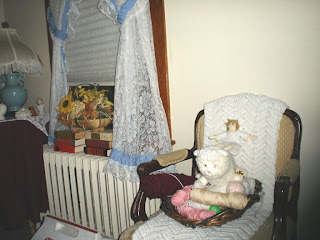 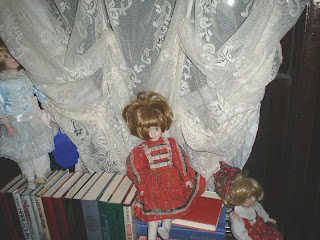 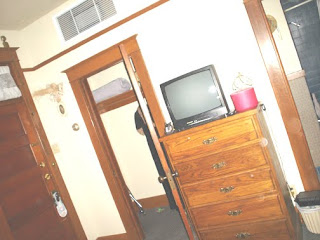 So, I'm too restless. Got a new car. Need to make a road trip. I talked Julie into hitting the road with me even though we have a big trip planned at the end of February. So, looks like the end of this month we're going to hit the AZ roads to photograph a ton, make insanely creepy and cool vids and share crazy stories with you.

Our goal is to reach Prescott, AZ, Hotel Vendome. I've stayed there before in the haunted room and had experiences I was not at all expecting. The legend of the room dates back to around the 1930s when a woman was abandoned by her husband when she had TB. She and the cat died there supposedly.

The room is haunted by her and her cat often heard scratching around in the closet. Guests who stay in the room leave gifts for Abby and her cat. The room is totally creepy and looks like a demented grandma's parlor with dolls and cat toys staring at you all night long. I hadn't expected a lot except to have fun sitting in the bed reading the huge album they have of stories and pictures from past guests of the room and the things that happened to them there. It makes for moody reading and lots of shivers of delight.

I set a digital audio recorder into the closet on the floor and announced in the recorder "I am closing the closet door." I then shut the door and went to bed where I promptly tore the sheets and blankets free from the corner of the bed. I hate feeling tucked in and tight in my bedding. So, my ghost hunting buddy chuckled and I sighed. She was used to my antics with bedding. She was lucky I at least slept in PJs which also freaks me out when I sleep. I climbed in, set my camera near me, just in case, as I do on hunts. I fell into a much-earned sleep (we stopped at 8 cemeteries on the way there).

I woke up in the middle of the night in the darkness. I heard scratching in the closet and as I awakened, I still heard it. Then, I noticed the sheets and blankets in the corner of the bed were tucked in so tightly that my toes were pointing and I couldn't barely move. I freaked out and kicked myself loose and then grabbed my camera, swung around and shot a picture towards the scratching was heard. I put the camera down and slumped into the bed and fell into a deep sleep again.

The next morning, I opened the closet door as we prepared to leave and I announced to the recorder, "it's me getting the recorder." I turned it off and then packed it away. We hit another 6 cemeteries on the way home.

Later, I was uploading the pictures and then I realized I had taken one in the middle of the night. I was sure it would be hilarious because I didn't even try to hold the camera straight. I just shot in the right direction. I pulled up the picture and my mouth dropped open. The closet door was wide open! I not only announced the closing of it on the recorder, but announced the opening of it in the morning. Still, during the night, it was wide open.

So, Julie and I are headed up there to stay the infamous room, but on the way we plan to stop by Vulture Mine--you know, made famous on Ghost Adventures! We will stop by Wickenburg where there is an excellent cemetery and a haunted train depot. On the way back, we plan to stop by a genuine ghost town called Congress and a lot of very creepy old west cemeteries.

Expect some crazy shit because you know me, and I'm going to treat y'all like you're in the back seat of my car and riding along with us. There will be goofy ass videos, creepy dark things, wish you were here moments and lots of awesome pics. I'm stoked. This gal is having cabin fever. It's not a pretty sight with someone as spaz-y as me.

Wish us luck when we roll out. We will be taking you along. Maybe I'll even read some entries from the scary guest book while we sit amongst the creepy dolls staring us down. We also have plans to tackle our investigation in a more researched way. Perhaps I'll finally sit still long enough to do a psychic read on an object while it's filmed.