(Above: FAKED! Debunked with a couple of regular party balloons) 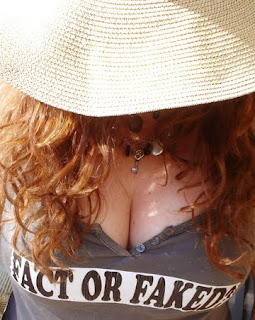 It's my favorite time of the week, when I get to talk about last night's episode of FoF and give ya'all a little quiz to be sure you were watching.

The Hawaii Ghost Girl and the Australian Mermaid were the cases they chose. I was a bit surprised by the mermaid one. It smacked of SyFy sensationalism. They have a policy to not pursue a case where they can’t interview the witness and they didn’t talk to the guy who took the film. It seemed like they just wanted to film a sensational case and had to bend their rules to do it. I wanted to hear about this dude who filmed it and maybe a voice analysis or Ben doing his badass FBI interrogation maneuvers. I think the ratings posing came across when they put Jael in a happy purple mermaid suit and had her take a dive. That entire portion of this episode to me felt contrived and reminded me too much of that Gene Simmons show where the family just "happens" upon ridiculous situations and tries to react as if it weren't all planned and posed. I admit, I give this one a double thumbs down. It wasn't a real investigation, it was a sweet trip to Australia. However, thumbs up on the CGI rendition of what a mermaid would look like--suddenly she went from being Barbie to a bald wrestler. Ben, honey, that was just the touch I expected from you. You had to bring it back to "let's rest this whole mermaid nonsense." Bless you, cutie!

Next case, the Hawaii Ghost Girl. Jeez, I hope SyFy doesn't mind footing the bill for sending 3 team members and a crew to Hawaii because they looked at some pictures of an obvious braided camera strap in a bunch of family pic's (rolling my eyes). That the culture around them wants to support this finding that she has a guardian angel makes the whole case corrupt. When people have that much vested in a belief, every story they tell will be colored by that. They said the woman reported having no camera strap, but when they borrowed her camera for the shots, it had a camera strap. I think what they were missing in recreating the picture of the girl lying down was that the strap was falling when the picture was taken. Early in ghost hunting, I tested my camera in rain, fog, cold, dust storms, and with all sorts of finger and camera strap scenarios so I would recognize them. It looked very much like that. They didn't go far enough. PEOPLE CAMERA STRAP PICS ALWAYS HAVE A BRAIDED QUALITY BECAUSE CAMERA STRAPS ARE BRAIDED! I'm thrilled they came to that conclusion and only wish they had pulled up the zillions of "vortex" shots people have online to show a typical camera strap pic. (here, I'll google "camera strap vortex"--picture below) 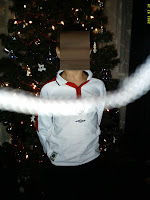 I have to admit, coming off the best episode ever that was dark and spooky and edgy, (the UFO Fraud/Memorial Day Bigfoot) I was very deflated. I'm not entirely sure the cast has any choice in which cases they pursue because this just felt like either they enticed to go to exotic locations or the powers that be chose them and the powers that be have no clue what audiences or investigators want.

The strong points on this episode? The investigators are getting better at talking to each other instead of at each other. Early on, they seemed to just make comments out loud. Now, they seem to debate back and forth; interacting. Bravo!

The weak points? I'm kind of wondering, why do they try to just rig stuff? Why don't they just go right to CGI and do typical photoshop scenarios and use Flash? The typical online viral video hoaxer is going to use these programs and probably not be building models and shit in their backyard. Just saying, seems that you should fight technology with technology, not woodshop.

Ben, baby, I know I'll have something amazing to say about the next episode because it's my favorite--the moon hoax! I had a Republican, right-wing, flag-waving older brother and for years I was his liberal Democrat sister telling him we never really landed on the moon. I didn't believe that, but I liked to see him turn six shades of purple. Sometimes, he'd visit me and the first thing out of his mouth was, "we were on the moon!" I kept the game up with him for years just drive him nuts. It was hilarious coming up with new ways to prove we didn't land there. After a while, I even started to question it.

I know all you followers are going to rip this episode, but sometimes you have to have a clunker. I even forgave X-Files for the lame-o episodes with the whole Mulder and Scully baby/UFO abduction/government conspiracy mess. I just recall the great cryptid episodes and Mulder mulling over what happened to his sister and I feel all warm and fuzzy. Ben, baby, I promise you I feel all warm and fuzzy when I recall the episode of you cornering that UFO nut job. Now, on to the next episode with much enthusiasm!

QUIZ:
Why did they turn down the UFO case with the guy who had been filming weird moving lights in the sky over many nights?

a. It looked like an obvious hoax.
b. There was no point of reference in the filming.
c. It was near an airport. 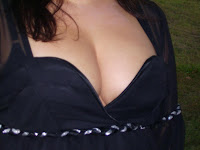 *Join us tonight at 7 pm EST and onward for Lonely on a Friday Night. We comment back and forth and hang out, talk about the goofy "Ghost Adventures" episode (they are all goofy) and generally flirt, small talk, philosophize and be the wonderful nerds we are. I also would like to thank everyone this evening for being so supportive through my divorce--special message from me this evening.*