Is Consciousness the Key to Interaction With Aliens, Ghosts, Bigfoot? 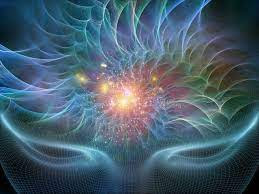 I've long held the concept that you don't need equipment to make interactions with other realms. Too many researchers run around staring at screens and awaiting magical words to be pulled from the radio frequencies in hopes of having "proof" of interaction. They literally miss the actual method by which you interact.

Consciousness as the true pathway to other realms makes so much sense.

Let's look at some examples ...

How do we use consciousness in ways that have outcomes from something that basically is an internal process? Think in terms of how very real your thoughts are down to imagining picking a lemon, feeling the waxy pitted surface, biting into it, juice flying, and your mouth begins to water. We can manifest with the mind senses of euphoria or despair. If you are trying to reach something most consider intangible (like God), don't you pray? You utilize a pathway that can span worlds.

DMT-related senses of other deeper dimensions to life 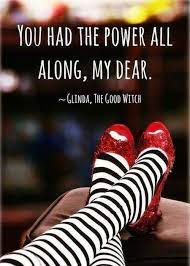 What about alien and even Bigfoot encounters in which people swear they communicated with mind speak?

How do aliens run their craft if there are really no signs of controls as people who profess to have worked on back engineering claim?

There are some very progressive thinkers in research like Dr. Steven Greer who has proposed meditative ways to call on UFO craft and make them show themselves.

What about the power of the mind dancing with snakes?

And, why can't equipment seem to capture what we encounter when we do ghostly investigations, see UFOs, or witness a Bigfoot?

I recall one day as a psychic when I stepped outside the grocery store, stopped, pivoted, looked to the northeast and felt this flash of overwhelming prayer and community as if an enormous group of people were focusing like peaceful messages. I headed home, turning on the radio when they announced that there thousands in the northeast of the state gathered for a collective prayer for the earth.

Can a Bigfoot feel your intentions upon him/her?

Do we connect with aliens using mindspeak?

Do EVP sessions have failure because a room of people may not be concentrating on the same thought?

The power of the mind is truly amazing. Just think of the last time you had a nightmare and your entire day was in the shadow of a dark feeling? How about the utter joy in a group of fans watching a football game when your team makes a touchdown?

If there is no need for speech, if communication is a back and forth flowing energy that higher forms can easily tap, then a neutral meeting place like meditation or even alpha state going into sleep rhythms might explain why so many people have exalted reactions to prayer, meditation, and nightly encounters with other beings.

Why do some people seem to encounter all things unexplained and others don't?

Perhaps it's as simple as being consciously aware.

The key could be in our own minds. We search for a portal and that could define such a process.