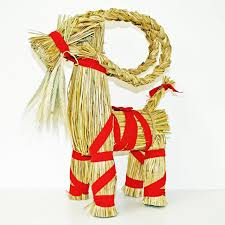 There are lots of strange creature and monster legends involving cultures around the world in the season referred to commonly as Christmastime. Today, let's explore a Swedish one - Julbock.
(LINK) Between Christmas and New Year, young people dressed up as weird characters, including a goat, and went from house to house asking for food and funds for their joint Christmas party. In the 17th and 18th centuries, attempts were made to ban the pranks involved. The origins of the goat character can't be traced for sure, but it may stem from a furred devil with horns that accompanies Saint Nicholas in European tradition. 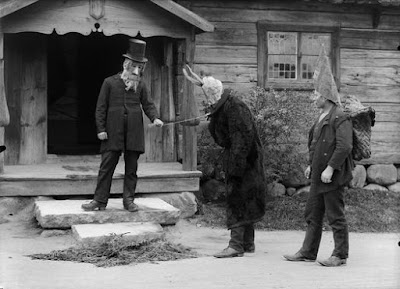 Julbock is still prominently featured in Sweden in the holiday season.
(LINK) A throwback to Pre-Christian times, the Julbock is another Pagan Yule symbol that was absorbed into Christian holiday customs. In the Norse pagan religion, the goat was the conveyance of the gods- early images of Odin in a goat-drawn cart are eerily similar to later depictions of Santa Claus. 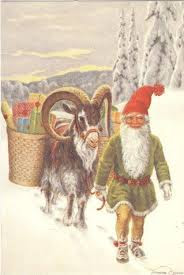