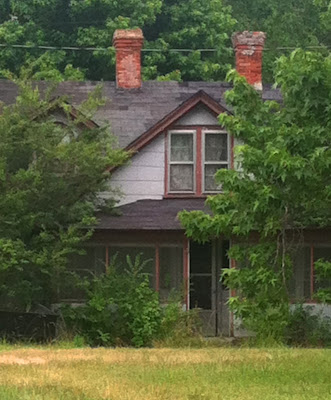 Sometimes, you're just in the mood for a movie about people moving into a haunted home. It's a popular theme. If you think you've seen them all, let's see if you have seen all of these -

The Sentinel  A model moves into a quirky brownstone in New York City to find the people in her boarding house are odd and sometimes downright "wrong."


Burnt Offerings  A family moves into a house that is huge and awesome, but the catch is they must feed meals to a shut-in elderly relative who lives upstairs.

Secrets in the Walls  A woman moves her daughters into a home to be closer to work, but the basement has secrets and the eldest daughter begins to act oddly. (On Netflix streaming now)

The Amityville Horror  A blended family moves into a home and stir up the ghosts of its tragic history.

Grave Secrets: The Legacy of Hilltop Drive People learn their homes were built on a cemetery that wasn't moved.

Crowhaven Farm  A couple inherits a farmhouse with a strange family backstory that is dark and straining on their marriage.


Paranormal Activity  A couple moves to the suburbs but find their dream becomes a nightmare as demonic activity begins.

The Shining  A man takes a job as caretaker of a remote resort for the snowed-in wintertime, bringing his wife and son and him to face his demons.


Insidious   A family moves into a haunted house that has dark intentions.

Poltergeist  A new housing development is built over a Native cemetery and all hell breaks loose on them.


Thirteen Ghosts  A family inherits an odd home from an eccentric uncle who collected ghosts.

The Changeling  A widower finds an ideal historic getaway mansion to write music in, but then finds out there is a boy's ghost inhabiting it.

Beetlejuice  A recently deceased couple calls on some otherworldly help to scare the new occupants out of their old home.

The Others  A woman and her children seek refuge in a lonely existence at their estate when they begin to sense they aren't alone.

The Uninvited  A brother and sister get a house in a charming English seaside town only to find the house is very much occupied by a ghost.

The Ghost and Mrs. Muir  A widow moves into a charming seaside cottage to find it occupied by the old sea captain who died there.

Stir of Echoes  A man living in a home where a murder had been committed years ago, awakens psychic medium abilities.

When the Lights Went Out  A family moves into a house that is troubled and poltergeist activity begins.


The Conjuring  A family in a farmhouse have to call in the big guns - a demonologist couple, to help them with their issues.

Something Evil  A family moves into Pennsylvania Dutch countryside to a quiet house with something lurking (an early Spielberg film).