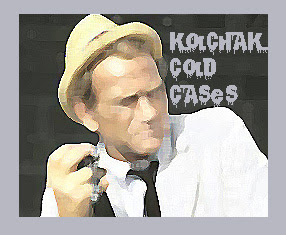 Ghost trains, horror on the tracks, unsolved ghostly inhabits of train tracks, and hobo culture: Today is all about the scary side of trains -

Railroads built the United States. When travelers had to get from here to there and goods long distances, the train was the answer for a country that did not have highways. The hub of any city was its train depot and the tracks of iron laid out across the nation, many of them abandoned these days, left us with some chilling ghosts from the past.

The one thing I could not answer, however, was whether or not that was an incidental finding, i.e. train tracks tended to be going through older parts of town where buildings had more generations living in them of first settlers to the area.

Townspeople often report lights along railroad tracks and the sounds of a train running, a phantom train where none should be!

If I were to try and explain this phenomena, it would be somewhat like the lighthouse phenomena where a lighthouse keeper repeatedly daily went up a circular stairway in a circular structure to a large power source, perhaps laying down a kind of recording of this repeated pattern.

Perhaps static electricity, older iron rails, lots of deaths associated with building and running trains combined to record events into the trackways, causing odd phenomena like lights, sounds, and even apparitions. In fact, static electricity sparks can be seen sometimes from trains as they run over tracks. This could have been a light that lingers in a sort of recorded loop. How any of this goes down, probably is at the level of electrons and explained by quantum physics and electromagnetic triggers.

No matter if you look at the ghost train phenomena with an explanatory attitude or you simply like chilling tales of the country's rich history based on the railroad industry in the romantic Victorian "steampunk" Era, ghost trains are a fascinating subject.


A lady in white apparently appears at the opening to the tunnel. Others report strange fog, whispering voices, train sounds with no train.
Churchhill Tunnel
Richmond, VA

In the 1800s, a collapsed killed a bunch of people. People report a man trying to get to the tunnel to retrieve the bodies and others report the faint sounds of a ghost train coming to the closed off tunnel.
Moonville Tunnel
Moonville, OH

Moonville, Ohio might be a quaint town built around mining and the railroad, but it has a ghost train reputation, as well. The legend is, in 1859, a brakesman fell off the train and his leg was ran over. He was rushed to the hospital but did not survive.

The brakesman's job was to stand atop the cars and used a long metal t-bar to engage and disengage the brakes, depending on the engineer's whistle blows. In inclement weather, rain and snow, this could get slippery and icy, as well as being exposed to the elements.


A floating light is seen within the tunnel. Some described him as wearing a white long gown and flowing white beard, holding a lantern with twinkling lights around him.

At least four other people were killed at the crossing and one girl is said to still haunt the tracks.  To see just how rugged and creepy this location is, you might read this great article (LINK).

This tunnel got the name of "the bloody pit" because back in the 1800s when it was being dug, over 200 workers died. They used nitro at one point to blast it, and killed more folks in the process. Then, 13 miners died in a gas explosion. Villagers nearby had heard moans and seen strange vaporous shapes. Another man was found stumbling around the area, lost for days, babbling about ghosts in the tunnel. Another man was electrocuted by the lines. The list goes on and on of bad things associated with the tunnel to the point that one comes to the wise conclusion - it is cursed.

As nearly as can be learned it was 7:03 am when the ill-fated express train passed a small telegraph station near the tunnel, a few moments later Engine 4 and Engine 975 met with a terrible crash.
Both engines were in full steam when they met head on. The estimated speed of both trains was about 22 MPH (miles per hour) at the time of the collision.
Both engineers escaped with only broken limbs and minor cuts to face and arms while Mr. Charles Horning (firemen) for Engine 4 was killed instantly.
The reporter described the condition of the body as being jammed in the boiler, his body horribly mangled. When rescuers went to pull on the limbs of the man to try to free him, they broke off. When some of the remains were taken away, his mid-section was so tightly wedged that his remaining body could not be pulled free. It was noted that his wrist watch was still working.

If we're going to talk about haunted tunnels, how about a ghost train? This one is seen in St. Louis, Saskatchewan, Canada. A light is reported to run up and down over an old train railway, changing colors and intensity. These are often referred to by many as "spook lights" or "earth lights" but their correlation with the track makes many wonder if a ghost train is riding this old railway. 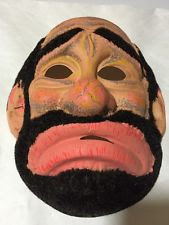 I remember in the late 60s and early 70s a preoccupation with "hobo" culture. I even dressed as one a few times at Halloween with the quintessential stick and bag over my shoulder.

To stay safe, hobos have their own codes -

A triangle with its hands in the air means someone with a gun is in this building.

Two W's interlocked as if holding hands means there is a barking dog there.

A U-shape that is squared off at the bottom (looks like a floor and two walls) means safe place to sleep.

The actual act of hopping trains is a very dangerous one. Many have lost their limbs or their lives. Before reaching a destination, hobos would try to jump off the moving train so as not to be seen at the station. This was yet another danger on top of riding with strangers in a lawless situation and being exposed to the elements and unknown towns and situations. In fact, in the 1930s train hopping was so popular that the railways hired goons to beat folks they found hiding in the cars.

Riding the cars became a popular activity in recent years. It seems that restless city-bound folks are wanting some adventure and unknown. Instead of hitching a ride with a stranger, they opt to ride the trains and feel the lifestyle. Here's an interesting article about one such person (LINK).

Those who tried to find work in the 1930s took to the trains as a way to go to locations looking for work. Some very famous folks once did this - 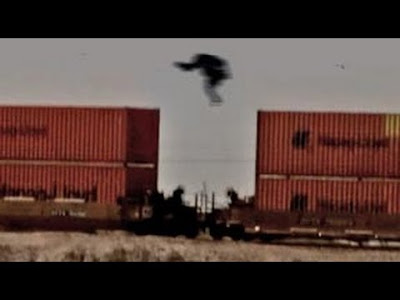 When I joined a research team years ago, I got into some deep conversations with researchers who had witnessed some amazing things, from a burial to corn thievery and more. But, the one thing I heard that made me shake my head was the concept of Bigfoot hopping trains.

Then, I remembered my Grandpa Frazier.... 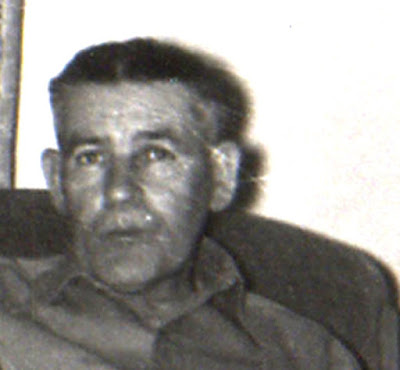 He was a train man. Even in his old age, long retired, he would pull out his pocketwatch and time the trains he heard going by the Hinton, WV station.

Trains are predictable, they come and go the same times, same places, and with so many unattended cars carrying cargo, they would be an ideal vehicle to hop.

Imagine, at midnight, a train rolls in like clockwork to the station. The same routine is followed to load and prep it for the next run. It's dark. The inspection is done. The Bigfoot climbs inside an open car (if he dares) or climbs atop the train and lies down for a ride....

If they utilize culverts and sewer systems and other hidden methods of getting around more populated areas, this may not be an impossibility. We already know they are expert at us not seeing them but getting around.

Some train workers have seen Bigfoot prints around tracks. It's not surprising. Bigfoot does utilize lumber roads and power line roads. Do you blame them? A nice fast pathway in the moonlight would be ideal for getting from here to there with less noise than one would have cracking through tree limbs, stomping on broken branches and disturbing the wildlife and drawing attention.

Perhaps at some point, after watching these unattended cars going by, they decided to give it a try and even teach some of their trekking youth to utilize this method to go from one clan area to another; matchmaking, sending warnings, or simply trading items. After all, in the city couriers utilize bikes to get around traffic. What if you were a Bigfoot messenger?

Conclusion
The railroads have long been a romantic stage for adventuring long distances, finding work in the West, moving goods, and showing families the country. Generations, towns and industry were built around the railway.

And, apparently, all the freaky trappings that go with a massive infrastructure utilized for hundreds of years....