Why Life on Planet Earth IS a Simulation 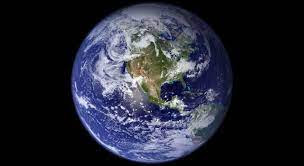 Earth and the "universe" we can explore only from the point of reference of the limitations of an actor on a stage. This simulation involves props and set design to represent a REAL location. But, we are never privy to the reality that the set is the membrane from our staged world to the REAL one it imitates.
When I was 16. my father died on the kitchen floor.

Paramedics leaned over him working on him when he lost all signs of life. Nothing registered. But his soul, it would seem, visited another plane. 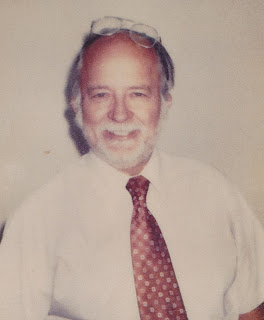 Several minutes later and after using the paddles, the paramedics announced they had signs of life. They began to wheel father from the house when he smiled up at me with a childlike grin, all the stress in the world gone from his face. He said, "I was at a fjord. There were flowers that don't exist here, colors that don't exist here. My mama and papa were there, my Tante Wahlborg...." These were references to Norway, where father was a child.

Like many, my first instinct was that he had some kind of delusion. Surely Heaven didn't just happen to have fjords (a reference father would be sentimental about). What if an Asian person were to pass? Would they be at a fjord? It appeared to be like a dream where one utilizes references they recognize or hold dear.

But, as they rolled him toward the door to take him to the ambulance, father gestured. I leaned over and he said quite confidentially, "that was the REAL world. This one is FAKE."

Days later, after visiting him in the hospital, the family came home to rest. I laid in bed, awakened by someone tugging at my big toe. I looked up to see father's silhouette in the semi darkness.

Father traveled the world when I was growing up and I worried about his plane landing. Mother told him not to wake me up on school nights, so he would tug on my toe to let me know he arrived home.

Turning to reach for it, I looked back and he was gone. The hospital was calling to tell us he had passed.

Flash forward decades later and I still sought answers about father's description. Watching videos and reading accounts of near-death experiences carried so many of the same remarkable unique descriptions of it it being "real compared to here," "colors that don't exist," "vibrant life in every individual blade of grass and flower."

There are so much quantum physics hypotheses that we may, in fact, be living in a simulation. You cannot get more self-aware than to not only realize on one level you will be born, grow up, encounter dangers and rewards, and die. Humanity has this great insight, but only in the confines of this 3-dimensional reference.

I have a complete and absolute vision of how this all works. I will share it with you. Now, I have my own influences, experience, knowledge, observations, and conclusions and all of it is subjective, but I am also logic-bound, so I will express why I am positively certain we DO live in a simulation. 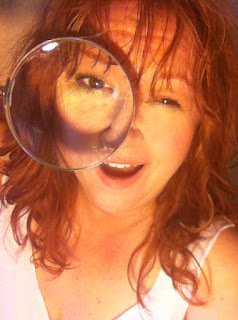 Let's take the step from a 2-dimensional "being" and a 3-dimensional.

I am a 3-dimensional being. I look at a photograph of me (above) and it is without depth, movement, biology, intelligence, self-awareness, allowing for greater use of space and time.

With a one-dimensional jump, we go from a visual image of one aspect of my physical representation that lacks all those elements. It is useful, for capturing imagery for a moment in time.

It captures the look of me, but not the reality of me.

Upon entering this depth of experience in 3D world, I was conceived, matured, and was forced through a painful ordeal of birthing in a dark tunnel toward a light. Loved ones greeted me and showed me the ropes. I eventually unfolded my limbs and learned to walk and eat, make decisions, and be responsible within this new world.

Like the 2-dimensional photograph that captured only 2-dimensions of the "real" world (my 3D world), I was birthed into a 3D world that has the elements of the next level up. I represent aspects of the REAL me (soul) but I am on a limited playing field. Like the photograph, I am a simulation. 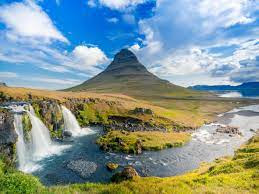 We struggle here to understand this earth and why and how it works, but like the photograph, we have a limited perspective.

Why do people with NDEs see a Heaven that suspiciously reminds them of earth? Are they projecting the only knowledge they possess? The earthly setting?

Hey, no one asks why the photograph suspiciously looks like the subject the camera was aimed toward or why the background in the photograph looks like an actual 3-dimensional city park, living room, or studio.

Earth in simulation would look like the "real" world (aka Heaven) it represents, but without the depth of understanding and clarity one would have in the actual real setting.

Our world is a model set, we are actors, and we are moving on a stage meant to simulate the REAL world.

The soul has been an elusive concept. Our very self-awareness helps us realize there is a limit to this bubble we live in, something past the membrane. Yet, we only have a 3-dimensional playing field knowledge to understand.

The soul would be a more advanced and totally comprehensive self. The photograph was ink laid out to look like the 3-dimensional being, but our 3-dimensional mortal forms are biologic representations of the original source - soul. We have more aspects of representation other than just appearance for one second in time (like the photo), but we are still not the full-on REAL us.

Imagine if the photograph could come outside its 2-dimensional limits and live as the source it represents? What an impossible-to-comprehend and overwhelming input to have physiology, biology, intelligence, movement, depth, and a view of the entire landscape represented?

So, as we move down a painful birth passage upon passing from the mortal plane, we go through a dark tunnel, we reach a bright light, surrounded by loved ones and joy, and an existence that makes the womb more like a tomb in comparison.  We see 360 degrees, have omnipotence, can "fly," and cannot succumb to a death.

We move on in the soul form, the true source of our being in the REAL world.

Imagine the depth of awareness and understanding, no longer limited by forward facing eyes, points of reference that have 3-dimensional imitations.

Like Truman leaving his facsimile stage for the real world, it seems to be brighter, more vivid, with no limit to the distance and possibilities.

These are my perceptions of how it all works, but nothing has ever been clearer in my understanding. I find it incredibly reassuring.

This makes me ponder some of the amazing UAP experiences and "portals" and other phenomena that confound us. At the point that something from a higher dimension interacts, it would appear to pierce the known physics of our world.

If the photograph could have awareness and the person it represents were to put a finger to the surface of the photographic paper, it would note another line like itself with length but no depth. It would think, "oh crap! someone else just arrived on the playing field." If the finger were dragged on the surface, they might think "oh crap! It can move!" And, if we removed our finger, it would think, "where'd it go?"

Perhaps, ultimately, no matter how we see the creator of this set design, we should know that we were given a simulation that 3-dimensionally represents the real world, like a painting might visually represent a field of flowers. We were given water, trees, mountains, and all the elements of the real world, but can only view them 3-dimensionally, like we gaze at the photograph.

If it helps to put this into perspective, we don't curse the photo for being a bad picture, but we might Photoshop it to look nicer. Our choices here are much like that. We have the power to change perspective, make decisions, act upon decisions and appear beautiful or leave the experience looking awful.

Like a photograph should be proud to hold a visual memory of a moment in time, so should the mortal form be proud to represent the true form (the soul). 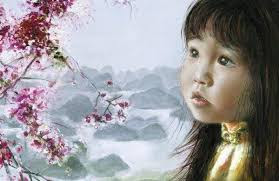 The art above is just one of a vast amount of exquisite artwork created by a child prodigy who painted Heaven. Akiane Kramarik was inspired by supposed visions of Heaven opened up to her through the eyes of God.

It is an honor being human. We represent something so much more exquisite than we can perceive.