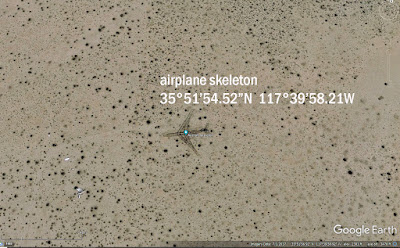 I might be obsessed with the Wingate Pass area in the Death Valley region, but there's a reason.

The military has the area utilized as a bombing practice range with loads of airplane carcasses on the ground.

That wouldn't make me bat an eye, except the location choice - Wingate Pass. 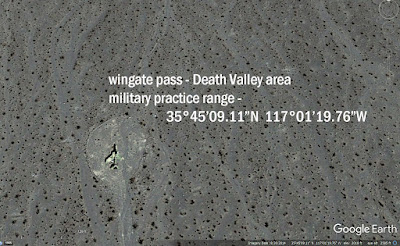 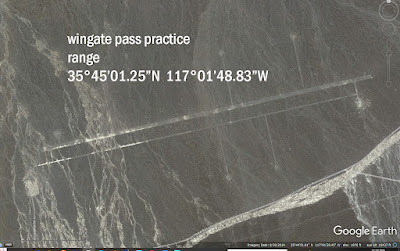 In a book entitled "Death Valley Men" by Death-Valley-Obsessed Bourke Lee, we are told of a guy in the early 1900s poking around the Wingate Pass area when he came across signs of an ancient mine.

When it collapsed below his feet, he fell into a cavern. He reported the cavern went on for many miles and under the Panamint Mountain Range in Death Valley (where he and a friend found another opening high above the desert floor).

What he found below was described as amazing technology utilized by a culture that had lots of goals and precious finds down below, including stone doors that pivoted and the use of underground gas to light the recesses.

Today, Wingate Pass is hands off.

It's not the only time this has happened. The Grand Canyon (location of another 1909 reported cavern/gold/ancient culture) has restricted areas for "preserving history."

A dear friend of mine reported he used to truck equipment for mining. He had a load of water pumps - lots of them. He was to take them to Bullfrog Mine. When he arrived, military waved him into the underground network with his truck to unload. It seemed rather odd this group was trying to pump out a LOT of water from the mines but they weren't miners, they were clearly military (this friend was a veteran).

It might be worth asking why locations are utilized by the military. Suppose they knew of an ancient culture in these areas and they either hoped to study their remains or simply keep us from knowing about them, maybe even hiding that they STILL exist underground....

Enjoy the voyage. We are going to peel back the window dressings to find out the real motives....