"The Secret of Skinwalker Ranch:" What Needs to be Done Next Might Surprise You 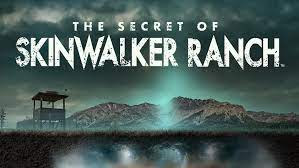 The only thing more exciting than this past season of "The Secret of Skinwalker Ranch" is that they are likely filming the next season this very moment!

It was an interesting season and its final episode rapped it up very nicely, leaving enough open-ended questions for the next season.

The focus on the mesa and the area above the triangle was a refreshing scientific bend. It would be easy for sensationalism to talk about skinwalkers and animals being mutilated and the like, but those are the effects of what's going on there. Instead of looking at the oddities, they backtracked to what might be causing them. From understanding that origin, they can weigh and measure, and maybe figure out if this is intelligently guided or purely incidental. That's of the most importance!

I do as much coaching from the couch as the next person. Sometimes I yell at the TV, "hey, repeat that test to be sure it wasn't a fluke!" or "How about looking at studies of the ionosphere, like HAARP?" "Bring Stephen Greer in and utilize collective consciousness to communicate!" "Wait, how about a random number generator to see if it spits out a sequence that is not random when something odd occurs?"

I find the tying in of ancient sites, spiral designs, rock circles, and alignments with "portals" or "magnetic energy sites" or "leyline convergences," (or whatever you wish to call them), is a humbling journey.

Not many want to admit to anything "woo-woo" in relation to this phenomena, and yet more and more it appears that consciousness is the thing that may very well drive their technology. The more enlightened spiritual ones may have been telling the truth all along and we wouldn't listen, sort of like when Trump called the major media outlets, "fake news."  😆 It would seem indigenous people had interactions because they showed they were ready to talk to "the gods" or however they may have viewed these others. It is not in man's interest to humble itself before any other but God, but in our case, God would have to come with several forms of ID and character witnesses to believe.

If we want to reach an enlightened stage, it would not be through the technology as much as the consciousness that drives purposefully a technology that recognizes its importance.

We are biological beings trying to voyage through other dimensions in which perhaps the only part of us that can recognize it is the spirit form of us, our soul. We certainly don't recognize it with our poor senses. This is perhaps why consciousness lives on past the body. It is the great unifier.

We are missing a very important component to understanding this technology. Should something intelligent be behind it, it's rather interesting that it seems to be CONSCIOUS of our intentions when we go to experiment. It may, in fact, react to the religious ceremony of the rabbi they brought on the site.

I would suppose if they were to bring a Ute elder to communicate with it, it may actually be THE breakthrough. After all, it was the Ute who brought the skinwalker legend to the area and you wonder why? Well, who placed the rock spiral on the top of the mesa? Hmmmm If I wanted to communicate with someone foreign, I might ask for a translator who has dealt with that foreign being before.

I've never been the woo-woo sort, but I do absolutely know the power of the mind for psychic skills and for astral projection, remote viewing.... I know that personally.

It is our very educational narrative (and religious) that wish to elevate Homo sapiens to either truly intelligent technologically-driven, and progressive humans versus the spiritual, hallucinagenic-taking, cave-dwelling ancestors.

But, experiments like the double slit exam have proven the power of consciousness on affecting the physics of the world around us. It's the one technology we ignore completely from the equation of how to move forward to the next phase.

Travis did a great deed by bringing on the rabbi and even an interpreter of petroglyphs, but by stopping short of collective consciousness directed by a mass of people to ask something to show itself, he is missing a possible "alchemy' to the whole process.

An enlightened mind would attract a higher level being, not our rockets or cell phones. The real discipline isn't in forging metals and electronic components, it's in the minds that created it. From nothing, a mind designed, built, and utilized that technology. We are God. God is Us.

Of course, another nail-biting season that provided so many twists and turns. I do hope to see them work on a back and forth and perhaps get some of those 1.6GHz sine wave patterns off to SETI to see if perhaps communication exists between us.

Bless History Channel for yet another amazing show that our intelligent and curious minds hunger for. The quality of their programming is the best out there.