Skinwalker Ranch: The Clues Were Under Our Noses all Along! 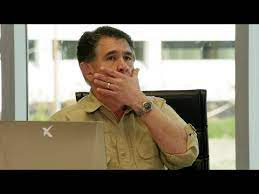 Another season of our favorite show has ended. And with the finale, it left a lot of open-ended questions. But, it also provided a lot of aha moments for researchers.

Today, I'll share what researcher Dennis Guern and I have put together -

We have long realized an association with areas of mining and UFO sightings. They always seem to go hand-in-hand but we found no real evidence of active mining (at least in the way we practice it).
The 3D mapping of the Skinwalker Ranch property revealed strange anomalies in the air. These happened to line up with a stone arrangement atop of the mesa.

The spiral symbol we often see around the world appeared to be a marker of some importance. Some researchers believe it's a sign of water and others believe it might be a portal. Then, there's unusual stone structures and rock circles, megalithic sites. Almost all of these are tied to the stars.

Here's a map of UFO activity of significance - 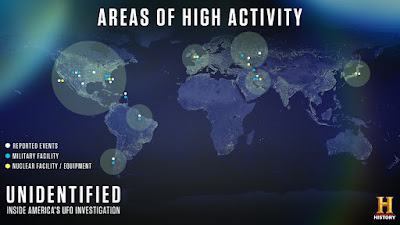 Here's a map of mining - 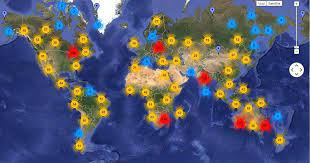 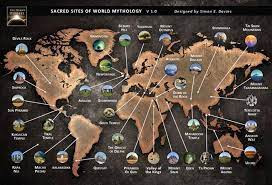 Perhaps the biggest question we now have is, did the native people leave these symbols because they knew of portals and mining going on, or did these alien people do it to leave markers, like claiming a stake? The alien race may leave an alignment for their star system basically saying "we came and went here" (spiral) and the stone structures left something rather permanent upon the earth that forever claims their territory?  It seems rather amazing that across the world we have such structures and symbols randomly. There had to be some universal communication. 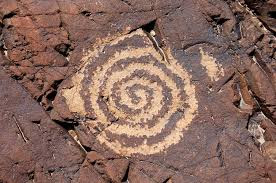 Let's look at some examples that seem to line up - 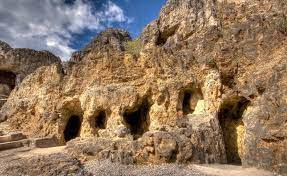 In Northern Wales, there are some very ancient copper mines. They were said to be mined 4000 years ago.
Here are some of the great big hammerstones utilized - 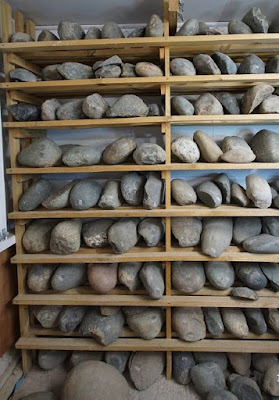 Not far from this mining site, there is a circle of stones atop Berwyn Mountain. This is significant because also there was a Roswell-type of UFO event near this mountain. 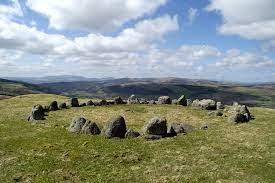 LINK: UFO enthusiasts called it the "Welsh Roswell" and insisted that one evening in 1974 an alien craft crashed in north Wales and the government secretly removed dead extraterrestrial bodies, the latest files from the National Archives reveal today.

The documents describe how residents of Llandrillo in Merionethshire, near the Berwyn mountains, first reported strange lights streaking across the sky. Then as the night wore on the villagers heard a colossal explosion and felt a tremor ripple through their homes.

Later ufologists claimed roads were sealed off and people kept away from the site after the incident on 23 January 1974. Alien bodies were then taken to Porton Down biological warfare centre for analysis, it was claimed, prompting the comparisons with Roswell, the 1947 incident in which, conspiracy theorists claimed, the US military recovered an alien spacecraft in New Mexico – the story that gave birth to 60 years of ufology, movies and all.

Bryn Celli Ddu, a site in North Wales, not far from the mines had a lightbox - or a marker stone that aligned with solstices. There, you can find spirals and also find a stone circle/mound. 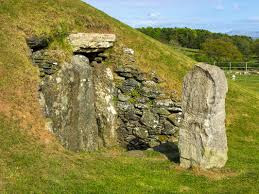 Interestingly, built around the same time as the mining was going on.
SIGNAL HILL, TUCSON, ARIZONA Signal Hill in Tucson, Arizona not only has the spiral petroglyphs thought to be left by the ancient HoHoKam tribe, but once had their cities built up there, as well. 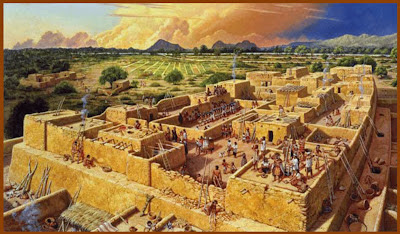 It's interesting to note ancient people and sacred sites. What could be more sacred than a place where mining industry was taking place by advanced cultures?
For instance, when the Wisconsin tribe was asked about the ancient mining there, they said, "we did not mine, it was the white people from the north." Of course, we naturally assume Canada, but perhaps they meant a bit more north than that....
Signal Hill is an amphibole grouping of a large variety of minerals. As we are learning from Skinwalker ranch, minerals are also present in these metals.
This area is also quite familiar with UFO activity. In fact, Arizona all over is a mining state with spiral petroglyphs and some unknown circles, like the stone circle upon Superstition Mountains. 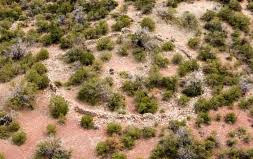 And, here where I live at South Mountain in Phoenix, we had the infamous Phoenix Lights event. I often times see strange lights on the mountain outside my window. It is also a place where there are spiral petroglyphs and gold mining.
NAZCA, PERU 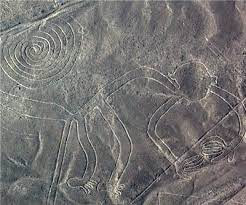 Here's the thing about archaeology, in general: If I were to teach you since you were a baby that the sky is pink, you will use that reference henceforth. When these scholars are taught how to see something and it is explained to them, they don't question it, they just perpetuate. It reminds me of when you work in a store and the manager tells you, "we never mess with the displays, they are done by union workers" and someone comes in wanting to buy the last scarf, which is on a mannequin, but you tell them, "nope, sorry. We aren't allowed to touch them." There is no encouragement whatsoever in free thought among them. 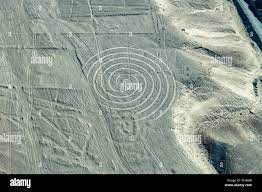 Nazca is, of course, one of the more extraordinary regions for geoglyphs. This is also a gold-rich area in the Nazca-Ocona gold belt. 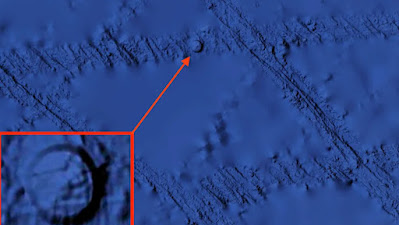 There has been much debate as to whether this 4-mile wide circle in the ocean not far from Nazca is the remnant of a UFO.

Three is no doubt, however, that Peru is a UFO hot spot and a mining treasure, as is Chile. Both contain all the right markers for yet more potential alien mining sites.

There are many regions around the world that reflect this stone structure/spiral petroglyph/star alignment/mining/UFO sightings theme.

Here's just some more to throw into the ring -