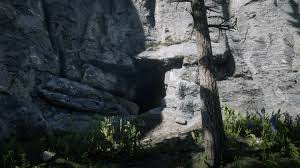 (not the actual cave)
Every now and then a person is out in remote areas hiking they come upon the unexpected. If you poke around hidden places long enough, there's lots of secrets to expose.
Today, I share a find by a hiker who ran into something he hadn't expected. He didn't see the importance of it, so there was no urgency to go back to the cave until it was explained what an amazing find it was!
When hiking in the Western US two buddies (one has passed away), came upon a hidden cave. They were in just the right position to see a bit of darkness of a cave opening and be curious. It was quite obscured, but they found their way into it.
At the time, one of them was very ill with kidney stones and had to be rushed back to the nearest city to treated.
He and his friend had only a little bit of time just within the cave. He thought at first he was seeing toys, but then as they got some light on it and crept closer, they realized there was something very ancient there - This is the one photograph they took. 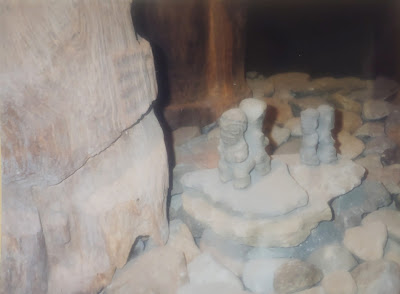 I zoomed in (photos below) to show more detail to this purposeful setup and fashioned cave. It appears some work was put into the walls of the cave, as well. 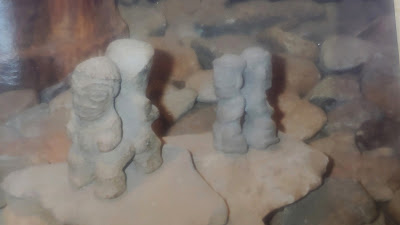 At first, the figures reminded me of tiki figures (comparison below). 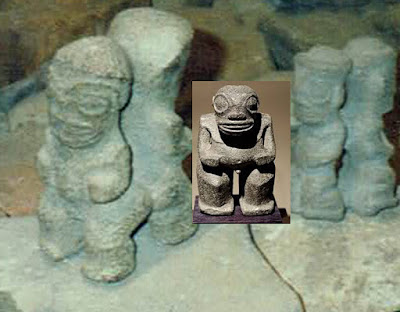 It's interesting to note the larger figures have no ears, but the smaller ones do. The smaller statues also have round eyes and are bent on one knee. Whether it's their hats or their heads, they seem elongated, as well. 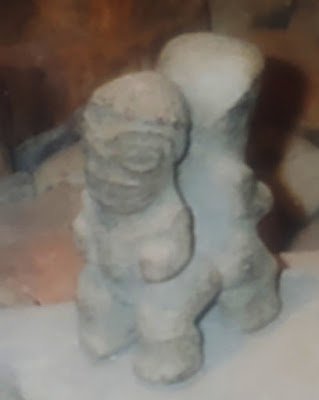 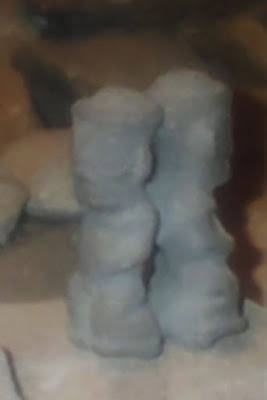 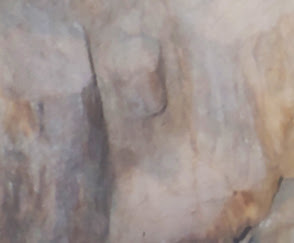 You can see purposeful carving in the stone and the wall to the left shows raised carvings that almost look like a hand hugging the wall (left, below).  As well, the bronze-colored wall behind the figures was obviously fashioned and not of the type of rock in the cave. Hmmmm 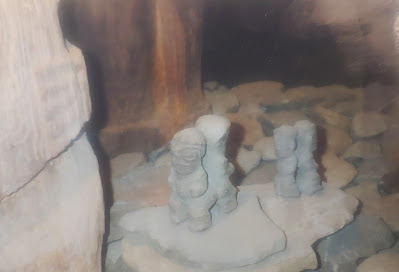 It is our goal to get back to this cave and get some documenting done of the contents, intent, and background.
It does seem likely Aztec culture, but voluptuous nature of the figures reminds me more of South Pacific design. We would hate to see this pilfered or lost to history. 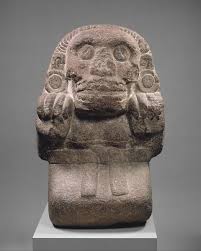 Aztec
Please feel free to leave comments on your thoughts or email me at ghosthuntingtheories@gmail.com