The Heaven Dimension: What Others Near-Death Experiences Taught Me 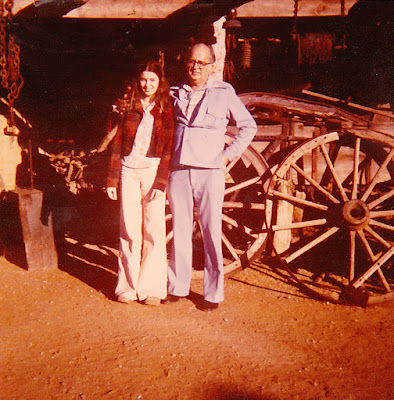 When I was 16, my father died on the kitchen floor. He had a massive heart attack and, as the paramedics worked on him, I couldn't watch. They called out that they had lost him, no vital signs. In a rush, the paddles came out and they worked on father for four of the longest minutes of my life, when they finally announced he was back.

But, where did father go?

As they paramedics wheeled him out, he motioned to me. I leaned over dad to see the most youthful smile on his 59-year-old face. He looked so happy and so relaxed in a way I had never seen.

With a sigh, they wheeled him toward the door when he motioned once again.

I leaned over and he told me, "that was the REAL world. This one is FAKE."

Soon after as we were chasing the ambulance to the hospital, I pondered what dad said. It happened to him. There was no doubt about it. A fjord? Father was from Norway so I suspected that he was taken to an experience he recognized with family from the old country.

But was it a dream?

It comforted me to know he had not suffered in those moments.

Days later after visiting him in the hospital, my family went home to celebrate as dad's stats were good.

I went to my room as usual to finally get a good sleep, but was awakened a short time later by someone tugging on my big toe.

I looked up to see my father's silhouette.

Dad traveled the world when I was growing up and sometimes had near misses in planes and it made me nervous.

My mother told him, "Sten, you can't wake her up on a school night." So my father would come in and tug my big toe to let me know he made it home.

Here I was lying in bed thinking, "wow, dad got out of the hospital already!"

The phone rang. In another room I heard my sibling yell. I looked back and dad was gone.

We rushed to the hospital to find my father unhooked from the machines and comfortably tucked in his bed, dead.

Repeatedly, we hear about near-death experiences with similar traits, like bright vivid colors, plants and grass and everything having a light and life about it, a sense of complete and utter unconditional love, being able to see 360 degrees, and have knowledge that is universal.

I've come to my own comparison of how it works: 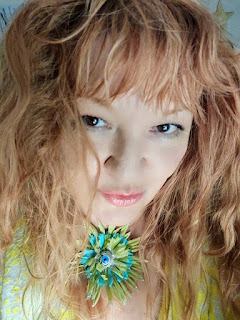 A 2-dimensional being would be something like a photographic image. It would have no knowledge or life, biology, movement, or depth.

If you take a photo of yourself, it shows one angle of you at one fraction of a second. A facsimile that only represents the visual. It also has a shelf life, can be burned, get wet, be torn up or trashed.

You add one dimension to that subject matter and you have you. You have biology, thought, movement, height, width, depth, etc. You also live perhaps 60 or 90 years, maybe just a few years, but you are not as fragile as that 2D photograph.

Ultimately, you in your living form are a facsimile of your soul. Physically in 3-dimensions you are the source of the photo, but your soul is the source of your in this dimension.

You represent your soul in biological life form for a limited shelf life and with limitations of space, time, and atrophy.

But just think, that 2D you (if it could think) would only see dots along its periphery as it has no depth. But, you (the subject of that photograph) have cognizance and activity, sentience, and a lifespan.

Now, let's take the concept to another dimension and you have a whole host of understanding, capability, and clarity that we cannot have in this mortal 3D form.

Why does Heaven have trees and ocean like earth? Are we projecting the only reference we know?

You know how that photograph captured your polka dot shirt and your curly hair as you sat in a lawn chair outside? Well, it captured the look of you and your surroundings, but it becomes a superficial imitation of the reality of you sitting there in a chair.

As you move into another dimension and you are a facsimile here, so is the world you are living in. It is a representation of the original (Heaven). All of the beautiful nature we see here is a 3-dimensional facsimile of the content of Heaven (or whatever you want to call the afterlife).

We are given the setting in which to move around, unlike the photo that cannot interact in its 2-dimensional plane. Still, our understanding here is limited by what we are able to perceive (5 senses and sense of being separate/solid).

We literally go to a higher dimension, a higher existence. Yes, the photo captured your physical look at one moment in time, and you as a mortal capture perhaps decades of existence here, capture the life form of the soul. 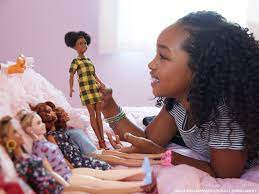 Remember as a kid playing with a Barbie or a GI Joe doll? You acted out an existence with them in which you commanded them to ride in the shoebox car or swim in the bathtub. You played it out. It was you guiding the dolls. You were the creator, the director, the puppeteer.

If our soul is our essence, it is providing a "fate" for us by letting the soul play out mortal life and see what it's like.

Does it mean that when we die, the facsimile dies and it's over? No.

Look at the photograph of you. You still contain the contents that were in that photo, only you continue on after the image is captured. The info of how you looked at that moment in time is held in that photograph. But the source of the photograph continues on in 3D world.

You hold within you the biological aspects of the source (soul) like the photograph holds the physical appearance of you.

When you pass on, all that content you created here is still held in the soul like that photograph holds the image of biological you.

It sounds very complicated until you look at it in a dimensional aspect.

The second dimension has no depth or sentience. It represents you, but only a flat plane photographic image. The only knowledge held in that photograph is your physical appearance.

The third dimension has sentience, biology, depth, movement, and deals only in this 3rd dimension that includes physicality, time, space, and a sense of solidity and separateness. That representation of you is limited like the character Truman in the movie, "The Truman Show." You are held in a limited bubble of understanding and experience based on biology, physical form, and senses. the only knowledge held in your physical form is a biological experience of the soul.

The Heaven Dimension takes away the limitation of 3-dimensional physical form and understanding to a omnicient level of being, energy, freedom, no separation, a collective where everything is in the true dimensional form to seem "real" compared to the stage set of the human experience.

We go to forms of light and energy versus a solid human mass and that energy can flow through and around everything with no sense of time, space, or lack of understanding

Your superhero status is held in your soul.

This eternal mind-blowing perspective makes it possible to no longer hold onto the time we were here. We learn what our true purpose is.

Remember the barbie dolls? Imagine going from being Barbie to being the girl that is holding the doll.

She would run around in that girl's body, playing on the playground, eating supper in one gulp, taking on life with tons of gusto being able to do it on her own.

And so Heaven offers us this freedom to play, to fly, to know, to understand, to finally reach a higher level of universality.

If you were an actor and you were in a play that ran for three months, every day you would go and act out a life on the stage. But, all that time you were still you, with your past, your future, and when the play was over you would go back to your life. You could reflect on your time in the play, but you would not wish you were still in it as your real life beats parroting on a stage.

The soul is the actor. Your living form is on the stage. You existed before this mortal play and will continue on after the run.

All things in good time.

When you grieve the loss of someone, grieve that you are going to miss having them here the rest of your earthly time. Do not grieve that they passed into the afterlife and will miss out on the earthly experience.

There is a great awakening and welcoming as well as some cheering on for having been willing to take oneself through the mortal stage and better understand this form of life.

Mind you, this is my perception of the experience and how it works, but a lifetime of observing, researching, and having a fair degree of psychic insight, I feel confident that this puts it in a perspective I understand and am in complete agreement with.

You, however, will have a different conclusion based on religion, desires, frustration, and loss.

Perhaps the greatest gift of this experience is all the ways people can see things, decide things, act upon things.

Imagine the collective knowlege for the universe when we report back to "headquarters" and add to the cumulative understanding.

Biology is only one form of life.