What Do We Know About Our Interaction With Water? 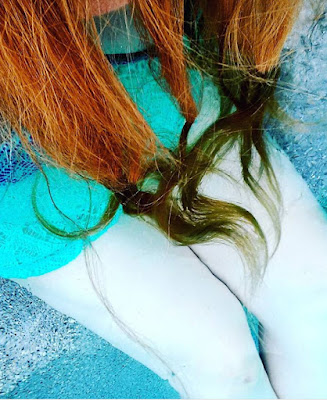 Proudly descended from the viking people, water is my heart and soul. We can't live without water, but my soul dies if I'm away from it. Rain, sleet, snow, streams, ocean, pools, waterfalls, showers, whatever form water takes, I'm dancing around in it. It gives us so much, but let's look at what we do for each other.

Moving water puts off negative ions. That doesn't sound good, but it's actually GREAT! Negative ions take particles from the air and drop them to the ground to clean our air, and at the same time the negative ions affect our moods with a sense of euphoria. If you ever wonder why standing by the ocean creates an utter peace and soul-stirring sensation, it's the happy negative ions!

In fact, Niagara Falls is the greatest generator of negative ions in the world. It was said that fencing was necessary as the feelings of utter euphoria could make people feel rather invincible. Oh my!

Negative ions can be created by waterfalls, ocean surf, in wind, forests, mountains, and at home one can use a simple air purifier (this also creates ozone which can kill viruses), water fountain, or even Himalayan salt lamp to create the effect (be sure to keep lamp away from pets that want to lick it - it can kill them if they ingest too much).

We affect water as much as it affects us?

Researcher Masaru Emoto (ironic name) discovered that our very thoughts and intentions upon water molecules changed their shape and condition.

Experimenting with music types, thoughts, prayers, bad thoughts, and even ignoring the water, microscopically its form changed. Imagine the power we can have given our connection to water -

I will carry on my own experiment with my Brita pitcher and see if happy supportive intentions can bring a water that renews in any way.

In my research of very haunted locations, many are beside a body of moving water. The house I grew up in was called Springfield originally because of the spring that ran under the house and the one on the property, as well. Can water play a role in hauntings?

Like geology, water is thought to be a possible connection and here's why -

Pure water is a poor conductor of electricity because it is very slightly ionized. In liquids, it is the movement of ions under the effect of an electric field, which helps in the conduction of electricity and pure water is less ionised.

It's the very impurities in outdoor water that could be creating a great electrical conductor and a part of the "alchemy" of hauntings.