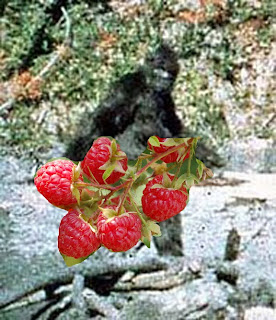 Then, my mind went to the tendency for man and ape to apparently like to get high and I wondered about Bigfoot. He would certainly fall victim to the same desire his genus homo relatives do.

If BF is eating a serious crapload of overly ripe berries at the end of season, might he take more risks to get his buzz? Might he wander out where he's seen more often? Might he be seen more often because his inhibitions diminish and his guard isn't up?