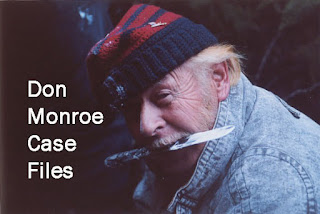 PRIOR INSTALLMENTS OF THE SERIES - LINK
In an extremely well-hidden cave, Don Monroe came across hand and foot prints, an ancient fire pit, bones of recently killed and eaten birds as someone sat upon a boulder.
Don went back many times, taking other researchers with him to document and cast the prints and leave food offerings that had some unusual results - including them bringing a potato with a plastic fork in it back to his doorstep nearly a year later (20 miles away).
Each time Don left the cave, he took a rake and smoothed the sand out. One time in the cavern, he found a spot where a man sat down (naked) and rested against the boulders. He left a print of his thighs, butt crack, and his, well, private parts. 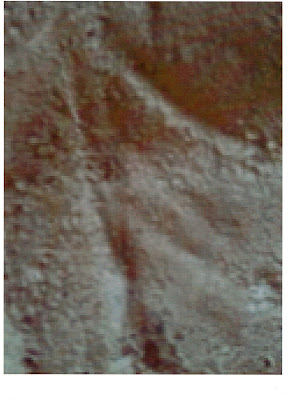 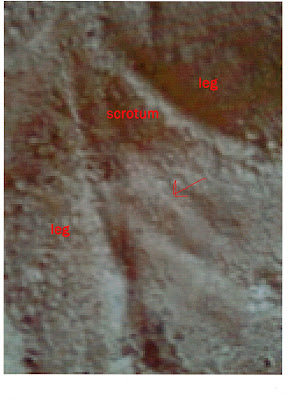 Don was able to cast it well. He proceeded to note that there were boulders purposely lined up in the dark near a bedding area. It would make sense to find one's way around in the dark, they could find the line of rocks and know where their area is located. 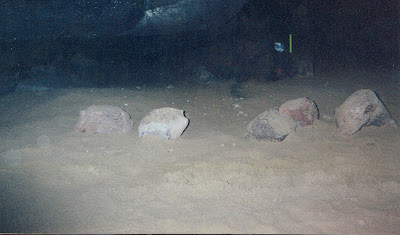 This was quite the find, as were the many hand and foot prints, including children! Something was raising pigeons within the cave, eating the eggs and then later on when the pigeons aged, eating them. They had also been nearby digging for water in a creek bed often, with knee prints, hand print, and dug out dirt going down to water.

Who or what inhabits the cave? Well, they liked the wooden skewers with gumdrops and ate them and stabbed the sticks back into the ground in a nice lineup. 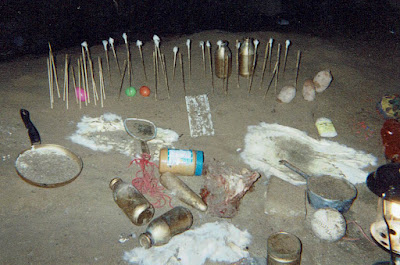 As it has been about 15 years since he researched the cave, he is planning to go back and see what another generation may be doing there. I will keep you posted.