Don Monroe Case Files: The Shotglass Gift From the Cave Being 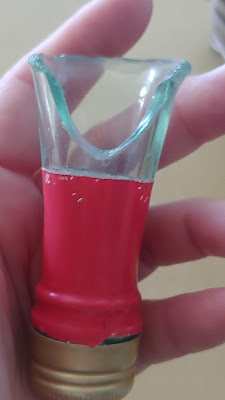 Don Monroe dropped by and we spent 16-hour days for days just archiving almost 60 years of research. One thing he shared was a highly exciting finding -

Don had been hiding treats, blankets, and other things in a hole with grass around it for some cave beings who were obviously hiding out in a very remote cave. 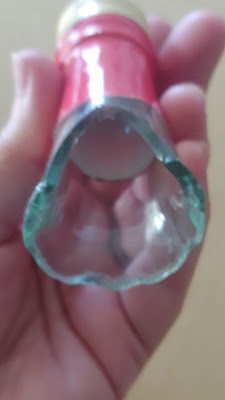 They always took the treats and even took a blanket one winter and brought it back in the springtime and put it down into the hole with holes in it and well-worn.

One time, he came back to see if they had taken his treats and standing up in the hole was a "shotglass" fashioned from a bottle neck.

He looked it over to find scratch marks on the cap, the label and cap still intact. But, the glass was not only shaped to allow for your nose when you drink, but it was smoothed down to not cause any injury at all, very smooth. You can, however, see some signs of it having been worked down with a rock likely to make it smooth.

It was the first gift he had gotten, as they usually just returned objects and ate the food.

For more in the Don Monroe Case Files series, start with #1 and the links to the others are in that post.

There are TONS of new things to share that are going to baffle and amaze.