What's It Like Growing Up in an ex-Civil War Hospital? 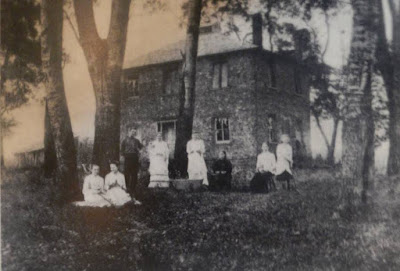 Aspen Grove was more than just an estate built in the 1750s in Fairfax, Virginia.

It represented a time of great strife and death, but also great beauty and escape.

When my family moved into the estate in the early 1960s, it needed work. There were two cottages, a barn, and stables. Also, an apple orchard, wisteria arbor, cherry trees, two enormous boxwood maze gardens, lots of black walnut trees, and only one Aspen left. 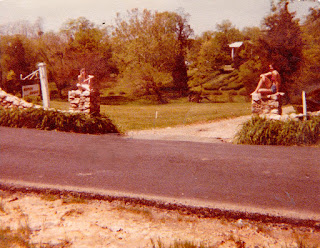 Mother was an art teacher and historian so working from home and renting cottages to students at George Mason University nearby were her focuses. Uncovering the history of the house and getting onto the historical society cataloguing were key. 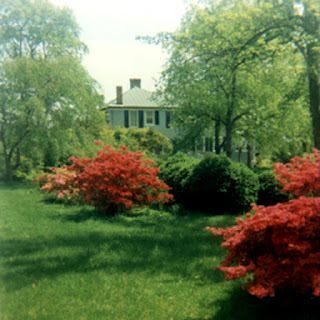 We five kids took to the property with a metal detector to dig up artifacts that dated back to the time of Native American habitation, Revolutionary War, Civil War, 1920s, and more. We filled up a showcase while dad bounced around on an old McCormick tractor on weekends like the show "Green Acres." During the week, he commuted to work in DC. 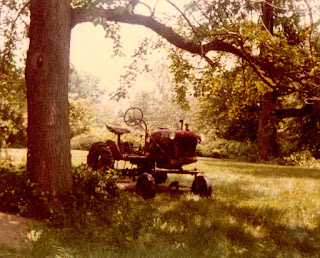 As I was a baby, the ghostly goings on in the house were part of the natural world. I didn't know any different. My much older siblings,  however, knew the house was haunted.

Mom and dad sat them down and explained that there were soldiers who died there, away from their families. Now, with this family in the house and all these kids, there was no one better to walk the halls and guard us than them. We were their family now.

Nothing more needed to be said. We felt both startled by the unexpected at times and comforted all of the time. 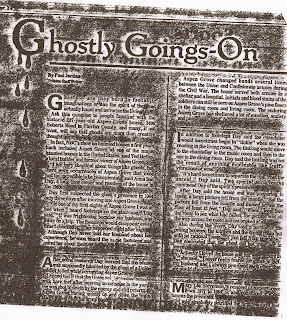 It didn't take long for word to get around about the haunted house on the hill.  Surrounding our property there were forests and a lot of tract housing that seemed quite distant. People drove down the road gazing out at the sprawling land and house perched atop the hill and whispered about the ghosts.
When I began my elementary school journey, most kids knew each other from the neighborhood. I was an outsider. In fact, I had never seen so many kids in one place. In a way, not having that early need to socialize and be liked as a young child, I was very independent and not one to give in to any social pressures. I liked my own company and our estate's privacy. I could make daisy chains, lie back and watch clouds go by, build a treefort, or sit in the barn and listen to a storm break outside. It made me creative. It made me a person who has never felt bored a day in her life.
Living in history, both its location and my mother's antique home furnishings, I often felt a bit weird. Other kids had modern homes, modern furnishings, and I felt a bit like one of the Munsters.

To make me even odder among my peers, newspapers and TV shows wanted to cover the ghostly goings on and the history. Then, psychics asked to do seances. My parents were open-minded but not particularly into ghosts, that is, until they had so many encounters they knew that the very way the house was built, the stream running under it, the quartz on the property, and its history made an ideal spirit vessel.

There were some reminders, like a cannonball buried in the wall, stains on the old wood floors from soldiers' blood, now and then carved names in trees around the property.  The house had thick walls and a spooky basement, creaking floorboards, and bats housed in the window shutters. Still, the smell of magnolia and wisteria, the sound of rain on the tin roof, and the magic of growing food in the gardens were precious benefits.

The odd thing about this estate was that everyone who lived in the cottages or passed by and was curious, so dropped in, left with a sense of peace. They wanted to come back repeatedly because it felt like a haven that was suspended in the middle of DC suburban chaos. It had become a haven for many.

Even in the afterlife.

We made a pact, along with a neighbor friend who taught history at the university, that we would haunt the place. My father was seen in 1979 by the new owners (we sold in 1977 and moved to Arizona). They saw him on the property and didn't know he had passed. My mother, brother and sister passed on, as did the family friend. My sister was seen in a white gown in the boxwood maze where she had been married decades ago.

As kids, finding the remains of a soldier in a crawlspace, handling artifacts, exploring the forest and Pohick Creek were commonplace. We had a good attitude and a protectiveness about our historic haven.

Mother put on art shows in the formal boxwood gardens, she allowed art students at the nearby university to come and sketch and paint among the gorgeous gardens. Her own art students oil painted in a glass-lined room in the home. And parties were a joyous thing in this setting. With father working for the government, many meetings and parties were held to get projects moving.

Upon occasion, an apparition would appear. Some were predictable, others had no rhyme or reason. Voices could be heard, cabinets closing and opening, nightly footsteps, strange blue fog, and more.

I began my interest in how and why hauntings occur. I would take note of people moving in and out of the house, like siblings or relatives visiting, the overall mood of the people in the house, and look for patterns in why it was quiet or active.

Given the logic-minded Virgo I am, I believe that if I had been raised in another environment, I wouldn't have developed my psychic skills in psychometry (ability to touch an object and know about others who were in contact with it). I also likely would not have taken a particular interest in the unexplained. All of that might have led to another occupation than writing. And, heaven forbid, no Ghost Hunting Theories. 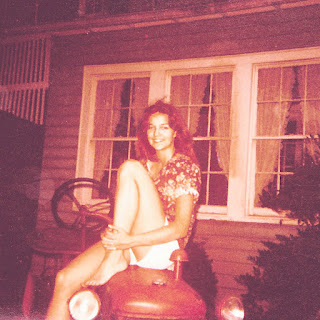 I was embarrassed as a kid to live in the creepy haunted house on the hill, but as an adult I realize it was a very unique and life-changing thing. Had a grown up in tract housing like the other kids, I might not be so independent and unlikely to change to fit in or admit that I like the unexplained. In other words, I might have been a very boring girl. 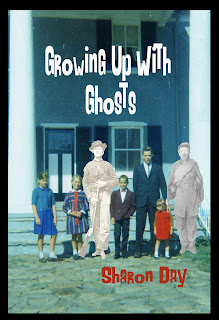 GROWING UP WITH GHOSTS
If you love the seaside and ghosts of the Cheseapeake, you might want to read my 5-star book about our family's summer home and the kinds of spirits and mysteries in the waterfront. 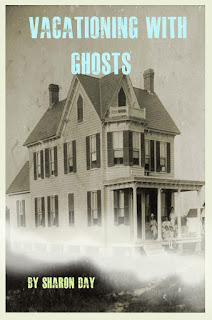 Vacationing With Ghosts
Some places are haunted and other places haunt you long after you leave. Aspen Grove was both!
My books can be found on Amazon