HALLOYSITE
Many people assume that mining areas for gold and copper were popular attractions for ancient alien visitors, but perhaps that is not the material they would have been seeking for technology.
Halloysite, is utilized in nanotechnology, a new study for us humans, but perhaps not for other beings in the universe. NASA has looked at its applications for interstellar travel in the form of nanobots for astronauts to protect their bodies from radiation, tumors and disease processes.  There are countless potential applications for an army of controlling nanobots to handle subsystems in spacecraft, maintain health of the biological beings on board, and manage cloaking devices, weaponry, propulsion and more.
Today, nanotechnology companies are looking at some exceptional applications for this exciting new field.
Naturally formed in the Earth over millions of years, halloysite nanotubes are unique and versatile nanomaterials that are formed by surface weathering of aluminosilicate minerals and are composed of aluminum, silicon, hydrogen and oxygen.

Halloysite nanotubes are ultra-tiny hollow tubes with diameters typically smaller than 100 nanometers (100 billionths of a meter), with lengths typically ranging from about 500 nanometers to over 1.2 microns (millionths of a meter).
Halloysite is mined in Utah, Georgia and Brazil; interestingly, three areas that also harbor ancient mounds, strikingly similar art work, and misshapen skulls in burial grounds.

When time will allow more work will be done in the ruins of what is known by the native Indians Cublick. This name was first heard by the writer while conversing with a Piede Indian who, when asked if he knew anything about the builders of the mounds, pointed at them and said: "Cublick," "Cublick;" at the same time showing a spirit or expression that indicated that he looked upon the spot as a place accursed or marked for evil destiny. We learned from other Indians, that it is shunned by them as though some curse or awful crime rests upon the land around it. When asked about the people who built the mounds and made the stone implements, they either pointed to the South or say they do not know, but positively assert that the 'Ingens no make em.'

Inquiries made to Indians of the valleys as to when did their ancestors carve the markings on the rocks elicited the reply most usually made by the Indian. Injun no manik, maybe so Shinob manik. Shinob is their name for the inferior deity. Neither could the Utes, Paiutes, or Paiedes account for the rock pictures so frequently found scattered on rock surfaces over most of Utah, far into southern Nevada, and extending into Arizona, southern Colorado, and New Mexico.


Several score or more of stone mills or metates of the Toltec or Aztec pattern were found, as well as the mano, or hand stone to each mill…These discoveries have brought to light near Ogden what are without doubt some of the very oldest human remains on the face of the earth. The writer believes them to be older than anything we find in Mexico or Central America, inasmuch as the stone mills and pottery are of the self-same designs and quality of those found in the great valleys of Mexico and Yucatan.

At a depth of almost seven feet the base of the first mound was reached and on its ancient floor was found a disjointed human skeleton. The shape of the skull was long and narrow, the jaws heavy and wide, the teeth were large and well preserved. In the skull what is known as the bump of veneration was very prominent, combativeness small, philoprogenitiveness very full. The frontal bones of the forehead projected very much.”

Words from the Creek Indian culture and Mayan culture, as well as art and building construction appear to be remarkably related. Much too related to be coincidence. 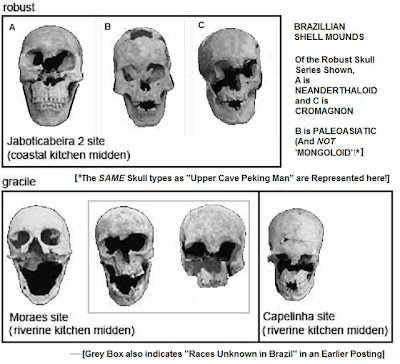 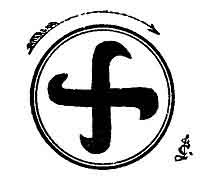 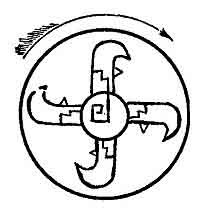 
There is conjecture that these symbols represent the molten core of the earth and the process of magnetism and gravity.

We leave you with this interesting irony, that we might need to look to the ancient past to advance our future, in fact, learning from our ancestors a lost knowledge.
*my books can be found on Amazon*