One of the Scariest Forests in the World: Hoia Baciu 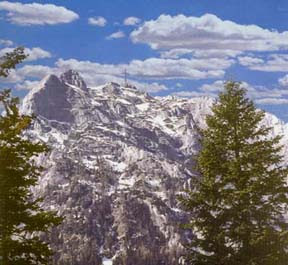 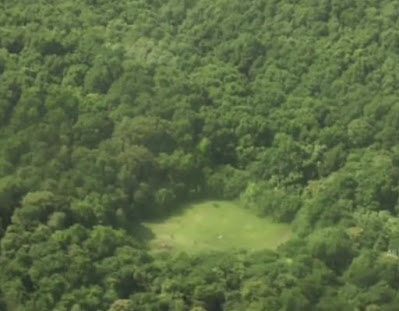 "Destination Truth" had a season 3 opener that got a lot of attention for showcasing something that isn't necessarily a haunting, but a combination of conditions that seem to be prevalent in "weird" places including ghost lights, feeling sick, plants not growing, even poltergeist-like effects.  In the Romania forest of Hoia Baciu, the DT crew got a real wake-up call about the forces on the earth that are yet to be explained.
I was able to find that gold and copper mining in this mountain range is extensive, loads of limestone and salt. When I think of gold, copper, and salt, I think of electrical conductivity. Hmm...

Going a bit further, I discovered that the copper mining had leached copper into the streams and there were huge issues with toxicity.
On the show "Destination Truth" they probed for what sort of symptoms people exhibited in the haunted forest. They rattled off things like vomiting, anxiety, insomnia, headaches, skin rashes, and fatigue to name a few. Ironically, these are all copper toxicity symptoms.
Had they done a 24-hour urine on the team member who was vomiting, it might have helped to rule in or rule out one possible issue with making people very uncomfortable there. They did check the soil for signs that things may not grow there, but those are very broad-parameters for imbalances. Checking copper levels in the soil might have helped, as well.

Could there be natural "earth lights" caused by high copper in the land? Could the electrically conductive ingredients of gold, copper, and salt make for some sort of spook lights? Could it be a potent enough mix to affect living things like the strangely gnarled trees and the feelings in human bodies? Interestingly, Michigan there is a phenomenon of light called "The Paulding Light" near an old copper mining area. Could spook lights be a phenomenon found around other mining areas? Michigan has been a major copper state.
Anyone watching the History Channel show, "Secret of Skinwalker Ranch" has seen how the ground is actually conductive there and will even light up a fluorescent bulb or flashlight.

Then again, if UFO's are truly tied to the area, could it have something to do with the earth concentration of such geological components? A sort of attraction or refueling station? This is also what we are seeing at Skinwalker Ranch. 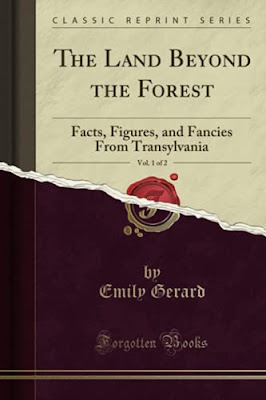 The Land Beyond the Forest