In the Forest: Hansel and Gretel and Little Red Riding Hood 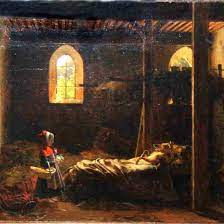 There are certain fairy tales that stick with you long after you hear them. Some involve the deep dark woods like "Hansel and Gretel" and "Little Red Riding Hood." Let's explore those dark fables -

In 1812, the Brothers Grimm published "Hansel and Gretel" in their Grimms Fairy Tales.

In this dark tale, two siblings get abandoned in the forest only to be taken in by a witch who has a cottage made of baked goods. The witch intends to fatten up the children to eat them. But, Gretel outsmarts her, kills her, and the children escape with her treasure.

Although the legend of Little Red Riding Hood may basically go back to the 1700s, the story has been remade and retold for hundreds of years including Brothers Grimm. In this tale, the little girl heads through the forest with a basket of goodies for her sickly grandmother. When she arrives at grandma's cabin, she doesn't seem like herself. Apparently, a wolf donned grandma's nightgown and hoped to lure the girl in to eat her. The original version has her eaten by the wolf, but latter versions change that to make her a victor. 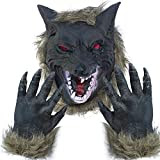