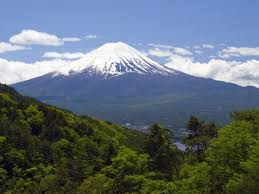 Many refer to beautiful but deadly Aokigahara Forest in Japan as "Suicide Forest." In 2003, 105 bodies were found in the forest, exceeding the previous record of 78 in 2002. In 2010, the police recorded more than 200 people having attempted suicide in the forest, of whom 54 completed the act. It's not the #1 place in the world to end one's life, but it is definitely the most mysterious and beautiful location associated with tragedy.

Culturally, Japan has one of the highest suicide rates and throughout this dark and twisting forest that often leaves people lost, they have posted signs of encouragement to help change minds.

Could such a location be haunted? My question would be - why wouldn't it be? Sitting atop of an active volcano, the forest is thick and well fed from the geology, but that same active geology can be a disruptive element in which hauntings should be expected and especially when the deaths were preceded by agonizing (sometimes days) of muddled thoughts and self-hating inner dialogue followed by an act that would surely leave intense energy.

Campsites are often come upon with belongings left by someone who wandered off and likely ended their misery. 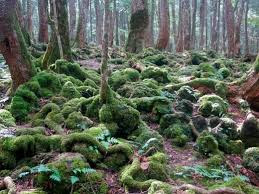 The forest draws curious lookie loo's, but it is very easy to get lost in and it is fairly well monitored to interrupt any dark plans.

It has also inspired documentaries and films.

NOTE:  The National Institute of Health has some guidelines for dealing with those who may be suicidal. LINK HERE