Feral People: Hiding in the Woods 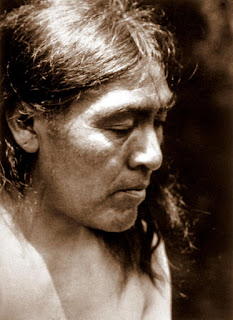 People throughout millenia have taken to the forests from the fabled Snow White to Robin Hood and his Merry Men, from hidden tribes to abandoned children.

Let's look at some unsettling cases -

Ishi (above) was the last of his tribe that had been slaughtered off during an Indian genocide. But, him and some of his family escaped and hid for 44 years and were thought to be extinct.

At 50 years of age in 1911 and starving to death, he dared to get a bit too close to civilization in Oroville, California and was taken in.

He was given the name Ishi because he had no people to give him a name. Examined and paraded around for the public, he eventually died alone of tuberculosis five years later, having no immunity to any diseases among the European settlers.

Stories of wild children are among the most enthralling, perhaps because it amazes us a child could survive the elements and knowing that beyond a certain age if language is not taught, it may never be acquired. 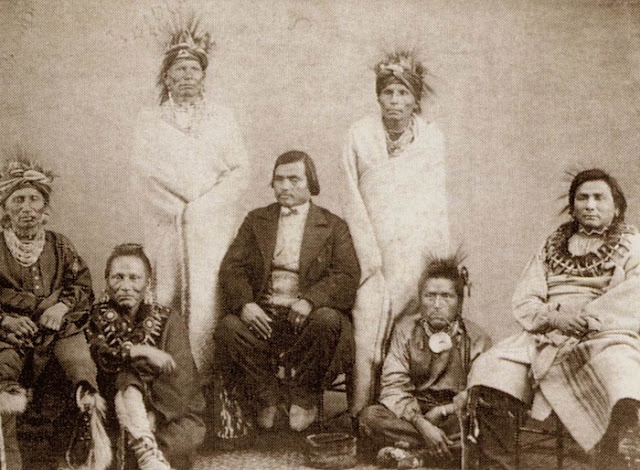 Meskwaki Tribe
In 1731, a wild woman showed up in a French village, carrying a wooden club. She wore animal skins and the teen was strong. The villagers lured her in to find that she only spoke with whoops and animal sounds. It was reported she was later taught French and became more civilized. When asked about her background, she explained she had escaped to the forest after being kidnapped and brought to France as a slave. It was later thought the girl might be of the Meskwaki Tribe of Wisconsin.
Adults have often found themselves the lone survivor of a family isolated in the hills. One such case came from Siberia where a woman survived 70 years!
The Lykov family in 1936 fled to the Siberian wilderness, feeling that their religion was under threat by the Soviets. They had a very hard struggle to survive, some dying of hunger, others of organ failure and the like. In 2016, remaining member, Agafia was airlifted out for help, but has since returned to her wilderness retreat with her goats and her chickens.

Perhaps the most famous of the feral children was Oxana Malaya. This Ukrainian girl was referred to as the "dog girl."
With an alcoholic father and left to be raised with the dogs, she literally acted as if she were one of the pack, possessing no language, and moving on all fours. With time and attention, she spoke intelligently and was assimilated into human life again.

Could one survive in the woods alone? There's living off the land and then there's fashioning the land to live.
There are a lot of YouTube influencers out there whacking away at the debris and living off grid. Here's my favorite channel for this subject, a couple in British Columbia - Off Grid With Jake and Nicole