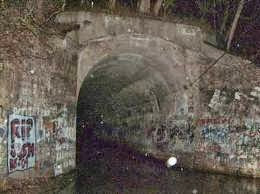 Sensabaugh Tunnel, Kingsport, TN
The legend goes that a man named Sensabaugh lived near the tunnel with his family.  It is said that he killed his entire family and threw their bodies into the creek within the tunnel.  If you enter the tunnel and turn off your car engine, it supposedly will not restart and if you look into your rearview mirror, you will see Mr. Sensabaugh approaching your car.  Then, as he approaches, your engine will start again. 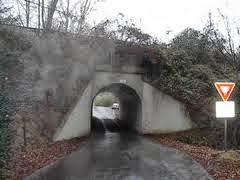 Silver Run Haunted Train Tunnel, Cairo, WV
A lady in white apparently appears at the opening to the tunnel. Others report strange fog, whispering voices, train sounds with no train.

The Gadsden Hotel in Douglas, AZ 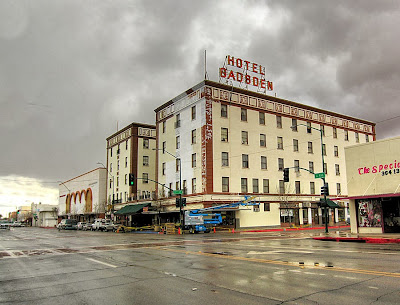 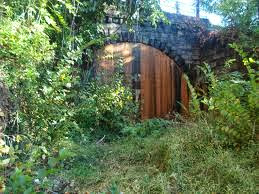 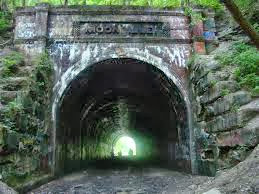 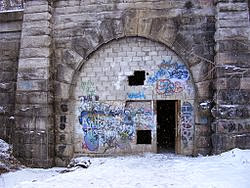 The "Blue Ghost Tunnel" was closed in 1915.  Accidents, suicide and also sabotage have supposedly tainted the energy in this long-abandoned tunnel.  A report in the St. Catherine's Daily said -

"On the Grand Trunk rail line near Merritton a serious and fatal accident occurred near the Merritton Tunnel today. The accident occurred around 7:03 am. Engine Number 975 to leave from Niagara falls at 6:00 am and run through to [the city of] Hamilton. The Engine Number 4 express train was scheduled to arrive in Merritton at 6:28 am. As nearly as can be learned it was 7:03 am when the ill-fated express train passed a small telegraph station near the tunnel, a few moments later Engine 4 and Engine 975 met with a terrible crash. Both engines were in full steam when they met head on. The estimated speed of both trains was about 22 MPH (miles per hour) at the time of the collision. Both engineers escaped with only broken limbs and minor cuts to face and arms while Mr. Charles Horning (firemen) for Engine 4 was killed instantly."

"The other firemen, Abraham Desult, from Engine 975 was smashed into the boiler of the train, and received burns to 90% of his body. He was rushed to the St. Catherines General Hospital where he died 5 hours after the accident."
Florida, MA The Hoosac Tunnel "The Bloody Pit" 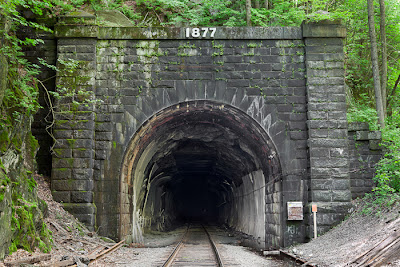 This tunnel got the name of "the bloody pit" because back in the 1800s when it was being dug, over 200 workers died. They used nitro at one point to blast it, and killed more folks in the process. Then, 13 miners died in a gas explosion. Villagers nearby had heard moans and seen strange vaporous shapes. Another man was found stumbling around the area, lost for days, babbling about ghosts in the tunnel. Another man was electrocuted by the lines. The list goes on and on of bad things associated with the tunnel to the point that one comes to the wise conclusion - it is cursed.

St. Louis Ghost Train
If we're going to talk about haunted tunnels, how about a ghost train? This one is seen in St. Louis, Saskatchewan, Canada. A light is reported to run up and down over an old train railway, changing colors and intensity. These are often referred to by many as "spook lights" or "earth lights" but their correlation with the track makes many wonder if a ghost train is riding this old railway.