What Do Aliens Want? 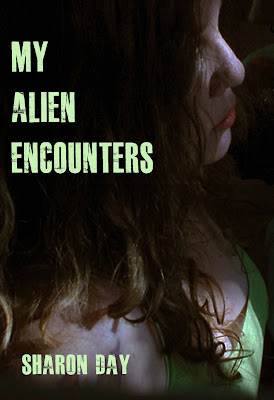 I have rarely spoken of my alien encounters on this blog for the same reason many people do not try to explain an exalted encounter with God speaking to them, having a ghostly encounter, or watching a UFO overhead make crazy maneuvers in the night sky.
As an exceedingly logical person, a Virgo, and a skeptic in general, alien greys were not something I wanted to discuss but something I have come to realize I MUST discuss because when something extraordinary occurs, that is the time you need to share with others so they too can learn it's safe to speak about such things and to inform those who may be silently suffering the same situation.
In my Kindle book "My Alien Encounters" I discussed life-long contactee situations. There were no abductions but encounters in which I was given information and a mission.
Honestly, I am someone who never believed flying saucers came from faraway planets and felt that the space program was a money waste as the real mysteries about our universe are all demonstrated right here on Earth, if we simply spend the money and focus on investigating.
But, I have to admit to truly absolutely and positively real encounters with greys throughout my life that culminated in a destiny. As a small child, I was told I was given abilities that set me apart and that I would go through many life trials before I begin to use those skills and meet my mission. All that was absolutely true.
And I have pondered the mission and the nature of these beings relentlessly to work it out in my logical mind how they exist, why they exist, and what do aliens want?
Note: This is a hard subject for me as I do not want to be considered woo-woo or crazy, imaginative, or a liar. This is a reality that concerns my timeline and others have their own realities. It's not up to us to consider if theirs is more real than ours. It is simply a chance to learn about how life can play out and all the possibilities given all the varied experiences individuals have on the same planet. I know it scares people to think "what if such a thing were possible?" because suddenly our world seems topsy turvy.
But, look at it this way, if it's part of the universe we exist in, it's always been there. That we now recognize it means we finally are seeing more of the universe and accepting it means being able to see even more. It's a blessing to know what you have to work with rather than be blind of all that is available to us.
Hit the 4-minute mark on this fantastic Gregg Braden video -

Is this my mission?

In the video, Gregg (a very insightful man) postulates that aliens are studying us to figure out how to become "human" again.

I have never heard such an accurate explanation of the alien abduction "phenomenon."

As a lifelong contactee, I can say that they are very intrigued by what makes us "human" and struggling to find that again.
I worry that as we go into a computer-focused future for mankind, at some point we will become plugged in and mechanized "borg-like" beings. How will we find our way back to individual humanity?

With enough time, it seems the alien greys have bred into their kind the traits of working as "one" and at the cost of emoting, individuality, and compassion.

Today, with the Internet, I see humanity beginning to turn cold to truly heartbreaking moments, judgmental, divisive, and even cruel to others through the anonymity of the Web. We are inching closer to that condition in which we are a collective and today's administration shows evidence of us being assimilated at a faster pace.
We give up more and more freedoms as we go along, such as the freedom to vaccinate or not. (Believe me, I'm extremely pro-vaccine for my own logical reasons and life situation, but I also wish my fellow citizens to decide where they stand and have their rights as I would wish them to honor my choice). Our Big Tech is now putting disclaimers on our Instagram and Facebook postings and blocking information. Our government is working toward making us dependent upon them (the "Borg" Collective).

I think in a subtle way, we are all realizing we like being online and told how to see what's going on in the world and fed only the bits sponsors wish us to know. It's easier than the messy business of one-on-one contact. We are losing that community, knowing your neighbors, having family and friends to depend upon, and the curative human appeal of a sympathetic hug.

Do we need God in our equation? I believe it's best to have faith in something more Divine and unconditional than the government that sponsors us.
What do the greys search for? My guess is a past in which they were tall and strong, cried at funerals, and rushed into burning buildings, lived independently, could be anything they dreamed of and worked for instead of a predesignated role.

In other words, are the aliens our evolution???

It's not too late.

I've shared before that I was given a "mission" by the greys. I pondered the damn mission for eight years. What did it mean? Was it figurative? Literal?

"Find the schism between the worlds and open and close the door at will in front of witnesses."

As I consider what I've stated above, that schism (Schism - a split or division between strongly opposed sections or parties, caused by differences in opinion or belief) could be between the two worlds - humanity and individualism versus hive and collective.
How does one open and close the door between these two worlds at will and in front of witnesses?