"The Proof is Out There" History Channel 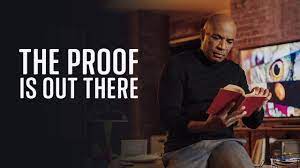 Are you missing the 1970s "In Search Of" show? How about a modern take with interesting unique phenomena? "The Proof is Out There" on History Channel is a new favorite show. I'd love to personally thank History Channel for being the very best programming for us para geeks and curious nerd minds, while still pleasing the general public.

"The Proof is Out There" investigates the world’s most mysterious videos, photos, and audio recordings, and uses the best technology and experts to render a credible verdict. Each episode analyzes and passes verdicts on several seemingly impossible things “caught on film,” including giant beasts, UFOS, apocalyptic sounds, hairy humans, alleged mutants from the deep, conspiracies, and many other cases. Host and veteran journalist Tony Harris takes nothing for granted in a quest for answers, tracking down eyewitnesses, putting each photo or film through a battery of tests, calling out the hoaxes, and highlighting the most credible evidence in an attempt to better understand our world.
I have to say that Tony Harris truly makes this show an exciting mental quest, drawing us in with his own obvious interest in the subjects. The viewer feels like one of his Scooby Doo gang, taking us along as he investigates.
I can't recommend the show enough.
You can catch up on the episodes HERE. 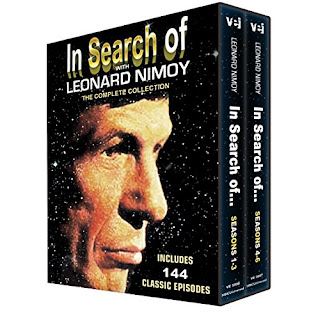 In Search Of complete collection