Skinwalker Ranch: The Pineal Gland and the Possible Explanations

The answer to what happens at places like Skinwalker Ranch might be found in the pineal gland. In locations where natural conditions (or highly unnatural ones) occur, transmission of electromagnetic frequencies, infrasound, geomagnetic forces... could be affecting this gland we call the "third eye."

Let's first take a look at what infrasound (a frequency of sound too low for humans to hear, but their bodies to feel), can do to something as simple as H2O.

Now let's take something in your body that controls systems that could be affected by this reorientation of molecules - the pineal gland (floats in cerebrospinal fluid with direct communication to optic - vision, and controlling hormones such as melatonin for sleep, often referred to as the Third Eye). 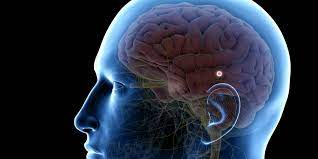 *Communicates with the optic nerve so when light levels lower, melatonin is released to initiate sleep.

*Is the size of a piece of a pea and floats in cerebrospinal fluid in the area we refer to as the "third eye."

*Is part of your endocrine system, as it secretes hormones.

*Is part of our internal clock and circadian rhythms.

*Resides deep in the brain between the two hemispheres.

*It signals your time to wake, to sleep, releasing melatonin to make you drowsy once light levels are low (has communication with optic nerve).

*It can alter the behavior of the pituitary gland that regulates thyroid function and growth.

*Plays a large role in us having a sense of direction.

*It is believed by many to secret DMT (hallucinogenic) that affects dreams and mystical experiences). 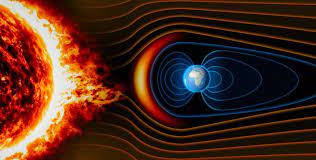 Now that we understand this part of the brain, let's have a look at how it might play a role in some of what we see at Skinwalker Ranch and in ghostly encounters and the like....

In ghost investigations, my team doesn't proclaim psychic powers, but on nights where they are encountering ghostly activity, they are suddenly sensing, feeling, seeing, smelling ghosts. Are there more ghosts that night? Nope.
I've found solar storms causing geomagnetic storms on earth happen 100% of the time on active nights.
It's not that ghosts are there suddenly, it's that pineal glands are bombarded and now they are tuned in like a radio.
On nights of such geomagnetic storms, people have very vivid dreams, depressed people feel suicidal, heart patients are likely to have their heart attack. It affects every system. All of these can harken back to hormones released by this gland.
In the case of the ranch, should conditions in that area create or (be created) that put off such frequencies, the humans will feel it. Recall Thomas's scalp injury, Travis's pressure in his head, feeling "swimmy," and everyone's ability to see things that they may not be seeing when the frequencies are baseline. Note how when the meters go nuts, they look up and there's a UFO? What if this is always there, but their ability to discern it is not strong because the pineal gland is at its daytime baseline?
Perhaps the spike in this frequency activates the "third eye" and now they can see more of our world we don't normally perceive.
(I'd like to see people like Thomas wear an EMF-shielding hat or hood. In fact, they all probably should).
What's with the skinwalker type of creatures that are encountered on the ranch? Apparently creatures too can be affected by frequencies in very aggressive ways.
And portals? It's entirely possible that the creation of portals for entrance and exit in that area is putting off a frequency felt by all. In the case of the NIDS team under Bigelow's ownership, the viewing by two men of a Bigfoot-like creature coming out of a light (portal) likely meant the two men were being bombarded by the energy that created this portal and their pineal glands are activated, making it possible to see it, as well.
Let's look at magnetism (the pineal gland holds a piece of magnetite that helps our sense of direction). In fact, because of the bits of magnetite in the brain, we have some magnetosensitivity. 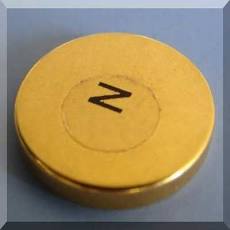 Interestingly, a scientist expert on magnetism tried an experiment once.
(Walter C. Rawls, JR) -
A mask was made which held the North pole end of a long cylindrical magnet over the pineal gland. The purpose was to stimulate the gland and see if there was anything to this ‘third eye‘ business. Exposure was in the range of 10-30 minutes per day over a period of about 4 weeks.

Conclusion
I'd really like the team to consider bringing in an expert in this arena and ponder, if these frequencies are bombarding the human body, what might the symptoms be?
How about a hat to shield you? Not a bad idea, especially during sleep. 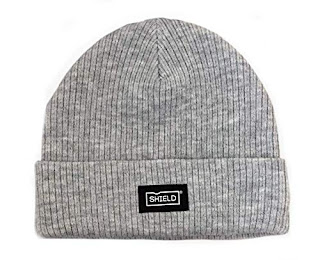 EMF-protecting hat
(blocking EMF, radiation, 5G)
If you enjoyed this - here's links to learn more!
More info:
Magnetic sixth sense in humans?
Magnet Experiment
My prior post about this