Hypothesis on Skinwalker Ranch and Other Locations Anomalies 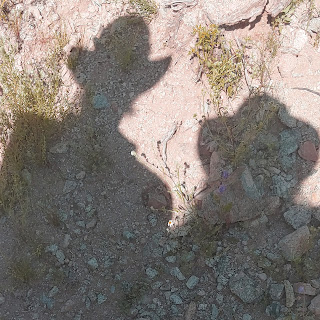 Researcher Dennis Guern and I have been contemplating Season 2 of "Secret of Skinwalker Ranch" and we think that Travis Taylor hit a nail on the head when he talked about asteroid strikes.

Let's suppose magnetic anomalies occur as a result of an asteroid impact. Within the earth, large content of iron and some rare earth elements are concentrated in one area, causing some oddities for those of us walking upon the land there and trying to use electronics. 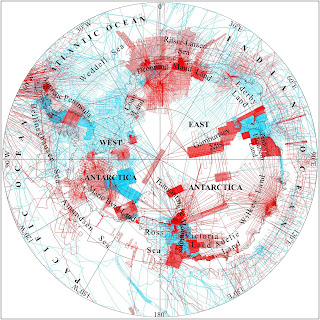 Surveys of magnetic anomalies reveals interesting areas and one specifically is a fine example. In Antarctica there is a 3-mile deep magnetic anomaly of great size that has many pondering if it had been a strike area of an asteroid in the past.

Locations around the world have had asteroid hits, but it's interesting to note these were in the millions of years ago time period, before man was shuffling around the surface. The ones that have struck since then have broken up above the earth.

One begins to wonder if asteroid hits that embedded in the earth might have been intentional placements rather than random strikes. (More on this later in this post)

Let's look at Utah and the Uinta Basin area where Skinwalker Ranch is located. 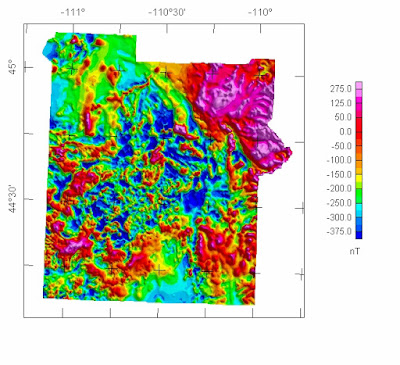 Let's check out this aeromagnetic map of Utah (above). Guess where the Uinta Basin is located? The NE corner of the state.

There is an area west of Moab, Utah (just south of Uinta Basin) referred to as the Upheaval Dome, an ancient impact site. It is interesting to note that these impact sites create fissures and caverns that would have been filled with water during the melting of the last ice age.

Today, dry lake bed areas stand where salts rose to the surface during the drying out period. But, caverns below would still offer wonderful potential for life and for refuge. In fact, nearby Blind Frog Ranch has shown caverns throughout and one researcher working with Skinwalker Ranch proposed caverns with water moving around below ground, creating a conductive environment.

It isn't a coincidence that Utah is known for spectacular geological views, but also for the legends of ancient giants within the caverns, mummies left behind of a culture that sought refuge in a massive cavern system when waters dried out (about 10,800 years ago).

Utah is also known for carrying a lot of rare earth elements (necessary components for electronics), that have been noted in the 100-foot sample Skinwalker Ranch obtained when drilling. In fact, the sands of this state have elements within. If we go back to "The Secret of Blind Frog Ranch," we recall that they took their sands and fired them up, pouring them into a crucible that produced metal. Talk about magnetic anomalies and false and bizarre metal detector readings or (in the case of the Skinwalker helicopter-  altimeter issues)!

Let's go down to the area of Argentina where there was an ancient asteroid strike. Here's a map of impact zones  - 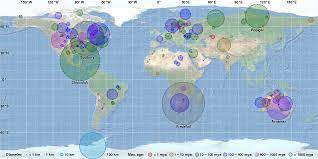 Here is a map of the South American anomaly - 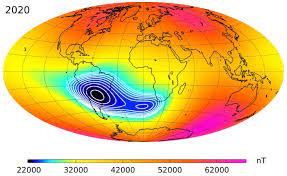 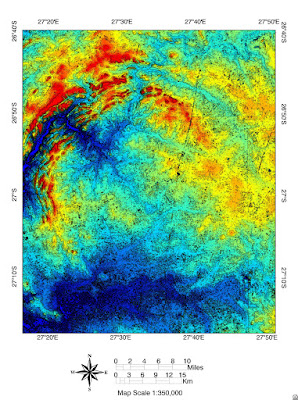 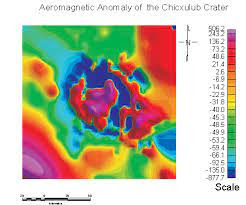 The Yucatan Peninsula has become quite well known for the impact zone that created and believed to have killed off the dinosaurs. (I am still having some issues with dinosaurs becoming birds if they died off and mammals somehow surviving into an evolution, while creatures like alligators and crocodiles survived....)

In the aereomagnetic image above you see they were examining the Chicxulub impact zone in the Yucatan.

We pose the hypothesis that a concentration of iron and rare elements embedded into the earth in various locations around the world may not be so much coincidental as a very ancient (millions of years) old infrastructure for visitors from other worlds. We see the impact they have on our electronics and also the appearance of craft in the air. If you were going to revisit a planet, wouldn't you want to set up some "gas stations" or "beacons" to navigate? Perhaps even find sources of elements you need while visiting?

We plan to continue to chase this concept with more evidence to support it. IF there are visitors from other worlds, why the attraction to that area? It may be quite simple - either it works as a marker for their guidance to know where to go to get something they want OR to utilize those areas as sort of launching points for their vehicles to propel (think in terms of same pole magnets).... 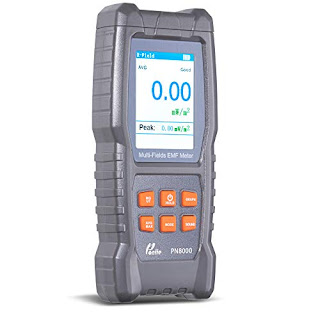 meter for electromagnetic and radio frequencies 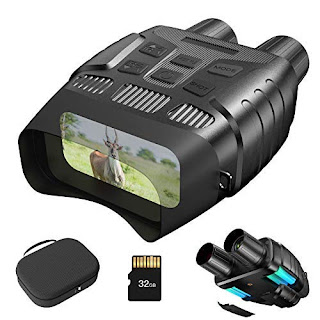