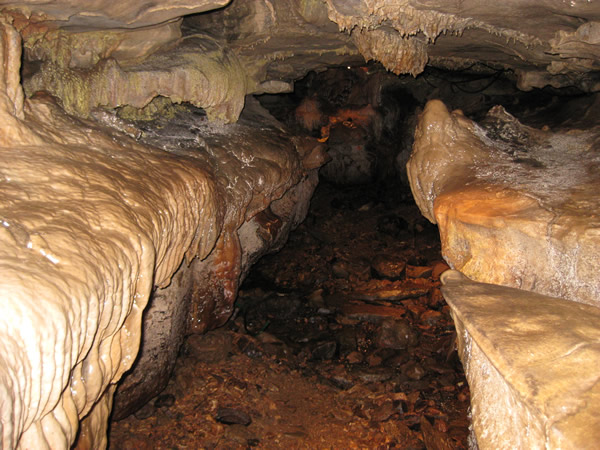 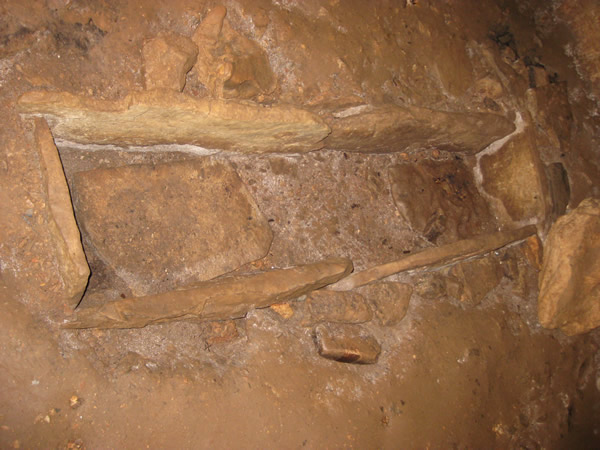 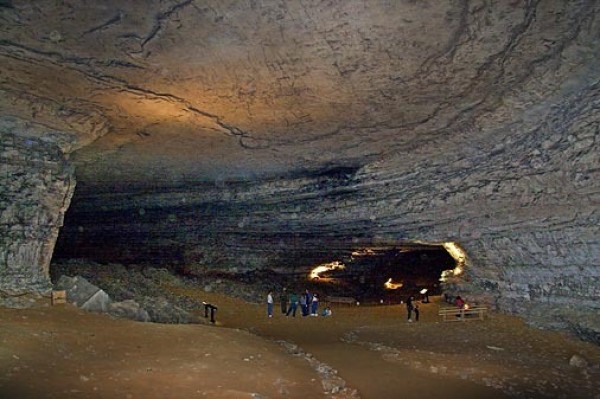 Mammoth Cave in Kentucky is called the largest haunted cave. Interestingly, both Tennessee and Kentucky have amazing geology and an ancient history of giant races, as well as having great histories of Native Tribes and Civil War hardships. These are perfect places for caves to be haunted. In fact, it's generally assumed there are lots more giant finds to be made in these caves, as well as perhaps even having active races of "little people" or "giants" and even "reptoids" existing within deep caverns today.
This seriously mammoth cave has seen a lot of history for thousands of years and that leaves a certain mystique, but it also has reason to be supposedly haunted. As far back as 4000 years ago, "Natives" were mining deep inside it.
Is the cave haunted by spirits or simply a very lengthy history for thousands of years? That is hard to tell, but some have had unusual experiences, seen things, heard things, felt things within.
In 1797, a man chased a bear into the entrance of the cave.  He was said to be the first white man to enter it. In 1798, a man who owned the land the cave was on, sold it to some brothers who wanted to mine saltpeter. By 1810, the brothers sold it to a bigger business who could mine for saltpeter on a bigger scale.  The War of 1812 made saltpeter much sought after. The new owner had slaves working the cave to mine the saltpeter for eventual gunpowder production. After the war, however, saltpeter needs fell and the business went under.
The cave then became known for the "mummies" found in it. This brought in the first tourists to see the cave. In 1842, the cave was used as an experiment to house people with TB. And patients died there.
This cave in Derbyshire and an EVP session- 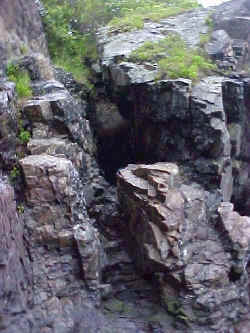 Swallow Cave near Nahant, Massachusetts is not a particularly big cave, but it has a reputation of being haunted by a witch. The story goes back to the 1700s when Natives were fighting with settlers in Lynn, Massachusetts and they hid up in the cave. A local witch helped out the settlers to find the Natives, but then begged them to not fire upon the Natives. She somehow managed to convince the Natives to go back to the Cape Cod area and there was peace. Later, when she died, the people supposedly buried her above the cave in memory for what she had done and her spirit was said to still haunt the cave.
Dungeon Rock Cave
Dungeon Rock in Lynn, Massachusetts, has a reputation of a potential pirate treasure within. A spiritualist of the times, Hiram Marble, thought he could find the pirate treasure and use spiritualist movement tools to do so. It was his ultimate goal to prove that spiritualists' tools were credible. Unfortunately, he went decades searching and died without making his goal.
Wabasha Street Caves 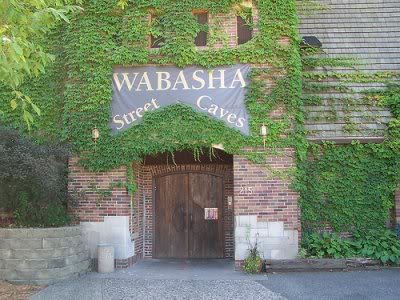 This interesting place has a sorted history. The Wabasha Street Caves in Saint Paul, Minnesota, is a building that leads back into caverns where they once mined silica. At different times, it was used for everything from gangster hideout to mushroom farming. An apparition of a man wearing a panama hat has been seen inside and a female apparition at the bar. Three gangsters in the 1930s were said to be shot down within the caves and they all have been seen at various times haunting the place.
Amusement
Now, this may be a "haunted cave" you are more likely to visit - the infamous "Haunted Cave" in Lewisburg, Ohio; a popular attraction!

Bizarre Cave Creatures
What about the creatures you might encounter? There are some very unusually adapted critters crawling and scampering around the caves - 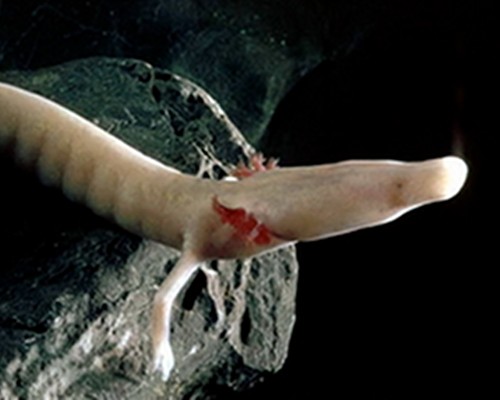 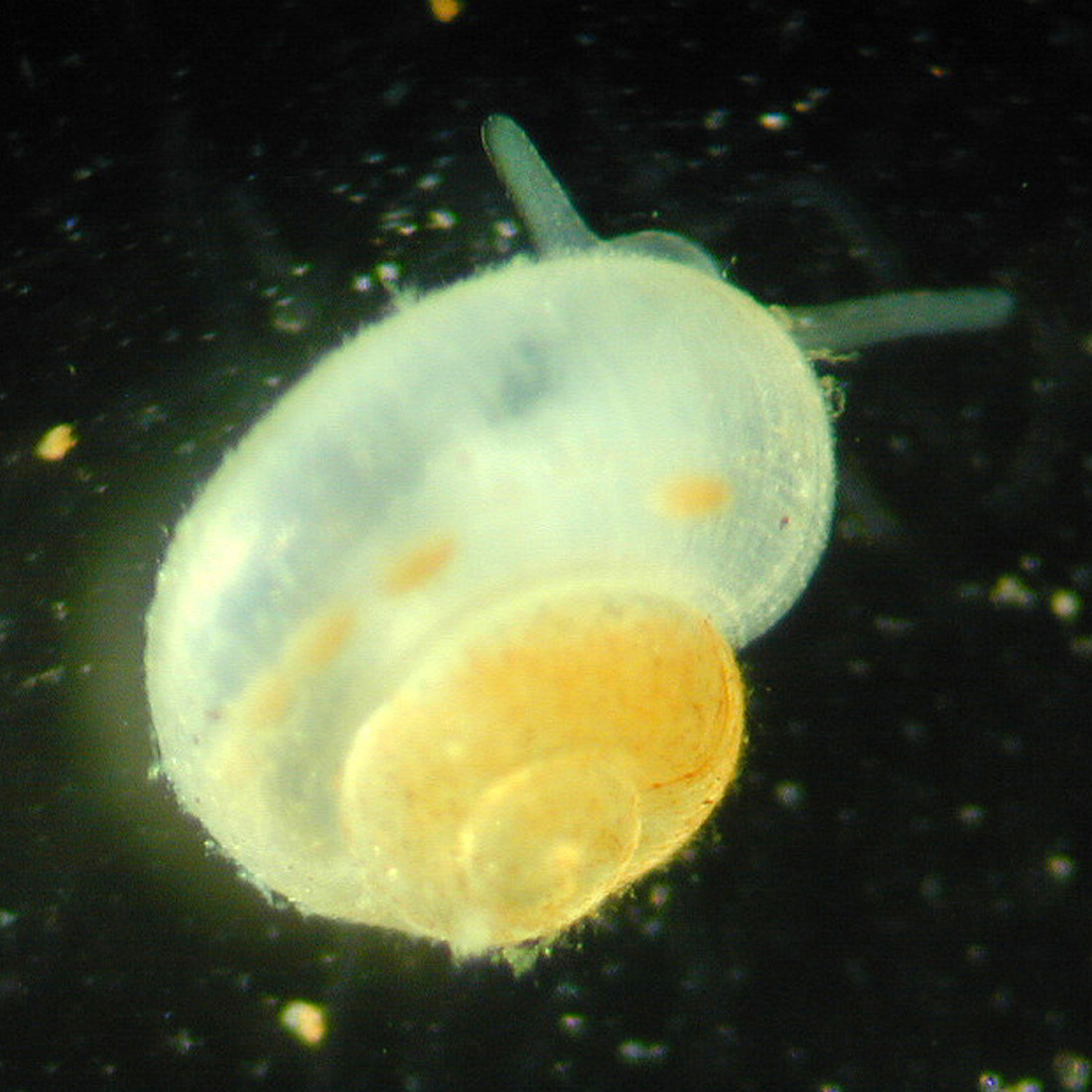 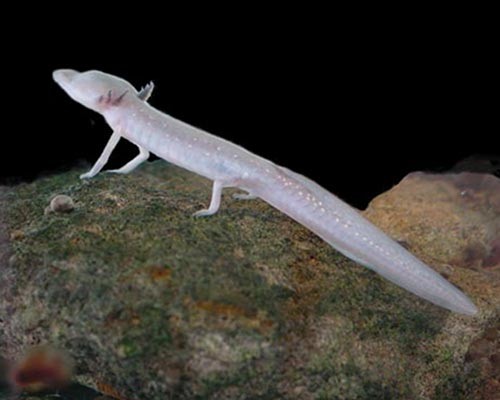 Another cave-blind amphibian
Cave Mummies
And, then, there are cave mummies found all around the world.  Outside of Manila, at Kabayan Cave, loggers found these coffins and mummies showing signs of advanced embalming techniques like the Egyptians. 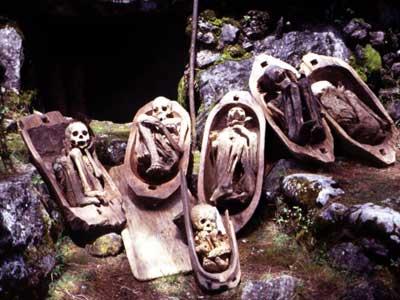 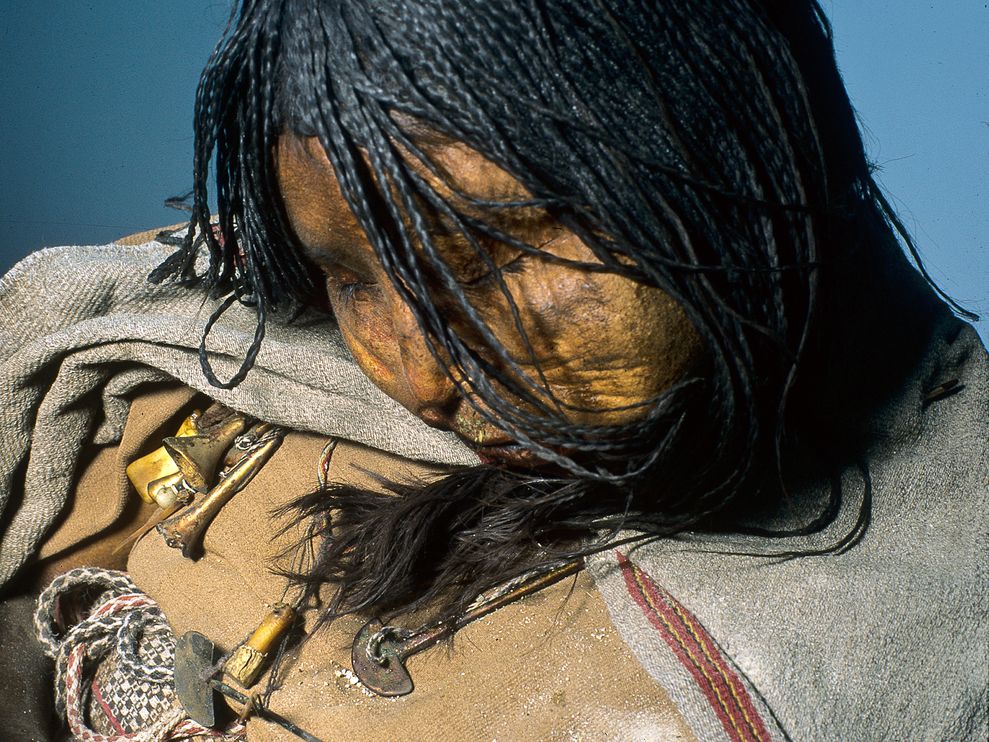 Spirit Cave
The Spirit Cave mummy is part of an ongoing dispute between the Paiutes who say it is their ancestor (although the find is 9000 years old, way before they came to those lands and bears no resemblance to their appearance or technology). If there is some justice, a DNA survey will be done - as they have already dated it and further analysis of hair or tooth or other material is of little consequence. The fact is, once this is proven to be of the First Migration to the Americas, we will have to rethink what we consider Native, as most anthropologists recognize three migrations to this continent.

Horrifying Cave Events
What about horrifying things that occurred in caves? 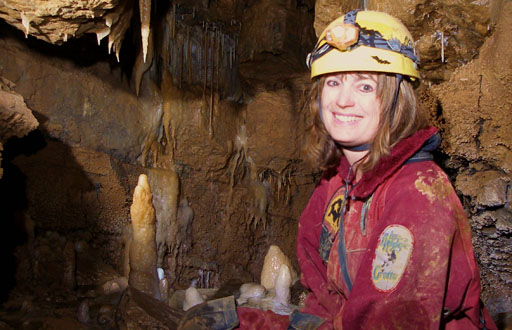 Marian McConnell wrote the book "Murder Hole"
This Virginia cave has a lot of local legends including a farmer who killed a tinker and threw him into the hole, a couple who couldn't marry, so they drove a cart into the hole, a man in a caving club whose rope broke, sending him falling to his death. Since then, dozens of people have gotten trapped, but no more deaths. All in all, it's a good idea to avoid this cave nicknaked "Murder Hole." 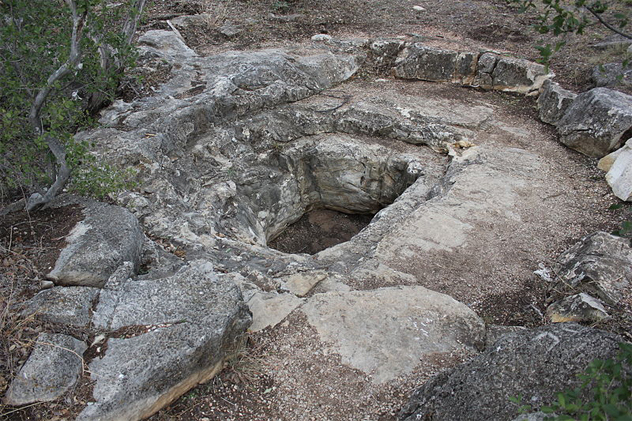 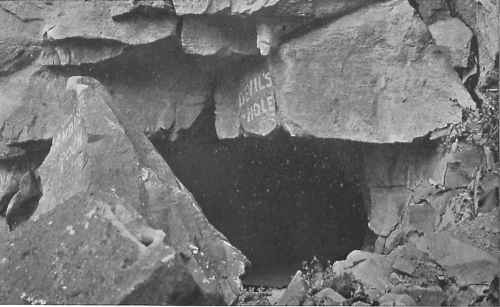 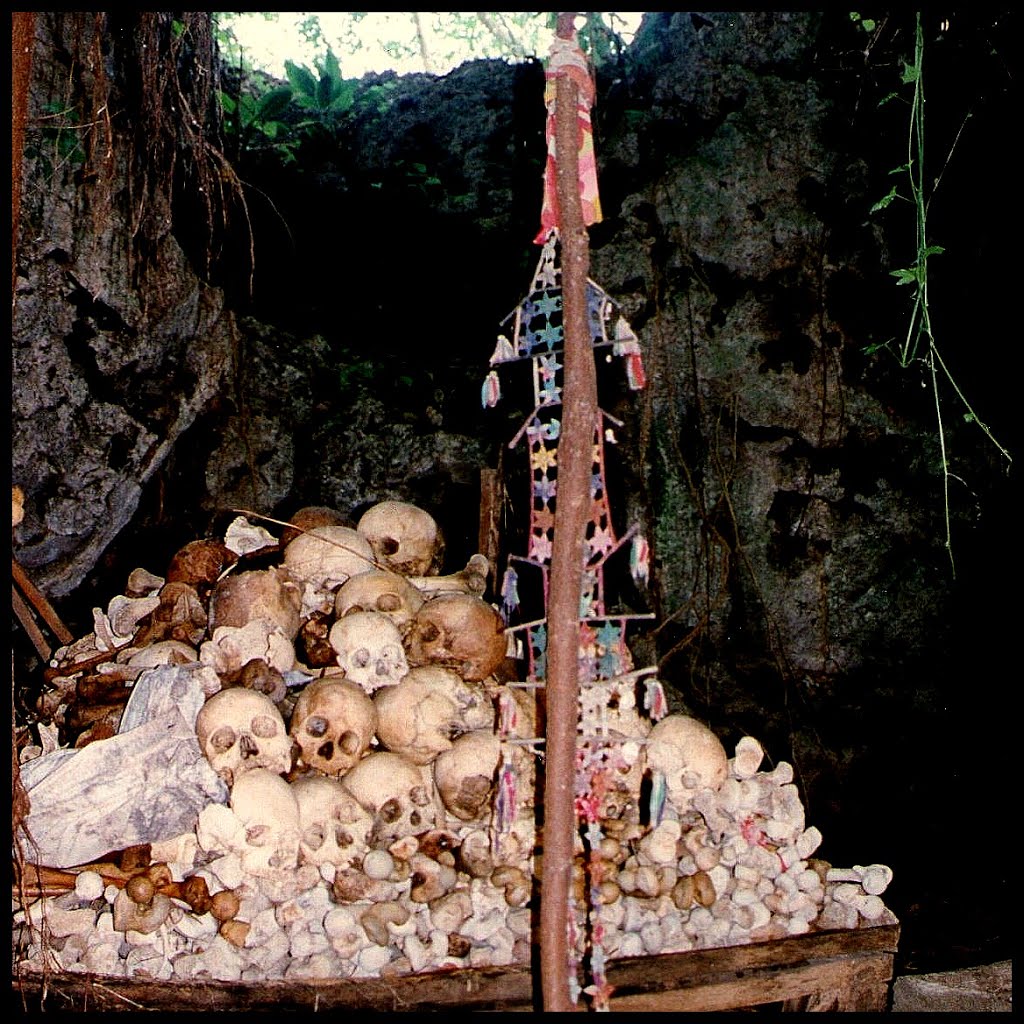 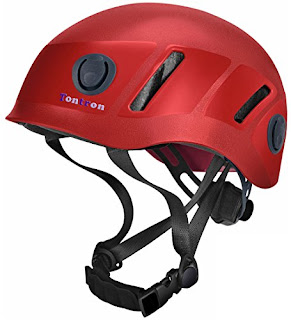 CAVE HELMET
Conclusion
I hope this has gotten you interested in learning more about what goes on in caves - in the past, the present, and in caves we have yet to find with treasures of science and history! 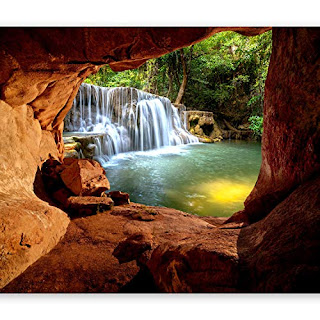 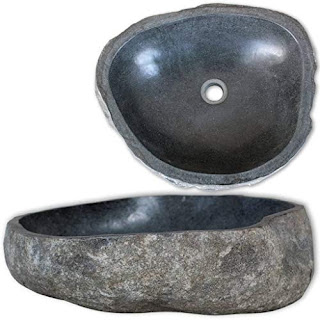