Findings in Waters Around Antarctica

The continent of Antarctica holds more mystery to the minds of citizens of Planet Earth than any other location. 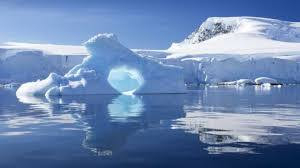 Even though it's barely temporarily populated throughout the year, the waters around Antarctica are observed for many reasons including documenting sea life and ice shelf changes.

And some of what has been discovered defies what we think we know about our planet.

Let's look at some of these "unexplained" things found around this icy continent. 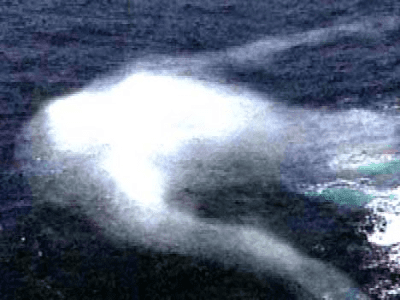 Passengers on a Japanese ship spotted something in the waters off of Antarctica that so shocked them, they had to name it and so they chose "ningen" which means "human being."
It was said to be humanoid in shape, but as long as 100 feet. Described as having a mermaid fin in back, arms, and a human-shaped body and head, this creature defines an icy mermaid.
Upon occasion, research vessels and fishermen report seeing this giant and odd-shaped creature. Is it humanoid or just some sort of octopus/whale-like creature that has yet to be documented?
eltanin antenna 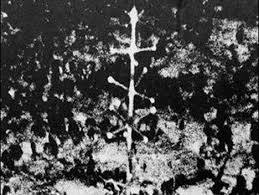 In 1964, near Cape Horn, an odd object on the bottom of the deep ocean showed up on some image scans.
Excited citizens speculated and with the Cold War in full swing, Russia was often the focus of the explanations.
It was later confirmed to be a deep water sponge. 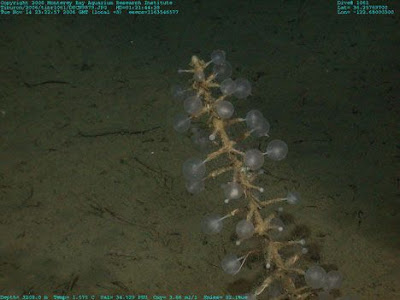 the largest soft-shelled egg
The largest soft shelled egg was found in the waters off of Antarctica. When examined, it was found to be a fossil of a 66 million-year-old egg. The find measures 11 inches x 7 inches.
They believe the egg to have been that of a giant marine reptile, a mosasaur.
headless chicken monster
This creepy sea creature is a form of sea cucumber. It has been seen floating on the surface in the Antarctic sea.

ghost ship "jenny"
No one is certain if the legend of the British schooner named "Jenny" is true, but it is a chilling tale.
It was said to go fishing for whales in the Drake Passage in 1823 when it got ice-locked and the crew remained forever frozen in the boat.

Twenty years later, they say, men boarded her and found the awful sight.

The tale says that the captain was at his desk, pen in hand and in his log he had written, "71 days without food."
To this day, folks believe the ship, abandoned by the discoverers, is still haunting the seas around Antaractica.

And here's some other cool finds - 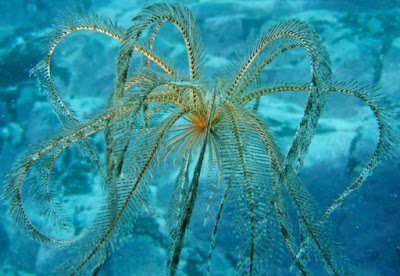 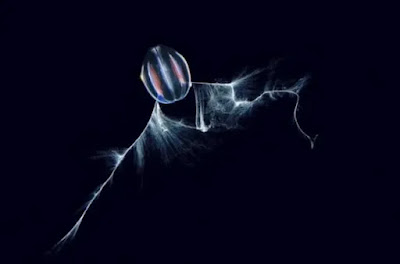 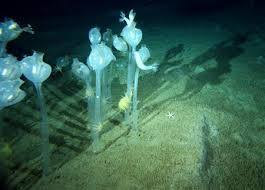 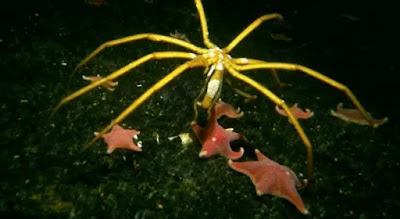 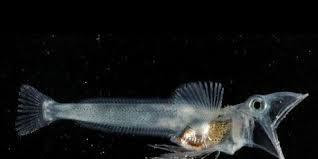 and let's look at some cool icebergs - 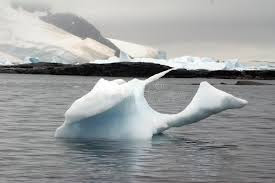 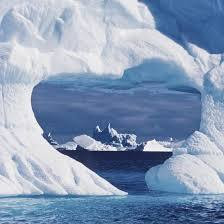 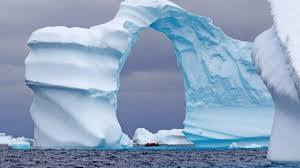 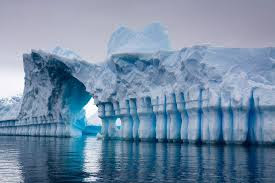