1970s Disaster Films and the Fears They Fed 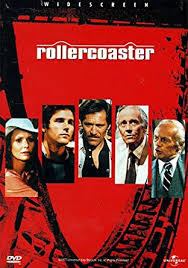 The 1970s were in a decline economically, fuel shortages, inflation, with a background anxiety about the Cold War and serial killers - the new hobby of a different culture.

It is no surprise the movies reflected this ongoing anxiety. In fact, many of us developed phobias from movies like "Airport" and "Jaws."

These movies touted lots of well-known actors and actresses, sometimes large line-ups to impress. Add to that the new technology of "sensurround" for movies like "Earthquake" and theaters had the public hooked.

-Enjoy the trailers - those narrators were awesome - very memorable trailers back then!


The Towering Inferno (1974) At the opening party of a colossal, but poorly constructed, office building, a massive fire breaks out that threatens to destroy the tower and everyone in it. Steve McQueen, Paul Newman, William Holden, Faye Dunaway, Fred Astaire, Richard Chamberlain, OJ Simpson, Robert Vaughn. FEAR OF HIGH RISES/FIRES.


Flood! (1976) After several weeks of heavy rainfall, the dam above Brownsville is short from running over. However the mayor refuses to open it's gates, because he fears for the fishes in the lake... and paves the way for disaster. Barbara Hershey, Robert Culp, Roddy McDowall, Carol Lynley. FEAR OF FLOODS/DAMS.

Avalanche (1978) The vacationers at a winter wonderland struggle to survive after an avalanche of snow crashes into their ski resort. Their holiday then turns into a game of survival. Rock Hudson, Mia Farrow. FEAR OF SKI RSEORTS/AVALANCHES.

Food of the Gods (1976) A group of friends travel to a remote Canadian island to hunt, only to be attacked by giant killer animals which have populated the place. Marjoe Gortner, Pamela Franklin, Ida Lupino. FEAR OF CONTAMINANTS IN THE WATER/ISLAND ISOLATION.


Fire! (1977) A convict starts a fire in a forest to cover his escape, but the fire goes out of control and threatens to destroy a small mountain community. Ernest Borgnine, Vera Miles, Patty Duke, Donna Mills. FEAR OF FIRE

Cave-in (1983) A group of strangers become entrapped in a cave after it collapses. A fugitive among them claims a hostage as leverage for means of escape. Susan Sullivan, Leslie Nielsen. FEAR OF CAVES


The master of disaster was Irwin Allen, a writer, producer and director. He was known for writing and producing some classics like "Voyage to the Bottom of the Sea" and "Five Weeks in a Balloon." 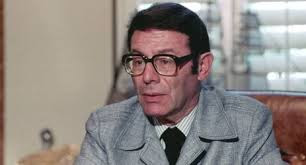 What made Irwin Allen so notable was his over-the-top contributions to the 1970s disaster films, earning him the loving title of "Master of Disaster."

Here's a tiny portion of his contribution to disaster film (not taking into account loads of tv - like "Lost in Space," fantasy films and documentaries) -

It isn't surprising that the eco-conscious 1970s gave us disaster films as if warning us we had gone too developed/too synthetic too quickly. We had made going to the moon seen mundane and produced fake foods like Tang and Pringles for the American diet. We struggled with pollution and clean air and water acts and considered that perhaps nature would eventually fight back. And in 1970s films, it did - big time!
Now that we've entered a new era of the same conditions - I expect our-greatest-fears films to be the happening thing again.
Here's your summer escape to the 70s -