We have assumed dinosaurs are long gone, but a climate that is ideal for such creatures still exists in the Western US and a meat-eater would have no issue running around our deserts and finding kills.

Is it possible that dinos could be running under the radar today? The answer is - YES! 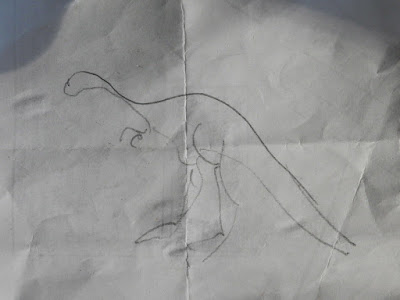 In fact, a tourist with other witnesses came to a park service person to reveal a sketch they made of some dinosaurs running in a "flock" around the desert in the Moab area. The park service mentioned others had been seeing them too.

Their sketch is on the left. I have compared it with a known dino in Utah, the Utah allosaurus. Similar, huh? 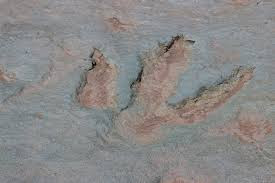 Dino tracks abound in this region of Utah, but what about in fresh mud?

One brave researcher has been tracking them in the mud! Yes, the mud!

To add interest to this subject, for years I talked with the late JC Johnson from our Crypto Four Corners group about pterodactyl-like creatures that were supposedly coming up from South America to nest in the bluffs in New Mexico to lay young ones. We talked a few times about an expedition to the bluffs to get a closer look. Sightings of them in New Mexico and other areas in the US like Fresno, California are pretty common.

The Navajo Nation has a cautious but open attitude about the UFOs, skinwalkers, flying leathery creatures, little people and more.  The area of Upper Fruitland has many reports of odd creatures of a variety of types. Brenda Harris, also of Upper Fruitland, said it took her a while to talk about her sightings of a pterodactyl, a winged Jurassic dinosaur, in the late 1990s because she was wary of the humiliation. After talking about it, though, she found many of her neighbors had similar experiences.“A lot of people are opening up,” she said.

From a very professional source who is trained in being a star witness, photographs reached my hands that showed what without a doubt appears to be a pterodactyl-like creature in the sky in Central California. Others in the area have reported seeing this upon occasion, as well. Some researchers have been chasing the caves to find their hiding spots.

At some point, I hope to get permission to share these photos, but the individual is still in a profession that could be harmed should anyone realize it was he who took the photos and shared them.

LINK: February 1976, San Antonio, Texas: Three elementary school teachers saw what they described as a pterodactyl swooping low over their cars as they drove. They said its wingspan was between 15 and 20 feet. One of the teachers commented that it glided through the air on huge, bony wings like a bat.

Perhaps the most commonly talked about possible dino remnant is called Mokele-Mbembe in the Congo River basin.  Locals reporting something repeatedly is often a tip off of something REALLY being there. Just look at the Mountain Gorilla found officially in the 20th Century but being reported by locals for decades.

The Mokele-Mbembe is reported by locals to have a body like an elephant but a very long neck and tail. This sounds a lot like a sauropod. 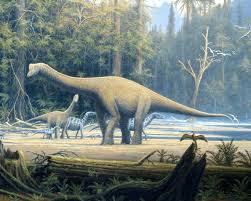 In a variety of locations in Africa they report modern-day sightings of dinosaurs thought to be long extinct. If you were to consider an area on the earth a dinosaur might find a climate and plant life and large prey (elephants and rhinos) to feast upon, Africa would be top of the list.

People are still reporting sightings of dinosaurs around the globe and a good many of them have said nothing for fear of sounding insane.

Do you want to go looking for alive or dead dinos in Utah? Here's a great link to Dinosaur Diamond Prehistoric Highway. What a trek!!!