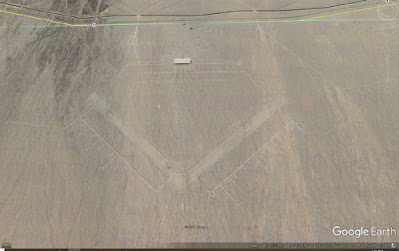 As usual, I've been having fun dinking around Google Earth to look for fun stuff. I seem to find the mass of it in desert areas as the ground exposes every detail.

This desert ghost town sits between Twenty-Nine Palms and the Colorado River. The army had a support command air strip there in the early 1940s, but it was actually built perhaps in the 1930s. On Halloween 1944, it was considered surplus and shut down for the military. But, later it was used as a place to train flights for missionaries. In the 1950s it was changed to a private airfield. And, in 1960, it was abandoned completely. 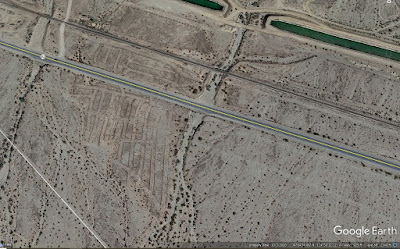 There are some crumbling graffiti-sprayed remnants of buildings and an old gas station's bare bones. There is also a fence where for some reason people trek out and hang up shoes! 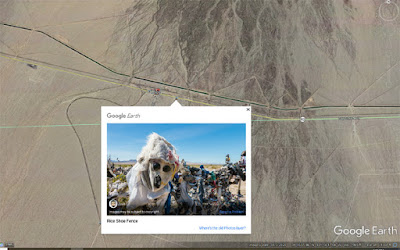 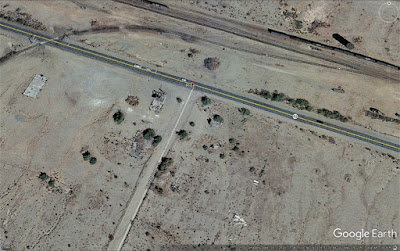 And, if you're curious about what it's like on the ground, one of my favorite YouTuber sassy southwest road-trekking ladies, Wonderhussy, did a great video recently -