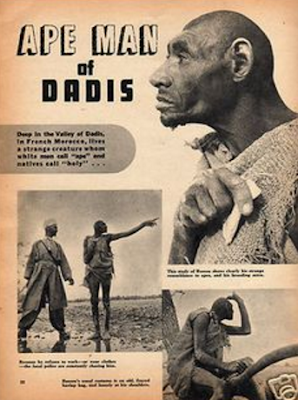 With all the possibilities of shapes and sizes of humans, as well as genetic anomalies, there will upon occasion be a human whose looks get a good deal of attention. Such is the case with the "Bassou Man."

Born in 1931 in Morocco, Azzo Bassou was immediately noted to have some unusual features. Speculation abounded that he might be the result of a human/ape mating.

As his behavior was very much like that of an ape, eating what they eat, living in trees and caves, running around naked, grunting without language, it pushed the case for him being hybrid even stronger.

His arms almost reached to his knees. He had a sunken forehead, small head, high-rising ears, and long nose.

Scientists at that time studied him and compared his skull to that of a Neanderthal. He became known as the Neanderthal Man.

Sadly, he died at the age of 60 and many questions about his origins and DNA studies were never done.

He did have two sisters with similar features, great strength, and lived in a similar manner.

Ultimately, in retrospect, it would seem that the three were all victims of microcephaly. 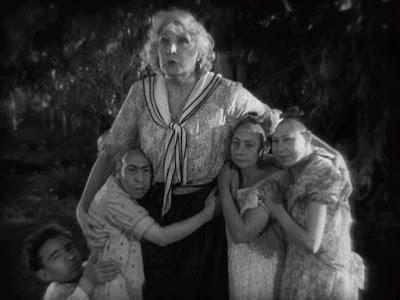 The high-riding ears, head shape, and mental incapacities might jive with microcephaly, but some aspects, such as his extremely long arms are rather unusual.

Why was Bassou man and his sisters different than us? We may never know.