The Magnet Experiment That Unlocked the Paranormal 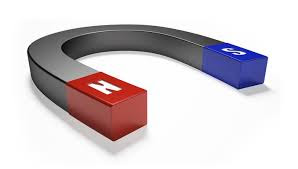 Not many people speak of it and yet it has highly intriguing implications.

Five years ago, I tested this concept, placing the magnet inside of a sweatband worn around the forehead. I had my team wear them all evening as we did a ghost investigation. Nothing was reported, but then we were not putting ourselves through exposure regularly as the experiment above.
Here's another interesting concept to work with in conjunction with the effects of monopolar magnetism on matter - what about sound frequency effects on the pineal gland? Let's look at a couple videos that might get you excited about this subject.
First, (below) here's a video about magnetism and the body.
And, here's a video (below) about infrasound frequency effects on water.
Over the years of studying ghostly phenomena, one thing I found baffled me and this study might shed light on it. My team is not particularly psychic, but on certain investigations they all encountered the unexplained and said, "wow, that was an active night." As a psychic, I can say it was no more active than usual, but the team was able to perceive the activity on that night. So, I looked into electromagnetic storms which are known to affect the pineal gland in the brain. What I found was that 100% of the active nights, there was an EM storm of significant size.