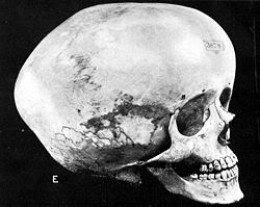 The Boskop Man (Homo capensis) was discovered in 1913 in South Africa. Digging commenced and more of these skulls were found, revealing that it was not an individual with a deformity.

Their appearance would have been very child-like with a small face but big head. 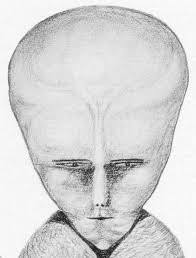 It's also surprising that they existed in that area around 12,000 to 10,000 years ago. Did we mate with these big-headed people? Why did they not survive? What lineage do they descend from? 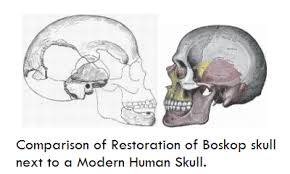 As is usual with extraordinary finds, they were dismissed as mistaken or simply variations of humans. As usual, academia got scared and ran.

Their larger brain reveals a higher intellect (25% bigger brain). It is estimated by some that perhaps them interbreeding with other forms of human might have ended in a bottleneck because birthing larger skulls could be deadly.

LINK: For many people, including Dr. Ed Spencer and former member of the Legal Department at the World Bank, Karen Hudes, Boskop Man is the tip of an enormous iceberg. Spencer and Hudes suggest, as recently as in a 2014 podcast on Canarycryradio.com, that the rejection of Boskop superiority is a cover-up.

Spencer and Hudes suggest that Boskop Men were another humanoid race on Earth that constructed megalithic structures around the world, and prison cells in South Africa to keep other human species as “their pets.” Spencer and Hudes also query whether ancient Egyptian Pharaohs may have been Homo Capensis themselves, including the Pharaoh Akhenaten who, they posit, may actually have been Abraham or Moses.
It is exciting that even in these "modern times," we manage to come across new forms of man we didn't know about and even traces that they had bred with us and left their DNA, such as the Denisovans discovered in 2008.
I hope to see more info coming forward as they take a look again at these big-headed relatives.