Gothic Horror Movies: Atmospheric Ones Without All the Gore 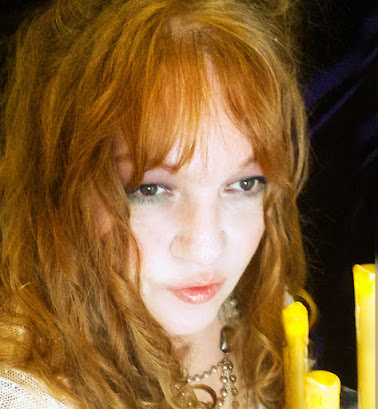 For those who aren't into slasher gore and shock factor, but enjoy the dark, atmospheric, storytelling of a good gothic horror movie, I have a list for you!

Sit back and enjoy knowing you won't be grossed out and you'll have a plot and haunting score, darkness and stormy nights to satisfy your romantic tastes.

I'll even tell you what it is I adore about each one to see if it matches your own romantic movie-watching needs.

This gothic tale has a woman (Nicole Kidman) living in a big old house that is blacked out because her children are photosensitive. She comes to believe the house might be haunted.

What I love about this movie is the isolated location and the odd quirks. When you come to realize they can't go out in the light and they are rather alone in their beautiful old home, the mother's protection of her children is quite admirable and the fear of intruding spirits is well played. This is the kind of movie you watch when it's quiet, alone, and the popcorn bowl is full because you may not want to even sneak away for a snack.

The Woman in Black

A lawyer is sent to a remote village where he finds out a scorned woman's ghost is taunting the people of the town.

My #1 favorite thing about the movie is the location. The creepy isolated house, the rooms with animatronic old-fashioned toys and the generally drafty ghostly building. I just want to try and stay the night there alone.

In 1913 a charming and seductive travels to England to find his immortal love.

If you are into a romantic and sensual film with a man that has hypnotic eyes, this one is delicious. It's like a bodice ripper for the mind.

Although Tim Burton once again diced and sliced a classic plot, visually this film is one of the most atmospheric, gothic, Halloween'esque films produced. When a police investigator is sent to a small town, he is confronted with a headless horseman ghost who is decapitating the locals.

Bad plotting aside, this movie was autumn on crack. If you want to just go into wet, chilly forests with falling leaves, and dark haunting spooks, this is the most twisted tree location ever. I want to be in this world and spend about 8 months of the year there! You can almost smell the rotting leaves on the ground.

If you are hankering for a film that feels like frosty New England Halloween in the olden days, with creepy twisted forests and rustling leaves, this is the ideal!

Perhaps the best ghost movie ever! The creeping darkness, the team locked into the mansion with a grim history, the pounding on the walls, the jiggling of doorknobs. Your mind fills in the blank spots with your own imagings. Fantastic cast and script, expertly directed by Robert Wise, and based on one of the best horror novels of all time, The Haunting of Hill House by Shirley Jackson.

This movies brings it all, thoughtful intelligent dialogue, great acting, amazing setting, suspenseful scoring, and pacing that teases the terror out of you. Simply the best ghost story ever.

On a rocky Cornish seaside cliff, a brother and sister buy a cottage but it appears there is a ghostly inhabitant already. A 1944 film with so much class and atmosphere!

What I love is the setting and the locals, but also the snappy dialogue, the haunting lingering anticipation of a ghostly visitor in a very gothic setting among the cliffs.

This classic Brit tale has been redone many times, but go for the 1961 Deborrah Kerr version. A woman is hired as a governess for some children and comes to believe the house and grounds are haunted. Based on the tale, "The Turn of the Screw."

I love the setting and I feel for the governness. You can't help but read the signs along with her and come to the same conclusions.

Post WWI during the spiritualist movement, a skeptical woman goes about disproving seances and ghosts. When she is called to a boy's school in the English Countryside, she gets more than she bargained for. This is a fantastic strong female lead and a hauntingly creepy atmosphere and the ghost element was utilized with great expertise!

This one caught my eye for the time period which was well recreated and some character background that makes you understand the heroine's reticense. It definitely gives you chills without the gore.

This modern-day gothic is fantastically woven for greatest surprise and terror. An American woman is hired by a British couple to babysit their child while they go on holiday. Well, the child ends up being a doll that she must treat like a real kid.

The building is what got me at first and the thought of "what would I do if...." The heroine is torn between her past and her present and the growing terror is so subtle and yet so scary!

"The Legend of Hell House"

Create your own movie-watching atmosphere -