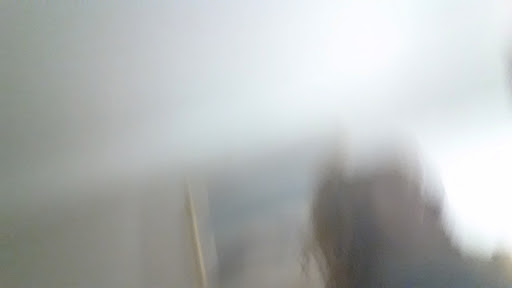 I'm thankful on a ranking done on line, mine was the #1 ghost hunting blog in the world. It takes curious and intelligent readers to get that position!

It takes some time and experience to determine what ghost hunting tools work best. Investigating versus research is a big jump in thinking. I always suggest you first determine why you are seeking ghosts before you determine the best tools to use.

My personal purpose in investigating ghosts is more about learning how they work. Whether they are interdimensional, spirits of the dead, or some strange glitch in our matrix that occurs periodically under the right conditions, I still want to understand how it does what it does so I can chase it back to the portal or at least create longer interactions.

Many are interested in proving the afterlife for their own edification and others hope to prove ghosts exist to others (impossible feat), and still some want to just encounter something that makes them in awe of the world again.

I don't want to chase false avenues of devices that give cool effects but can also be attributed to other sources of origin, I stray away from the trend-of-the-day equipment. I'm more interested in what the natural world is doing and not the radio signals being caught on receivers. 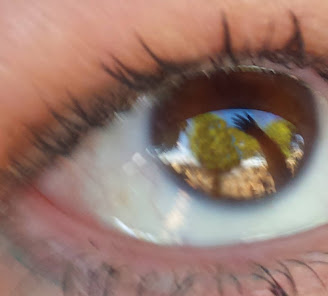 Thus far, human beings are the single best ghost detector. Cameras miss apparitions. Audio doesn't always capture those low growls or the presence of infrasound which is definitely felt in the body. Being touched? Well, only a human can tell you that occurred.

Too many researchers are looking at their instruments to tell them if a ghost is present, but if they were to give their five senses to the process, they would experience more. The only people who resist going out without equipment are the folks who want to prove ghosts exist or that a location is haunted as they hope the tools will give the ultimate proof, but sure enough all proof undergoes great questioning by others.

We walk around with a magnificent computer atop our shoulders. What if I miss gathering evidence? Well, your evidence will go under great scrutiny but your personal experience with a 5- or sometimes 6-sense spectrum is going to yield you more understanding and knowledge of conditions, emotional states, physical states, timing, and other factors that made that witnessing possible.

Perhaps some of the best evidence and most interesting experiments involve the audio spectrum. Cameras so rarely get anything truly unexplanable but in the spectrum of sound, audio can be captured. And, one doesn't need an elaborate setup, just a digital sound recorder and perhaps an omni directional mic if you want to take it up a notch. Electronic voice phenomena (EVP) are captured more often than other methods.

I used to find it dubious at first until after decades of investigating I realized that much of the odd occurrences on earth are related to fluctuations in this field, whether it's electromagnetic storms from solar flares/space weather or the fact that 100% of the times a EM storm was occurring, the entire research team had encounters (I believe this is related to making the brain and senses more acute). When there are spikes in EMF from something like an electromagnetic storm, people have intensely vivid dreams and report much psychic sensitivity and better testing on psychic tests.

Whether a ghost "manifests" causing spikes in electromagnetic field or

If you are going to be scrambling around in darkness in hopes of catching something, infrared helps in two ways. In one way, it offers the ability to view your surroundings as if it's daylight, seeing objects and other members of the team readily. And, to our benefit this means opening up a spectrum of vision our eyes simply can't obtain. Should something show up that our poor senses can't discern, the camera might help with viewing it.

FLIR (forward looking infrared) opens up a spectrum of vision that is in the thermal spectrum. Being able to see where temperature changes are occurring is a helpful tool in discerning any kinds of energy changes in the room as temperature is a value that represents an energy process. 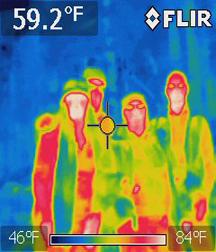 There is plenty of equipment with exciting results that look impressive by speaking or showing stick figures moving around the room, but researchers should be honest about whether they simply need to see something every time they go out to feel satisfied. Investigating haunted sites is not that active or that sexy. It's rare that true phenomena occurs, so need to create it.
This is my top 5. I'd love to hear what your top 5 are.