The Man Who Ran With Bigfoot 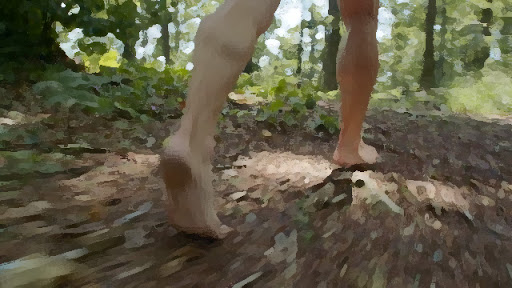 Sometimes, you come across info that needs to be shared. Yes, it's sensational, but knowing the source of it and the details as well as evidence, it's hard to hide what might educate curious minds.

This is such a case -

Within a tight circle of researchers who quietly work without notoriety or fortune, but a deep abiding passion for archiving information, a set of photos and a story came to me that was later confirmed by the subject.

This was nearly two decades ago when a man in Texas lowlands, having had a fight with his wife, took off in his truck with some beer.

When he finished one can, his mind filled with frustration, he tossed it into the thicket.

And the can came sailing back.

He was definitely tipsy, but he wasn't scared. He picked up a cold beer and tossed it into the bushes.

And the opener snapped.

Soon, a few giant hairy men emerged from the bushes. He was frozen in place, studying them. They had gray-blue skin in the moonlight and their hair was all shaved into the shape of a mohawk.

Over time, he met with them, brought beer, and they wrestled. He reported it was the worst kind of roughhousing ever as they were so powerful they didn't realize they were battering the crap out of him.

But he couldn't help feeling a connection with these "outlaw" people of the woods. And they trusted him more and more each time they encountered each other.

Over time, they let him run with them. They performed hunts at night, and they allowed him his cell phone so he could be connected to his family, but they would not allow him to take it out and use it around them.

Their home was a cave on a ranch property. The ranch owner realized the clan was there but did not bother them as they would kill all the wild boars that came upon the land, a task he greatly appreciated. 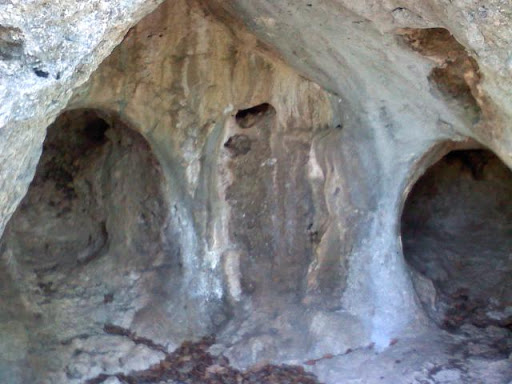 Given the rather unnatural smooth entrances to the cave, one has to wonder if they had done some work to smooth it. 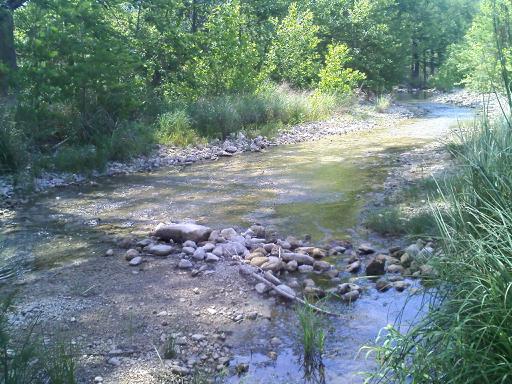 Not far from the cave was a great water source. 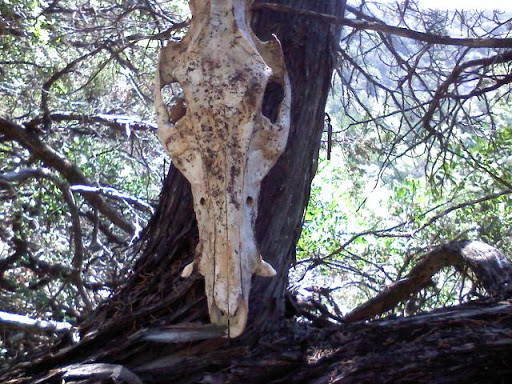 Nearby they hung skulls as markers of their land. This is very common and I have run into this, especially in Texas. 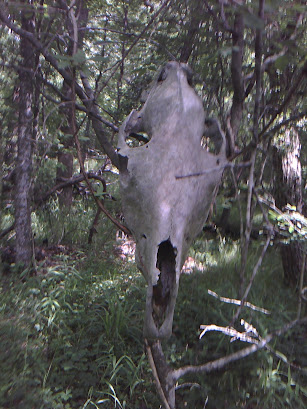 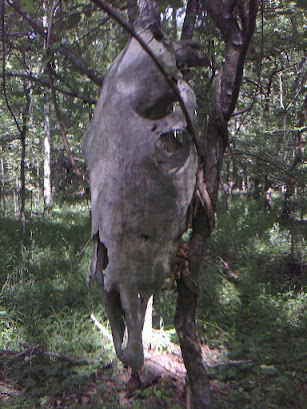 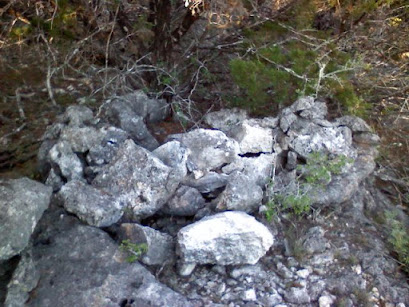 Supposedly, the clan liked to get a buzz on as they were reported to carry gourds that often had fermented berry/melon juice in them.

I find this interesting, as I have conjectured that the end of berry season when they ferment on the vines, you might have a good chance of seeing one as they would risk much to gather these and often times roadways and fencelines, other disruptive areas, tend to have the most bushes. (LINK to my post about this)

This is still unfolding. I hope to share a photo soon taken when the clan would play tricks on the man. One would pop up at his driver's side window when he arrived and parked. He knew this, so he had a camera ready. He managed to snap a shot of the forehead and top of the head of one member. When that photo is available, I'd like to share on here.

Just know that what we think we know about Bigfoot is often being revised as we learn the truly close encounters some have but don't share.