The Enfield Poltergeist: Real or Hoaxed? 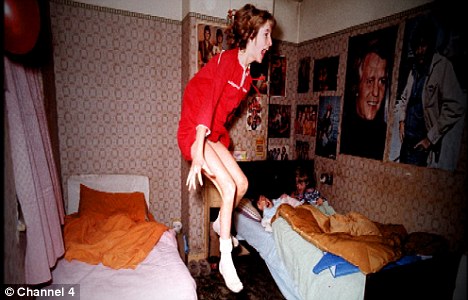 It was the daughter, Janet, who was the focus of much of the supposed torment. She would go into trances in which supposedly objects moved and reportedly a fireplace was yanked from the wall. The photo (above) was said to show her levitating, but appears to be nothing more than a child bouncing off the bed.

No doubt this case will stay alive as an example to some as a perfect textbook case for poltergeist activity and for others it will represent a ridiculous hoax. Future generations of people living in that building might reveal more to the story as proof and to those who believe in the genuineness of the Enfield Case, they might explain lack of activity as the haunting finally moving on.