My UFO Incident With Witness 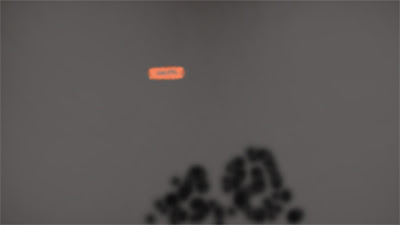 Perhaps it's because our sky has 180 degrees to view objects and clear skies almost every night, but Arizona is a UFO hub.
Over the years, I've seen a billboard-shaped one, some beautiful plasma-like red-orange orbs, a triangular one, a saucer one, oblong ones, and now I can add a bar of orange light.

The evening of July 6, 2020, Dennis Guern and I were sitting on the patio talking about a friend. Several months prior, we had been in the yard when we saw a red light overhead, it was a hazy one as if cutting through some thin clouds or something. It moved toward the ground more and more and bigger and bigger. We both were amazed. Then, it seemed to richochet off into the sky faster than the blink of an eye.

Well, as I sat on the patio this evening, I saw the light in the distance. From my area near South Mountain in Phoenix, the light was in the southwestern sky, about 30 degrees up on the horizon and over an historic "town" called Mobile. It doesn't have a town per say, but a designed area in the desert.

This was about 22'ish miles distant as the crow flies. 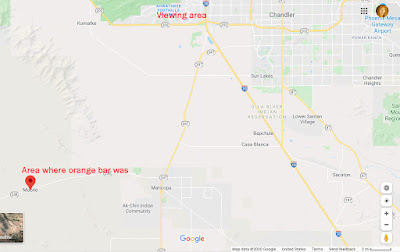 It is interesting to note that Dennis and I had photographed a set of objects in the sky in nearly the identical place over a year ago. 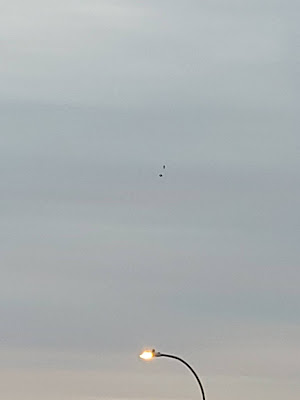 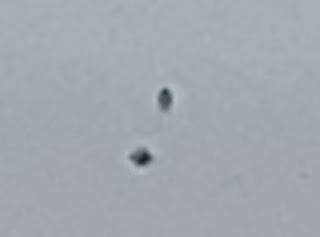 zoom from picture above

The reason we hang out back so much is to watch South Mountain where we have seen some strange lights for almost 2 years.

On the evening of the orange-bar light, I was seated on the patio looking to the southwest and Dennis was standing on the edge of the patio. We were both looking out to the southwest when I said, "look, there's the red light again."

Dennis looked up just as the light disappeared, but then above where that light had been, a strange long bar of hot orange-colored light showed.

It reminded me of if you pushed open a front door's old-fashioned mail slot and saw light inside.

He replied, "what the hell was that?" And then he described to me exactly what I saw.

Dennis reported seeing something brownish within the bar, as if it there was a darker structure within. From where I sat, I was so in awe of the shape and color, baffled by how it could be so perfectly rectangular and pondering the size of it that I didn't note that aspect.

It was gone within a few seconds. It just sort of turned off but with a speed that felt more like blowing out a candle than turning off a light switch.

It was so odd to see that weird red round light first and then see this. It drew both our attention to that part of the sky. I had to wonder if it did got our notice for that very purpose, to witness the orange bar.

It was in this same area where I had some red-orange orb encounters with a friend about 7 or 8 years earlier.

We were in the desert near Mobile, AZ and set up a telescope to see the sky without city lights when we started viewing orange-red orbs that danced and moved closer and then further away, turning on and off, sometimes chasing each other, sometimes just one.

And, I recall in my mind thinking, "come back lights!" and then they would come on again. I came to feel after a time that my will was somehow connected to the timing of them showing. That event lasted about 30-45 minutes. 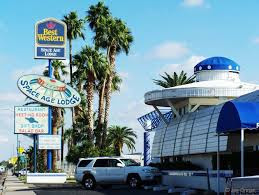 In general, I've found there's a reason there is a Space Age Restaurant in Gila Bend, AZ that is decorated with aliens and UFOs. That whole area is rife with UFOs. My best friend Julie and I went back to the red-orange orb area and saw something that looked like the Phoenix Lights even of a vee formation of lights turning on and off and of massive stretch.

The story gets even weirder. After seeing what was a beautiful and amazingly impossible sight, I went to sleep. At 4 am, I woke up and looked at my clock and heard a car on the roadway beside the house. I thought to myself, "wow, that person goes to work early." But the sound was the usual muffled sound that a house provides from noise.

Then, at 7:30 I woke up again having fallen back asleep. I woke up to the sound of noisy traffic and it was really loud, as if I had no window.

The day had been around 110 degrees. I haven't opened a window in the house since early April. The window has three hanging plants hanging low in front of it, about chest height, and the drapes are on a pull-cord rod. I had closed the curtains before dark because that's always my routine so I can go in the room and turn on the light without all of creation seeing me.

I went over to the dresser near the window and heard another car go by and I was certain the window had to be open. I pulled back the drapes and the window was wide open. It can only be opened from the inside and the screen was still intact and in place. So, however it opened, it did it from inside the room between 4 am and 7:30 am.

There were likely few to witness this thing in the sky because that area of county is sparcely populated. I do hope someone comes forward.

What happened with the open window - that is truly chilling!

Incidentally, just recently a friend of ours was driving through the northwest when he started clicking pictures to share his journey with his friends. As his car had gotten rear-ended on the trek, he wanted to get back home across country and get seen by a chiropractor. But, when he settled in and looked over his trip pics, this one below confounded him. 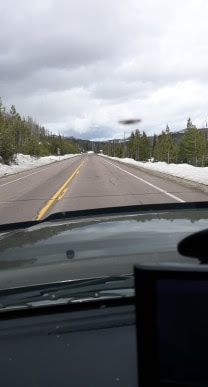 I decided to zoom in on the object. The odd thing about it is looks nearly identical to what Dennis and I saw in Phoenix, but ours glowed orange. 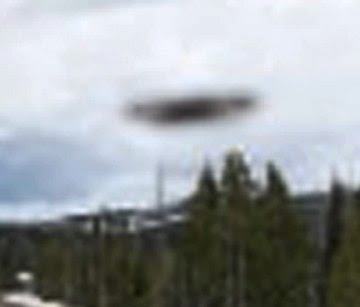 He looked at a shot about 7 frames before this one that was out the windshield also, thinking perhaps it was a bug. 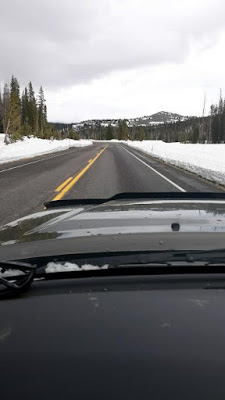 As he was focused on his recovery from the car accident, his vehicle had sat in the driveway untouched. When he checked the windshield - no bugs!

It seems as if strange oddities are occurring at a faster pace lately and I think that's a sign of the times. Some new agers might attribute it to some great turnover in humankind in which we enter a new era of consciousness.

I tend to think we are being tested on what we can handle of the depth and breadth of our universe. We get little samples to make us ponder, knowing that the omniscient view of the universe would likely be incomprehensible.