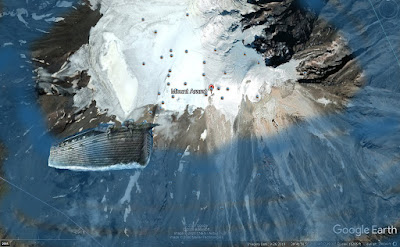 I was watching Noah's Ark documentaries today and pondering if anyone thought about this legendary landing logically.

Let's assume the voyage floated around with two of everything (including kangaroos, polar bears, and thylacines), we bypass the details in the Bible and consider the concept of this having been a literal voyage.

Let's get to the point where the rains stop and they land on Mt. Ararat. That's assuming it's the tallest peak above the water. And, the Bible wins on this one because if the Noah-party-of-8 landed on the peak above the water in Turkey, they were landing at the highest peak in that region.

*My logic will let me bypass what the chances are that it landed in the region of mankind that was writing the scriptures and not, say, on Mt. Hood.*

But, if other peaks were under water they they had to land at the summit above water where it was likely solid ice. I will allow for the explanation that maybe with all that rain, there was no ice up that high. There was still a very thin atmosphere and no resources to help these survivors.

If the boat settled on this highest peak, Noah and his passengers would have been screwed. Let's say they really meant the logical thing, that Noah's boat came to rest in the water where there was land and not that it "settled" on the peak.

Boats don't land on earth. The boat skirts up to the shores of the land and get grounded, but that would take some flatter piece of ground.

They can get out if they wish, but moving all those critters at 17,000 feet and getting down the mountain is a bit arduous, to say the least, especially for people and animals not acclimated to 17,000 feet altitude.

So, let's say logically that they anchor themselves at the new-found land and await the waters to recede. When waters recede, the ark lowers each time.

Researchers looking for the ark at the peak of the mountain are assuming - the boat became grounded on an icy peak and that eventually ice covered the ark and the crew and the passengers all hiked down the 17,000 feet to settle in what is present day Armenia or Turkey.

If you were a boat just floating without sails above the pointed peak and steep slopes of a mountain, as water lowered, it would push you away, not landing on the steep sides, but once you had a grassy meadow plateau below you, when water receded, your weight would drop you on that meadow to be planted there.

Looking for the ark at the summit makes no logical sense.

I grew up with the legend, about 90% of the cultures of earth had a flood story. I truly believe a deluge existed, perhaps planet-wide. Each culture says it slightly different, but keeping some of the same features like a select family, a giant boat, animals, and a bird sent out to find land.

Well, he wasn't a sea captain and there were no sails. So, God navigated it. Let's assume God didn't leave the anointed family to cobble down an icy mountain peak at 17,000 feet with all the samples of the Earth's critters trailing behind.

There is a fine line between blindly taking the story exactly as is and understanding Noah, a logical and pious man, a few hundred years old, in charge of the last of humanity and animals, doing God's work that he would make the best chance for survival.

And, that's giving Noah a lot of credit because you first have to get over him building a 450-foot boat and collecting critters from around the world.

I love this story.

If there IS a chance of finding an ark, they need to lower their elevation and use their logic to find a decent plateau that a sinking boat of that size and weight would land upon. Maybe they should be testing this in a sink of water with a pointed mountain, drain the sink and see where Barbie's boat lands.

I mean, after all, the logic thus far has been rather crude. I wanna keep this simple.

I really hate to see these righteous folks making dumb stabs in the dark to find the boat. Faith is what drives you, but logical actions are using what God gave you. 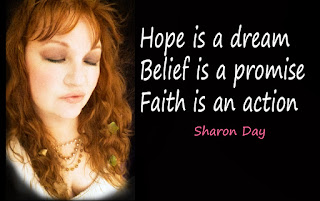 Here's to finding the Ark in the sweet spot located by logic and protect all those who dare to challenge the mountain.